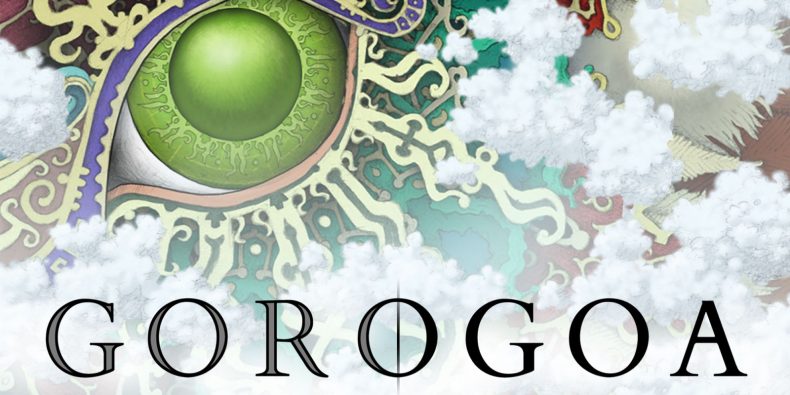 I like a good puzzle, despite not being very good at them. I particularly like them when they’re part of a story-based game, such as the old Broken Sword games or some of the older survival horror titles (I will never forget solving that piano puzzle in the original Silent Hill), but Gorogoa isn’t really either of those. It is unique, however.

Gorogoa begins with a strange creature flying around a city, and a young boy who seems to want to find it and communicate with it. Without dialogue or basic storytelling, it’s difficult to say what exactly the game is really about. Even by the end, I was still none the wiser. But it’s beautifully presented and there are hints of story here and there, possibly more easily seen by those with a bigger brain than mine. The way to commune with the creature, it seems, is to find five magical balls for some kind of offering. And so, with this in mind, the boy sets off to find these spherical trinkets.

This is where things get even weirder. You see, finding these balls isn’t as simple as visiting a few locations like Nathan Drake or Lara Croft might; it’s a little more complicated than that. The main mechanic of Gorogoa is moving scenes around so that they connect in abstract, yet somehow logical ways. Let me explain, as you’re no doubt confused. Hell, I’m confused and I’m the one writing this bloody review. When the game begins, you’re presented with a large square in the centre of the screen, split into four smaller squares. In one square, you’ll watch the animation of the boy as he’s watching this mythical creature in the distance. Once the animation ends, the scene will remain static and you’ll use the mouse to discover clickable elements within the frame. This zooms into an item or pans across to another room, but soon enough you’ll find yourself dragging the image onto another square, revealing another scene underneath. Often, scenes will have a window of some kind and, once layered over another scene, this window will reveal something integral to the plot and your progression.

This mechanic is incredibly intelligent and certainly unique, and it gets more and more complex as the game goes on. There are six chapters, with five of them focusing on the retrieval of each magical sphere I mentioned earlier. They seem to span different locations and even periods in time, which further increased my inability to make any sense of its plot. But to be honest, the story felt less important than the puzzles contained within the two hours of Gorogoa.

Logic plays a big part in solving the puzzles throughout the game, as often it’s just a case of finding a ledge in one scene, that can be placed alongside another scene’s ledge to create a walkway. Or it’s about using a star to bring a lamp’s light to life, attracting a moth that then offers the next layer of the puzzle in the design upon its wing. That said, it sometimes stretches logic a bit and you’ll be forced to think outside the box, which can sometimes go against the flow and make things too complicated. During chapter four, for example, it becomes necessary to create multiple scenes at once, putting them together to form larger, animated scenes that will alter the state of each individual square. While this is happening, you’ll need to move other scenes around and prepare to switch things around quickly. The game doesn’t exactly ease you into this during earlier chapters, so it can become a bit overwhelming. That said, more intelligent folk than I might not struggle quite as much, but a truly great puzzle game would subtly teach players of any level, through intelligent gameplay mechanics as you play. It is possible to beat Gorogoa’s puzzles using brute force as I did on one particular occasion, but it should never have come to that. It might seem like I’m being overly harsh on the game, but I want to assure you that it really is a good puzzle game. Its use of space in those four squares is phenomenal at times, and it’s a great feeling when you work out the solution to a particularly difficult brainteaser. Gorogoa also looks fantastic, thanks to its beautiful, hand drawn animations that often look like moving paintings. The variety in each chapter is great too, offering something different each time you’re presented with the next piece of the story.

But that is where things go a little wrong, too. The story rarely makes any kind of sense. I came away from the game’s ending none the wiser about what happened. Considering its brief length it’s not easy to overlook poor storytelling, especially when other games have done better, even without dialogue. It’s a shame, because Gorogoa is genuinely a good game with plenty of depth in its design, but sadly its problems do make it hard to recommend to anyone other than the most dedicated puzzle fans. Even then, I’m not sure it lasts long enough.

Review code provided by GOG.com
Liked it? Take a second to support GodisaGeek.com on Patreon!

An intelligent puzzle game, Gorogoa certainly tests your logic skills, but it also forgets to really teach you how to handle later chapters when things suddenly get much more complicated.