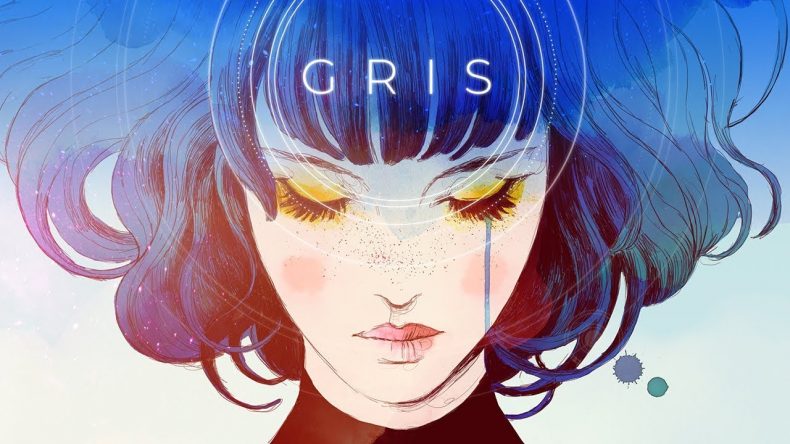 My Spanish isn’t very good. It was one of the languages I never learned at school. Had it been, my awareness of the title Gris as being Spanish for “grey” would have felt a little more poignant as I was playing, especially when coupled with the game’s description. Apparently the story centres around the titular Gris, a girl dealing with a pretty sorrowful experience in her life, and the world around you is of her mind, and in it she is metaphorically dealing with her problems. I use the word “apparently” pretty deliberately there because none of this context is shared with you, nor are you given any indication throughout; instead it leaves the experience open to interpretation. And sadly, that’s exactly the approach it takes with its gameplay as well, as Gris becomes one of the biggest missed opportunities of the year.

The first indication is the lack of instructions regarding the controls. Sure, movement and jumping were easily figured out through a process of elimination, but a lack of guidance meant I wasn’t sure from the outset whether I was missing something. A quick peruse of the controls in the menu told me that’s all I had to go on, it was just a shame I had to look in there so early. It might seem like a niggle to pull out at the start but it’s indicative of how Gris sets out its stall. It’s a title that seems content to let you figure out how it wants you to play it, and what you have to do, and makes no apologies for it. Gris is a bit of a Metroidvania type, in that as you progress you unlock additional abilities that allow you to overcome new obstacles, some of which are visible to you earlier on, that you know you’ll have to come back to. There are two main problems with the execution of it, though. The first is that apart from the central hub location that you return to at the end of each section with a new ability to advance to the next, there is no backtracking of previously cleared areas. Once you’ve returned to the hub, old routes are blocked off, which creates a very linear adventure, which wouldn’t be a problem apart from the fact that there are optional items to collect in each one. And because there is no indication of which way is the right way, and also no method of retracing your steps when you accidentally progress the story instead of searching for collectables, you can easily miss things. And that makes the completionist in me very angry, and brings into question why they are there in the first place, because they reward luck over judgement, and prevent you from investing additional time to see everything Gris has to offer.

The second reason why the Metroidvania genre fails is because traversal is designed very much with skills or abilities that you unlock later on in mind. Whilst there’s not a lot of backtracking per se, there are times when you’ll be going over old ground, but due to the story, different ways of getting around are now available to you. These new methods are significantly quicker than your original method, which is simply to walk left and right constantly. What this means in practice is that for the majority of the first hour of a game that is only several hours long, you’ll spend a disproportionately large amount of time simply walking. And that walking will be very slow, and it’ll be across a world that feels empty and is devoid of threat or challenge. You’ll get a little bored, maybe even a little fearful you’ve missed something, but then as you unlock more skills, the pace picks up and gets into more of a rhythm, offering more sprightly movement and more thought-provoking platforming elements. And when its few hours are up, you’ll likely be left wanting more, with a feeling that it’s over just as it was getting into its stride. The decision to have such a slow and plain start with little direction was likely one born out of a desire to set a certain tone, an ambience, and that is certainly borne out of its visual and audio design. Frankly, Gris is bloody beautiful, with pastel shades, and gorgeous lighting effects surpassed only by its stunning soundtrack as the perfect accompaniment to the experience. Not since Okami have I felt the expression of positivity, optimism and good overcoming bad expressed in such a perfect harmony of sounds and visual effects. It never failed, even after experiencing it multiple times, to stir up a joy within me that in today’s hustle and bustle is easy to forget still exists. It would often elicit an involuntary smile, and it’s that happiness that makes me want to love this game more than I do.

But fundamentally, Gris is a game, and I get the distinct impression it forgets that at times. It is clearly beautiful to look at, and a wonder to listen to, but I always felt Gris was well aware of these strengths, to the point where I believe it thinks it’s better than it is because of how it looks and sounds, and forgets that within that world needs to lie a game that is enjoyable to play in between those joyful moments. Walking for the best part of an hour isn’t engaging, neither is being locked out of collectables, nor is not being sure if you understand what is going on. Whilst there’s a lot to be said for nailing a strong look and feel, that doesn’t give it a free pass to be average in other key areas. And that’s a shame because the main idea and premise are sound, and the puzzle and platforming elements really improve in the second half. If the experience of playing the game had been thought about as much as seeing and hearing it, we could really have had something special on our hands. Unfortunately, it smacks of a missed opportunity to be the complete package that could have made it a sleeper hit at year’s end.

Gorgeous visuals
Stunning audio
Platforming picks up in second half

As an audio and visual package, Gris is stunning. However some missteps in gameplay prevent it from being something special.