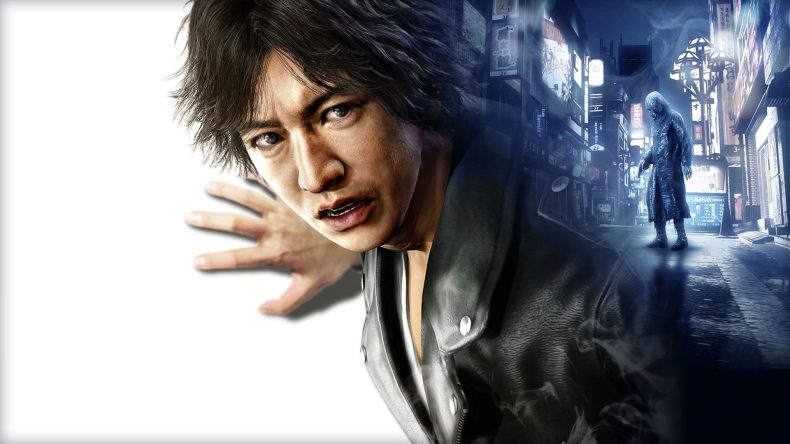 I’ve been an astute follower of the Yakuza series for two decades, and when it ended with Yakuza 6 last year, I thought I’d never get to experience a new game in the same world. Kamurocho is a vibrant and seedy district of Tokyo that I’m completely in love with. I’ve spent hours in the SEGA arcades, eating fancy meals in most of the restaurants, and playing a whole range of games such as baseball, Mah Jong, and Poker. Kazuma Kiryu is an all-time favourite character of mine, and when I said goodbye for the last time, it was like saying goodbye to a member of the family forever. Judgment may not be another Yakuza game, and the protagonist isn’t a familiar one, but Ryu Ga Gotoku Studio has crafted something that still feels like a Yakuza game, but adds plenty more layers to a solid foundation they’ve spent twenty years crafting.

I’m not sure what I was expecting from Judgment. The trailer made it look like a Yakuza spin-off, and the setting was the same one as we’d seen in countless Yakuza games. There’s fighting, mini-games, the same kind of eating establishments and bars that almost make it a carbon copy. However, there’s one big difference that manages to make it feel like a very different game. You’re an investigator called Takayuki Yagami, tasked with unravelling the mysteries of a serial killer who’s gouging out the eyes of their victims. There’re a lot of cutscenes and cinematics, but that’s nothing new when it comes to Ryu Ga Gotoku; at least they help to flesh out the story with some dramatic TV crime type material. Throughout Judgment, you’ll do everything from exploring crime scenes and track witnesses, to quizzing various individuals and tailing potential suspects and dodgy civilians. Whilst there’s still a good deal of fighting to be done, your PI duties often take precedence and make the general rigmarole of being an investigator quite a different task. You’ll still run around and encounter streets thugs and other burly fellows who want a piece of you, but they can be avoided if you don’t want to waste your time beating them up. There’s plenty of reasons to do so, but the seamless transition of running into trouble and running out is smooth, so you’ll not be stuck behind load times.

Combat is still as quick and thrilling as it’s ever been, taking more of an inspiration from Yakuza 0. There’re two fighting styles that can be switched between using the D-pad, making it easier depending on who you’re fighting. Crane-style is more focused on fighting multiple enemies, with sweeping strikes and distance made when landing a punch, whereas the Tiger-Style is better for fighting one individual because of the swift and direct attacks doing more damage and helping you stick closely to your opponent. There’re plenty of upgrades for both fighting styles that allow you to perfect your craft and can be earned by spending SP that is collected throughout the game.

New features to combat include wall-running and diving off to land a punch or kick, and having these abilities as an option make fights much more exciting than they ever have been before. You can also throw enemies through glass windows, and when fighting in enclosed buildings the level of destruction is amazing. New Friend Events allow you to complete missions for local people, and in turn can help you out. One shop owner gave me the ability to utilize my EX power to have them come and help me in a fight, but there are lots of others scattered around. With the new investigative mechanics, much of Judgment becomes laborious, as they’re not implemented as well as they could be. Tailing suspects goes on far too long, and whilst it’s a nice idea, the constant need to find a highlighted spot to hide behind isn’t always smoothly done. At one point I’d followed someone to a location, but the next scene didn’t trigger and I wasn’t sure what I had to do next, causing me to restart from my last save. There’re photos that need observing – as well as crime scenes – and you’ll need to pick out places of interest, but quite often you don’t know what you’re looking for. There was a stain on one of the victims, but I couldn’t find it anywhere. Thankfully the image I was looking at wasn’t to big, so with enough trial and error I managed to locate it, but it was only through sheer luck that In did.

There are other investigative mechanics you can use, but generally they’re all too clunky, dragging down some of the game’s best moments. The drone has to be my least favourite inclusion as it’s tricky to move and find the person you’re looking for. The story is excellent, and feels much darker than anything Kiryu-san had to deal with, including plenty of twists and turns. Yagami is an interesting character, and whilst never quite living up to the same calibre as Kiryu-san, he still has enough about him to keep you engaged in his own tail of redemption. After all, he did stop a murderer from going to prison, only for him to kill his girlfriend in a horrific house fire. Judgment is a solid game let down by some of the investigations, but the combat is great, with an interesting story set in an almost-alternate reality of Kamurocho we’ve never seen before. The new Twitter-like app is great, and allows you to find people of interest whilst checking their feeds, and the bubbles of information that pop up over people’s heads are rather amusing too. Some of the side missions are a little silly, especially the weird sex-related ones, but despite all that, it’s not a bad way for the Yakuza developers to go now their flagship franchise is no more.

Many of the investigations are dull
Tailing suspects is a chore

Judgment is a new direction for Ryu Ga Gotoku, and whilst it isn't on the same level of Yakuza just yet, there's plenty of room to grow.