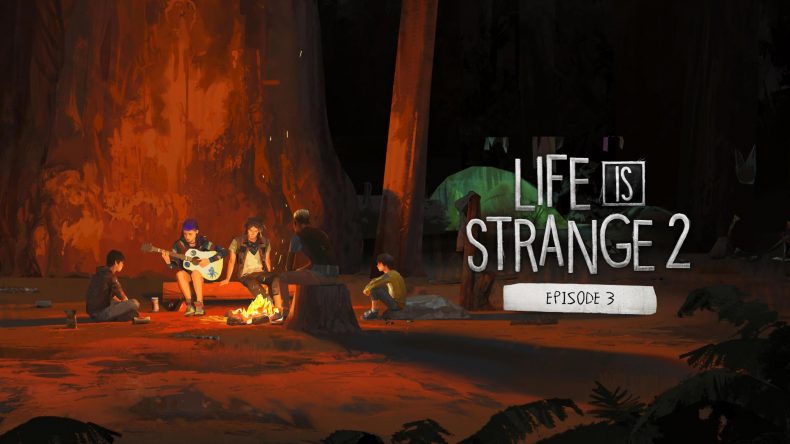 Being responsible for a child isn’t easy. Before, your life is pretty carefree, you’re spending your money as you want to and doing the things you like to do, but once that child comes along, everything changes. I have a friend and he’s just had a kid, yet he and his partner are struggling to come to terms with the changes this has caused to their lives. When thing’s are no longer about you, life changes in a big way.

Life’s hard for the Diaz brothers, losing their dad in episode one, then finding themselves turned out of their safe space in episode two, the boys now find themselves working in a pot farm for a man by the name of Merrill and, as you’d expect it’s not really a place for a nine year old boy. In this farm Sean and Daniel have met back up with the wanderers Cassidy and Finn from episode two, and are making themselves useful to earn money to finance the rest of their trip to Mexico. It’s been a bit of a bumpy start to this series, a great first episode was let down by a lacklustre second and here things don’t really improve. At least this time around the writing is a little better with some genuinely touching moments between Sean and Daniel, not to mention their fellow workers on the farm, but once again there’s not really anything in the way of puzzles. This episode, however, does contain a considerable amount of nudity, but character models range from wow to yikes. Seriously at the end, Daniel’s model resembled a gouraud shaded PS2 monstrosity and I have no idea how that happened.

This episode generally revolves around Sean’s insistence on protecting Daniel while Daniel loathes Sean’s desire to spend time with people his own age. Sean is also incredibly wary of Daniel’s budding relationship with Finn – a wannabe beach bum – but one that is way too hard working. Considering that we join the kids working on a pot farm you actually partake in very little actual work; there’s a bud trimming mini-game that goes on a bit too long and that’s it. I’d have liked it if there had been other duties or roles to fulfil, things to clean up, picking to do, but, well, nadda.

Being a father and knowing that a child needs attention, I made a lot of decisions that resulted in Sean being around Daniel more often, but this was all pushed aside for the episode’s story, and while they’re within their right to tell their story it does put a hamper on the feeling of your choices influencing what goes on. But as with the other episodes there’s a summary of your choices at the end and some of the events I didn’t see kind of enraged me because it appears that doing the right thing wound up being the wrong decision. There’s something sorely missing from this series of Life is Strange Pretty much all the scenes revolve around you just finding the trigger to move onto the next part. There’s very little thought involved here and I really miss the puzzle elements from the original series (oh for something comparable to the time bending pipe bomb puzzle), but at the very least it has heart. Despite how Daniel treats his older brother you can’t help but want to protect him, or is that just me? It’s probably me, but the thing about this series has always been how the two brothers interact and this episode almost implores you not to take part in that.

Finally, this episode’s shock moment isn’t as easily telegraphed as previous episodes, but overall once the credits started rolling I really felt that it was all a bit ‘meh’ and if anything I felt only confusion. I really have no idea where this is going to go from here, but I really hope it improves because I want the story of the Diaz brothers to be a life affirming experience, but currently it feels more like a mid-life crisis.

While Wastelands improves on episode two for the most part there’s still a long way to go to hit the heights of season one.