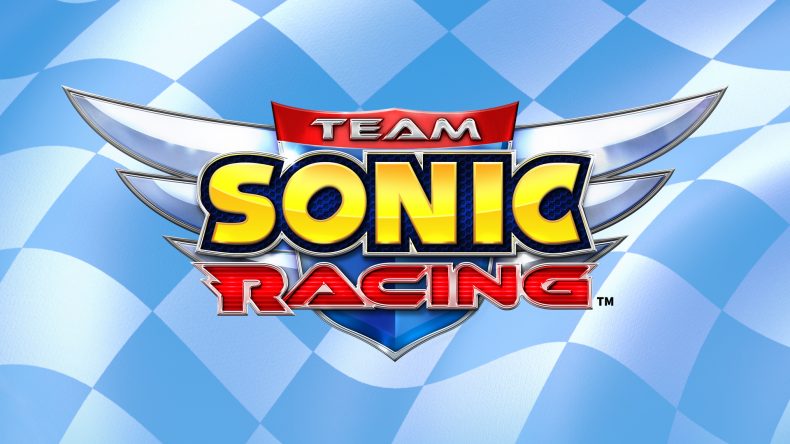 The Sonic and Mario battle for dominance is one that shaped 90s video games. And with the release of a karting game that features SEGA’s blue-haired speed machine, it’s no surprise for our immediate thoughts to revitalise that age-old battle for supremacy with the world’s most famous portly plumber. Indeed Nintendo’s best selling title for Switch isn’t just the elephant in the room, but more like a herd of them squashed into the box-room of a one-bed semi. So let’s address this straight away, Team Sonic Racing isn’t as good as Mario Kart 8 Deluxe.

But that certainly isn’t the whole story here.

The clue is in the name, with “Team” being the operative word, but rather than just a catch-all for the roster involved, the game uses it as a core mechanic that genuinely does change the way you race. Because rather than the karting being a solitary, almost selfish experience, races are completed in teams of three. Points are awarded for your finishing position and then pooled by team, with the victors being the highest scoring team overall irrespective of which individual actually won the race.

Rather than this simply being normal team kart racing, there has been considerable thought to how you can work as a team throughout races. For example, the racer furthest forward in your team will spew golden tyre tracks behind them, which when folled will give teammates a slipstream-style boost known as a Slingshot. You can also brush past teammates who have slowed down, giving them a Skim Boost helping them back in the action. If you get an item you don’t want, you can offer it up to your team, which makes all the difference to friends that are languishing near the rear of the pack. All these actions, as well as shunting out rival players fill up your Ultimate Meter. Using it will give the entire team a significant speed boost for a period of time and also allow them to smash through obstacles. It doesn’t last long but can be extended by shunting racers whilst active. It sounds simple, but it can be a big benefit to the entire team, and if activated multiple times in a race, can have a big impact on the final outcome.

Despite sounding rather inconsequential, the Ultimate Meter, the options to support teammates, and that all-important victory being down to the performance of everyone all dramatically alter how you take on a race in Team Sonic Racing. You’ll find yourself more often than not offering up items to help other people, keeping an eye out for teammates to Skim Boost or grab a Slingshot boost from. If you’re riding high out in front, then you’ll also want to make the Slingshot stream you’re creating easy to follow for other people to get the most from it. It can make fast-paced karting even more frantic as you’re looking at your teammates’ performance whilst keeping one eye on the track ahead, always considering your next team move whilst trying to navigate the tracks and avoid the pitfalls that lie in wait, either from the environment or from your enemy racers In terms of racers, the roster consists of 15 to choose from, with 12 racing in most races, comprising of four teams of three. Fan favorites such as Knuckles, Tails, and Amy make an appearance as does the infamous Dr. Eggman. However, being a game that promotes teams of racers, it seems odd that this roster is smaller in size to Sonic & All-Star Racing Transformed and the decision to stick to just Sonic franchise characters also makes the tighter roster feel limited in scope and imagination somewhat. And whilst I’m loathed to reiterate the comparison it does look paltry compared to Mario Kart 8 Deluxe’s bumper 42 character roster from multiple game franchises. An effort has been made to combat this by grouping every character into one of three classes: Speed, Technique or Power. Speed racers as the name suggests are blessed with the most pace, whereas Power characters are the bulkier ones, which can hit obstacles and not lose any speed. Technique racers are more about handling and don’t slow down on rough terrain, often allowing for little unintended shortcuts. And don’t forget it isn’t just down to your personal preference, but if playing as a team, knowing what your role is as a certain Class can help the team to victory.

There are 21 tracks to race on, all of which are nice to look at as you blast along them. The tracks themselves are perhaps slightly longer than your average karting track which isn’t necessarily a problem, and most have good item spacing for consistent frantic racing. It also feels like there is enough individual personality with each having a unique identity, something which is crucial to establish favourites amongst the fanbase over time. Most are thoroughly enjoyable to play with a good mix of themed settings and traversal and a smattering of unique objects to circumnavigate. However, if I was to criticise the levels it would be that a couple seem to go for style over substance, with there being so much going on in the close background just off-track it can avert your attention from the direction of the track. There are also sections of some tracks that go off-piste and you transcend into the sky on a shimmering racetrack. This can be very difficult to follow if you’re new to the track, often leading to some frustrating errors. Most of those track grievances will be overcome with more playtime and familiarity, and there’s certainly a lot of content in the game to allow for that. There’s a Team Adventure mode, which acts as a story that can either be played as a single-player experience or as local multiplayer. Here you progress through an overworld map consisting of various races and challenge modes, completion of which will award you with stars and key allowing you to progress. As you do so, you’ll uncover more of the plot surrounding mysterious Grand Prix planner Dodon Pa, and why he’s invited all the racers to his new karting tournament. It works fine if a bit drawn out and a little unnecessarily contrived to serve as a narrative between consecutive races. And the challenge modes are a nice touch that requires you to utilise the game’s drifting mechanic to score points and extend the time of the challenge for as long as you can. Replaying them for higher scores can get addictive, it’s just a shame that their execution is limited to the Team Adventure Mode with no online multiplayer component available.

And speaking of multiplayer, this works reasonably well, with my experience so far being of decent framerates and performance whilst connected to others. Being before release, I’ve not managed to test a 12-strong race of connections, but nothing I’ve seen so far gives me cause for concern that the game won’t run well, despite some characters being AI-controlled. You can either create custom lobbies and tailor your racing experience with various modes – including a straight up non-team race if you prefer. Ranked matches are also available which affect your online rating, and thus the calibre of opponents you’ll be up against. The one drawback of my online experience so far is the drawn-out end of race proceedings. You have to sit through a run-down of everyone’s placing, then transfer that into points, then watch a protracted accumulation of team points in graph form before a team is finally declared the winner. And then your points are tallied and converted to credits, the game’s currency. It’s a necessary evil of the team mechanic at play, but it prevents the game from moving forward quickly, especially when you just want to get back into the action. Those converted credits accumulate after every race and are used to buy Mod Pods in the Garage section of the game. These unlock customisation parts for different character’s vehicles, as well as single-time use buffs that you can apply should you need a helping hand in a race. Buying these Mod Pods though is painfully slow, each one costs 10 credits and is opened individual in a small ceremony. Considering you earn between 20 and 30 of these credits per race, they soon add up. A quick glance at my current total of 530 credits makes me shudder at the thought of going through this process over 50 times, and that’s before I accrue even more. Given there are so many parts per vehicle to unlock and an arguably infinite number of buffs to acquire, a bulk-opening method of this would make getting to the customising part of the game – an actually interesting, and intuitive if simplistic part – a little less frustrating.

Team Sonic Racing then sits in a pretty unique position. It has its flaws and its niggles, but most of these, however, sit outside of the actual team racing, which by and large is a very enjoyable experience. Those problems though can make it look rather inferior to the superlative competition. However, by changing the rules of what constitutes a kart racer it manages to carve out a pretty unique space for itself. And that means that despite its imperfections, what you have is an enjoyable and very different racing experience that actually complements rival titles rather than directly competes against them. You’ll race in a very different way, more selfless and considerate than you have before. Karting has never been this friendly, and you’ll soon realise that victory tastes sweeter when achieved together.

Team Sonic Racing isn't the best karting game out there. But its well-executed team mechanic changes the way you play, making it a worthy addition to the genre.