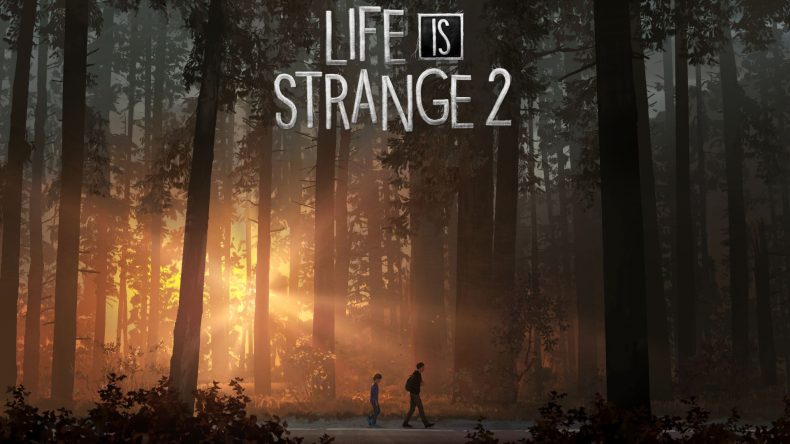 It wasn’t even an hour into episode one of the second season of Life is Strange and I was in tears. Anyone who is familiar with how the series is structured should know that tragedy is never far away.

It starts off innocuous enough with camera footage from a police car’s dash-cam, but when the cop stops mere moments later the cop is thrown through the air and his car is upturned; it’s only a little while after , when main protagonist Sean gets off the school bus and walks home that you realise that this is the same road, when you check his mobile it’s the same date, something’s going to happen, but when? An altercation with the Diaz family’s racist next door neighbour awakens a latent psychic ability within Sean’s nine year old brother Daniel and from then on their lives are never the same again.

Before that point, looking through the Diaz household and talking to their father (Esteban) you can’t help but love what a close little family they are. Papa wants Sean to have a professional running career and realises the temptations he too had when he was younger. He’s a man who just wants the best for his boys and works damn hard to do it too. The work that’s gone into this game along with the switch to the Unreal engine is obvious, with an aesthetic that a considerable improvement on the first season’s Unity effort. Papa Diaz’s face is noteworthy for the sheer amount of emotion it displays despite his short screen time. Sean’s mobile conversations with his friends and family show that there’s a great assortment of people for him to confide in with his problems, and his journal is a lovely window into his world as well; full of playful sketches of his family and friends, some in animal form, leading me to ask if Sean is actually a furry, a quick look at his laptop shows a Twitter profile with a furry avatar, so… maybe? Anyway, Sean Chronicles all the events in his journal with suitably excellent drawings and witty comments, it’s a porthole into the mind of the seventeen year old as his life is thrown into turmoil by events outside of his control.

Then there’s little Daniel, a boy who I desperately want to scoop up in my arms and reassure that everything’s going to be ok. My own son is eight years old, and I see a little bit of him in the wide eyed wonder Daniel expresses as he looks around the world. The longer Sean doesn’t tell Daniel the truth about what happened the more Daniel’s upbeat attitude and childish mannerisms struck like daggers to my heart. It’s both enthralling to be part of, but painful to experience – just like the quest of two boys dealing with tragedy. There’s little in the way of puzzling here to begin with, though. A money counter that pops up in a shop about two thirds of the way through hints at the possibility of having to scrimp pennies and manage money effectively, but currently it doesn’t go much further than that. But as the hints grow about Daniel’s ability it becomes obvious that we’re going to need to use what Daniel learns about himself to progress the story further.

I think most of us thought that season two of Life is Strange would focus on Max again, but instead we get the Diaz brothers and I couldn’t be happier. Max’s story had been told and now we’re moving on to pastures new. This is a story about an older brother’s love for his younger sibling despite all that sibling rivalry bullshit, and how life can be hard for hard working people of immigrant descent in a harsh society.

One episode in and I don’t miss Max and Chloe at all. Following Sean and Daniel’s story is already gripping, happy and saddening, and we’re only just getting started. No, there’s isn’t too much in the way of game here, but it’s only the beginning and I’m really looking forward to where the Diaz boy’s journey takes us. That is, if my heart can take it.

Not much in the way of things to solve

It’s not going to be known quite yet if Life is Strange is essential, but early signs are that this sequel is going to be as good as season one was.