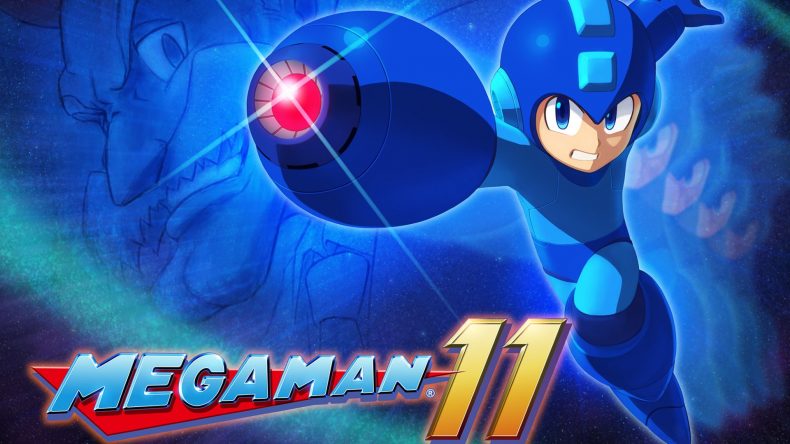 Capcom has been doing a lot of work in restoring its older franchises lately, with Street Fighter having enjoyed a 30th anniversary release and the upcoming releases of Onimusha’s remaster and Resident Evil 2’s remake early next year. Mega Man has had a few anthologies released on the current consoles, collecting together almost all the main games from yesteryear as well as 2010’s Mega Man 10, but fans still want more.

So here we are, years after the last sequel, and Capcom has brought us a more modern-looking Mega Man. Don’t let the shiny 3D visuals fool you though, this is as close to the old games as you can get, gameplay-wise. It’s still the same side-scrolling platformer, with the same classic enemies (plus a bunch of new ones, all wonderfully animated) and insane difficulty levels. Thankfully, if you want to tone it down, there are lower difficulty settings to help ease the pain. You’ll still die, just without the penalties you used to get. Easier settings will simply offer more power-ups and health throughout each level, and reduce the damage you take, but the level design is just as harsh as it is on the highest difficulty.

Hardcore fans might be reading this and thinking that Capcom has forgotten all about how brutally difficult the original games were, perhaps that Mega Man 11 has been dumbed down to cater for a more casual market. Well, in some ways you’re right, it has been made easier, but only when you select a lower difficulty. If you play on normal or above, you’ll be crying in a corner before you know it, screaming into the void about how cruel that level is. Trust me, I’ve been there, and it isn’t pretty. Mega Man 11 is a game that has been made for the fans, which includes you masochists out there craving daily beatings by this classic franchise. There has been a slight alteration to the gameplay, but before you complain that Capcom has ruined your beloved series, let me tell you a tale to explain. Dr Wily and Dr Light were once friends, eagerly sciencing all over the place together, until one day Dr Light stopped his friend from developing the “Double Gear system” which would power up robots well beyond their normal capacity. Wily threw a tantrum and, apparently, many years later had a dream about that fateful day, leading him to the decision to develop and build a new and improved Double Gear system, which he inevitably uses on Dr Light’s polite and kind robots to turn them against their creator.

With Wily’s creation turning the robots evil and powering them to new levels, it falls to Dr Light to install the original Double Gear system in Mega Man, so that he may stand a chance against this new threat. Now, with a push of the L1 button (or the relevant button on your platform of choice) you can activate the Power Gear for a limited time, making Mega Man’s attacks stronger. You can also use the R1 button to activate the Speed Gear, which slows down time in order to help you avoid otherwise impossibly fast attacks and traps. When you exhaust either gear ability, both will enter a cooldown period before you can use any of them again. Alongside the powers gained from defeating each boss, the Double Gear system gives the player an extra level of choice and strategy throughout the game. Unfortunately, that’s the only real major difference between this game and the original games. For many fans it will be enough to satiate their need for a new-but-still-the-same Mega Man sequel. But I grew frustrated with the game’s inability to address old flaws such as the awkward platforming that often doesn’t work. There were times when a press of the jump button simply wouldn’t work, leaving me falling to the bottom level of the current room or worse, into a bottomless pit or bed of spikes, leading to instant death. I could deal with that happening once or twice, or several more times as is the case here, but there are also many moments when the game’s level design requires pixel-perfect platforming and split-second timing, and the game just doesn’t put either one of those under the your control.

The level design itself, although excellent for the most part, often hits you with the cheapest tricks imaginable. Instadeath drops surrounded by enemies, where one single hit will knock you off the platform and into Death’s waiting arms. It’s also a little too fond of the wall of death chasing you from left to right, which again would be fine if the platforming mechanics actually worked as intended all the time, but they don’t. Strategy is key to a particular one of these, provided you have defeated the relevant boss beforehand. If you haven’t though, it renders the level almost unbeatable, and you’ll find yourself back in that corner, crying and screaming into the void. Frustrations aside however, Mega Man 11 does have its moments of nostalgic joy. The visuals are a perfect update for the series, doing away with the 8-bit pixels and instead replicating their style beautifully with 3D models. The boss designs are excellent and varied, sometimes even being upstaged by mid-bosses that offer some of the most gloriously silly fights in the whole game. And then there’s that music. The iconic themes are still there, but each and every stage has some wonderfully energetic tunes that will stay with you long after you switch off the game. It’s not quite Shovel Knight levels of brilliance, but it’s in the same vein.

It’s no accident that I mention Shovel Knight, by the way. Yacht Club Games’ homage to Mega Man and games of that era, showed just how great a more modern take could be. Mega Man 11 does try to do that and, in many ways, succeeds. But it also makes the mistake of using nostalgia to cover up the flaws that have been present since the very first game over thirty years ago. Many fans may be okay with that, but it is possible for a game to preserve the classic status and nostalgic value of its predecessors, while also ironing out the flaws to create a better overall experience. So although Mega Man 11 is still great fun at times and will no doubt make fans happy, it could, and perhaps should have been so much more.

Mega Man 11 is exactly what fans will want, but it does nothing to really improve on the old games and make Mega Man relevant in 2018.