One Punch Man: A Hero Nobody Knows review 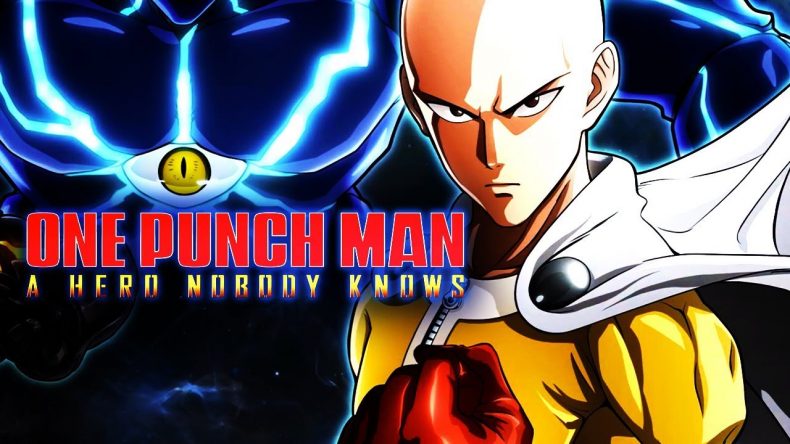 The legend of the man who defeats all with one punch – how could that translate to a video game? When the anime became a cult phenomenon in 2015, I’ll admit my first thought wasn’t for a fighter RPG adaptation. After watching the hilarious trailer, in which huge demons disintegrate from one bored fist from our hero Saitama, I was left just as confused.

You play as a new up-and-coming hero of your creation, made using a pretty simple system that ensures you don’t look too out of place in One Punch Man’s animated world. With the lofty goal of becoming an S Class hero, you’ll be taking missions from the Hero Association, and helping troubled citizens to get experience and acclaim. Most tasks given to you will end in a scrap, but there are some fetch quests too that will see you navigating the slowly expanding open world city.

The combat in One Punch Man is very flashy, and for the most part entertaining. Battles take place in 3D arenas, with all the usual combos, special moves, dashing, and blocking that you’d expect from a fighting game. Because of the 3D environments, there’s a lot of maneuverability in the combat, which unfortunately means the attacks feel less precise and missing attacks is easy. The special moves (known in A Hero Nobody Knows as killer moves) do not suffer from this though and are particularly stylish. By using your special meter you can unleash all manner of devastating attacks on the demons terrorising the city, from giant swings to lightning fast punches. You gain move sets from different recognisable characters throughout the game, so if you are more of a slow power move player, Tiger Tanktop has you covered. One of the most exciting aspects of combat is the Hero Arrival system, where after a set amount of time another of the Association’s fighters joins the fray. You can then tag them in and out at will, whilst recharging any recently lost health. This system is also how Saitama is used in the game. In some important encounters, the goal becomes waiting for the titular One Punch Man to arrive so he can save the day. It’s such a fun and amusing reward, after surviving a monster’s brutal onslaught, to essentially turn God mode on and play as an unstoppable hero.

It wouldn’t be a faithful adaptation of One Punch Man without a hefty dose of comedy, and A Hero Nobody Knows doesn’t disappoint in the chuckles department. The usual campy characters of the series are as entertaining as ever, and are joined by some new creations that wouldn’t be out of place in an episode of the anime. The tutorial character Lecture Man was one of my favourites. He helps you learn all about the various systems of the game, while making sure to do his signature pose as much as possible.

It’s a good job Lecture Man is there to guide you, because there’s a host of RPG systems to learn as you progress through the game. From the more simple leveling up and stat distribution, to social links solidifying your friendship with your fellow heroes. The depth is very much appreciated, and definitely helped keep me invested throughout my time with the game. As you progress in the story, online battles open up to you. Other players’ heroes can be found and challenged around the city, but there are also ranked battles for the more competitively inclined. In online play, One Punch Man’s combat issues are made more apparent. Seemingly endless combos after missing one attack just doesn’t feel fun. The fact you can use Saitama at all in online play, though, is hilarious.

The majority of your time will be spent in the lengthy single player campaign, and fighting the CPU is much less frustrating. The loop of getting a mission and having a fight does get a little repetitive, but the characters and wonderfully familiar art style make up for it.

One Punch Man: A Hero Nobody Knows is an entertaining brawler oozing with the same over the top style of the anime. The combat has its issues, but if you’re a fan of Saitama and his singular punch, there are plenty of one sided fights to enjoy here

An amusing and charming fighter RPG with some very unique elements. If you are able to overlook some of the combat's shortcomings, getting to play as Saitama will make it all worthwhile.

You may also like
Bandai NamcoOne Punch Man: A Hero Nobody KnowsPC