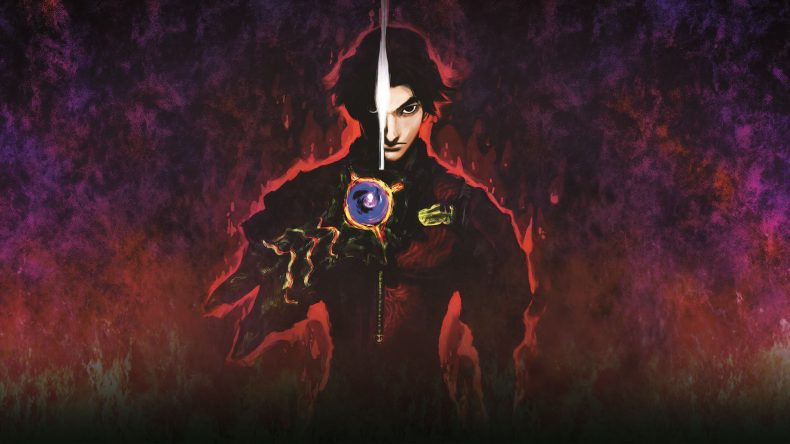 It’s been a long time since Onimusha came out on PS2 and PC, but the series has always been one of Capcom’s best. With no new game or sequel in the works (that we know of), they’ve released a remaster of the original with a fair amount of changes, and it’s noticeable as soon as the opening cutscene kicks in. It didn’t take me long to realise why I loved the game so much back in the early naughties, taking on countless Genma demons, exploring those levels laid out in that familiar Capcom way, and pulling my hair out trying to take down those final bosses with little health brought all the memories back.

In Onimusha: Warlords, you play as Samurai Samanosuke Akechi, a fearsome and honourable warrior searching for the missing Princess Yuki. The biggest change to the game is the ability to control Sam with the Analogue stick as opposed to the D-Pad, but if you really wanted to play with those clunky tank controls you still can. Using the Analogue stick allows for better movement, especially in combat, but the same problem persists when moving from scene to scene. If you’re running forward, but the next static scene involves a different view and you take your hand of the stick, you’ll have to get your bearings back and move in a different direction. It’s a persistent trope through many old Capcom games like Resident Evil and Dino Crisis, it’s just that the stick makes it a bit more commonplace when it happens now. Gameplay remains unchanged outside of movement, as the three weapons you’re used to work in the same way. The Raizan is your katana imbued with the power of lightening, the Enryuu is your flame sword, and the Shippuu is a wind-themed double naginata. You can slash enemies with each one whenever you like as long as you’ve unlocked them, but each weapon offers a special power based on its element, and the more you level each one up (or Enhance as it’s called), the more powerful it becomes. There are also three Orbs associated with each weapon, and these are used to open doors locked behind elemental cruxes, and as you progress they’ll also need Enhancing.

On Samanosuke’s wrist is a Demon Gauntlet, and after every enemy you defeat they’ll drop souls which you suck up and fill three different meters: health (yellow), mana (blue), and currency (red), which is how you Enhance your weapons and orbs. Bigger bosses have better hauls, but with the frantic nature of some battles you’ll need to be careful when trying to absorb souls because you can’t move when doing so. From time to time, you take control of Samanosuke’s assistant Kaede. You don’t collect Souls when controlling her, and her power in combat is nowhere near as strong as Sam’s. Whilst she’s not as powerful, it does give a nice challenge for when you’ve spent most of your time taking out a majority of demons with relative ease. Another challenge Onimusha: Warlords offers is the Dark Realm: an underworld arena where you fight countless enemies across different floors. You’ll earn a hell of a lot of currency by doing these, and the end result is totally worth it, but it gets harder the further you descend. Just be sure you’ve got plenty of herbs and medicine if you want to survive.

One thing I’d forgotten about is just how tough the game can be, especially with save points few and far between. It dawned on me how much the Souls games have been influenced by Onimusha, not just in the way you save, but the design of the enemies, and the consumption of Jewels to increase your capacity for how many Souls you can carry. Oh yeah, Souls. You collect Souls! That’s a big one. Later on, the bosses are a real challenge, and none of them have health bars so you’ve no idea when they’re close to dying. It’s not a complaint, but it would’ve come in handy when you take on the final boss because that guy is a real dick. The visuals have been upgraded, and it’s noticeable as the colours and detail look reasonably good on PS4. Don’t get me wrong, it still looks like a PS2 game, but the work that’s been put in helps it to look like a much better version from the one we saw almost 18 years ago. The default ratio is 16:9, obviously new, but you can switch to 4:3 as well if you’d prefer. The soundtrack is wonderful, featuring new music and all the hallmarks of a traditional Capcom horror, and the newly recorded voice-acting helps to make the game feel new; even the annoying, high-pitched demon scientist Guildenstern who resembles one of the aliens from Mars Attacks doesn’t grate on me as much as he used to. A lot of care has been put into this remaster and it shows.

Onimusha: Warlords is a well-worked remaster with significant changes to make it worth playing once again. Outside of the movement between different scenes, I’d forgotten how short it is. Not counting the times I’d died, my total playtime was 3 hours 28 minutes on Normal difficulty. There’re collectables and the Dark Realm of course, but it still seems like a relatively short experience. It would’ve been nice to see some additional levels added, but I’m not a developer and hence have no idea of the cost or technology needed to do that to such an old title. Regardless, I loved replaying an old favourite of mine, and if you’re wondering if it holds up with the best of today’s action titles, it most certainly does.

Moving between scenes can be frustrating
Relatively short

Onimusha: Warlords is a worthy remaster, and even though it feels rather short, the combat and exploration of such a claustrophobic world reminds you just how good it is.