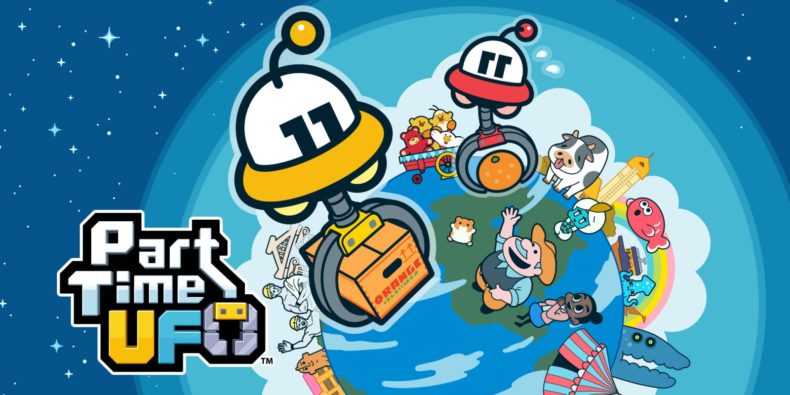 Part Time UFO was a game I underestimated. It looks and plays rather simple and doesn’t branch out that much. Despite this, it is just so cute and enjoyable, it’s hard to not be taken in by it. What little it does, is done well and so, so adorably. In Part Time UFO, you play the role of a small UFO who, whilst crashing down to Earth, distracts an orange seller who drops all of his produce. You help pick them all up and put them back in his truck. The gameplay sees you picking up items below you with your claw, similar to those crane arcade games. You can’t, however, pick items up if there isn’t room for the claw to move. Items can be moved around by whacking into them to find the best way of picking up all items tactically. This culminates in a very simple but rather fun gameplay loop.

After finishing putting things away for the orange seller, you get paid, prompting you to take on a role as a “Part Time UFO”. This title alone is a good expression of how cute this little title is. As a crane operator, you can then spend the money you make on new outfits for your little UFO. In this universe, there aren’t any worries, you just you move things whilst enjoying the visuals and music. The soundtrack feels somewhere between Little Big Planet and LocoRoco. There’s one melody that permeates most tracks that is so infectiously catchy, I’m sure I’ll be humming it long after I’ve forgotten its source. The visuals and music change depending on the level but they all have a certain carefree nature. The kind of music you could imagine being hummed in a field in Summer, a brief release from a world on fire (or something a little less sensational). 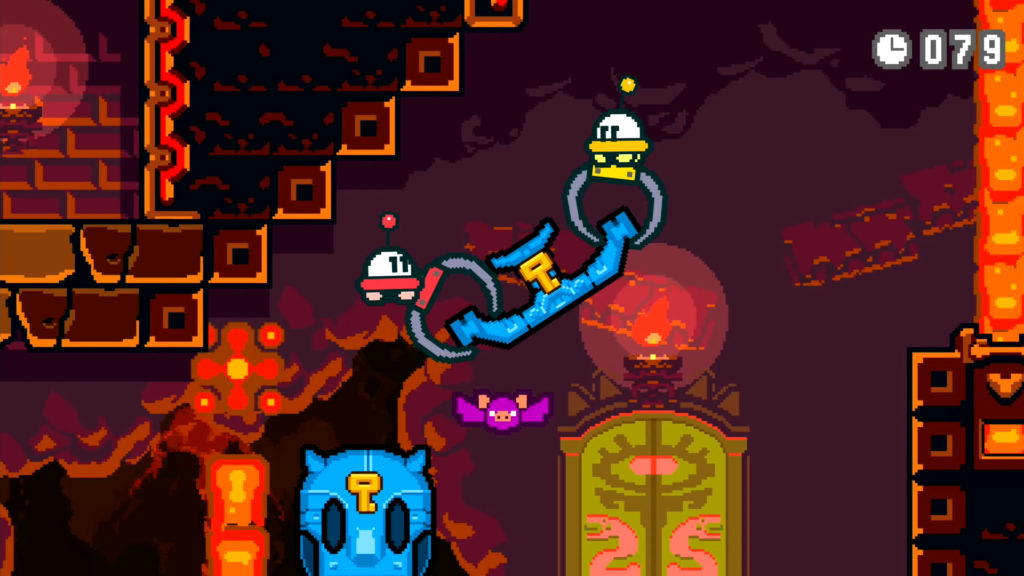 On top of completing main missions, you also have the opportunity to complete mini side objectives. These range from stacking objects in a particular order, to triggering little chain-of-reaction events. Completing these objectives (and doing so within a time limit) will earn you medals, and collecting a prerequisite number of these shiny little fellows will unlock the next wave of levels for you to take on. Levels are unlocked in groups of three at a time, and each provided a nice level of variety. From saving batches of rogue oranges, to building statues, to creating parfait – as a little Part Time UFO, you have a very busy life.

Some of the outfits you purchase can affect your UFO in terms of performance, not just aesthetics. The “Realistic UFO” suit makes you go much quicker, albeit at the cost of your movement precision – it results in your UFO zooming a little too much to control them effectively. Some outfits have less significant effects; “The Bee” does a little thumbs up and “The Turban” uses a wand. These are fun little additions that incentivise collecting money in-game. There’s variety in the levels too, with some having you simply place objects and praying they stay still, whilst others ask you to build specific designs. 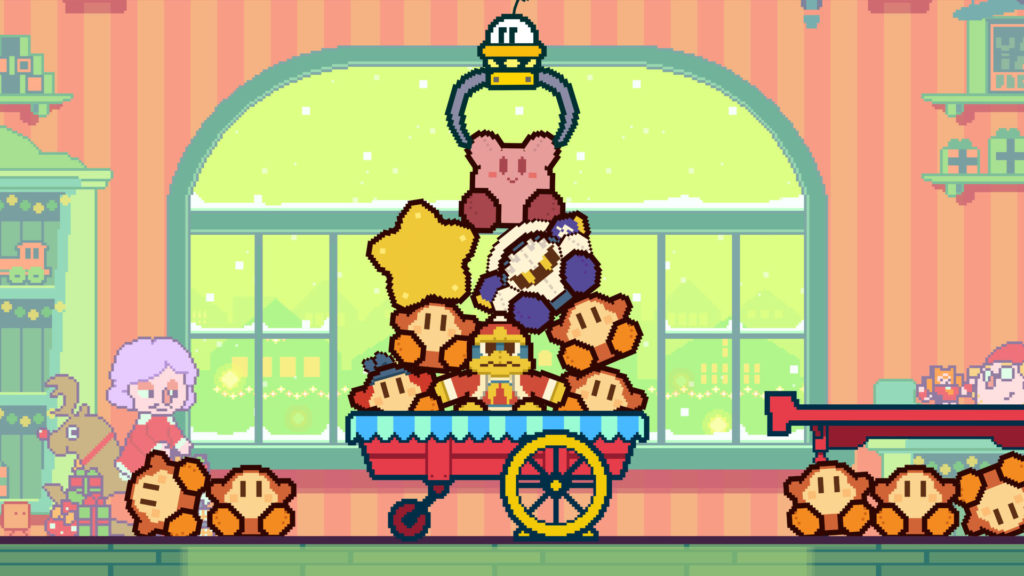 One of the latter level types is a mix between the game’s base gameplay and some Tetris-type mechanics, having you fit specific shapes into one larger shape to make a design. These more innovative levels help to break up the monotony a player is eventually faced with toward the end of the game. Though I can’t say the game achieves this consistently as concepts are reused too frequently. That being said, there is a degree of difficulty to some objectives and later missions that challenged me a little more than I would expect in a game like this.

Part Time UFO is not an especially impressive game. I can’t imagine it being anyone’s game of the year. However, it is undeniably enjoyable, whimsical, and a blast to play with a younger player. With a nice little co-op mode, enjoyable visuals, and a competitive price point, this offering is pretty hard not to love – even if it does get a touch tedious after a little while. Maybe this isn’t a game you should binge, it’s something you’ll certainly enjoy part-time.

Did I mention it was cute?
Fun gameplay
Nice escape

Not enough variety
Could do with more levels and modes

Part Time UFO is a charming, cute game which is fun to play. However a lack of variety can make it a tad tedious to play at times.