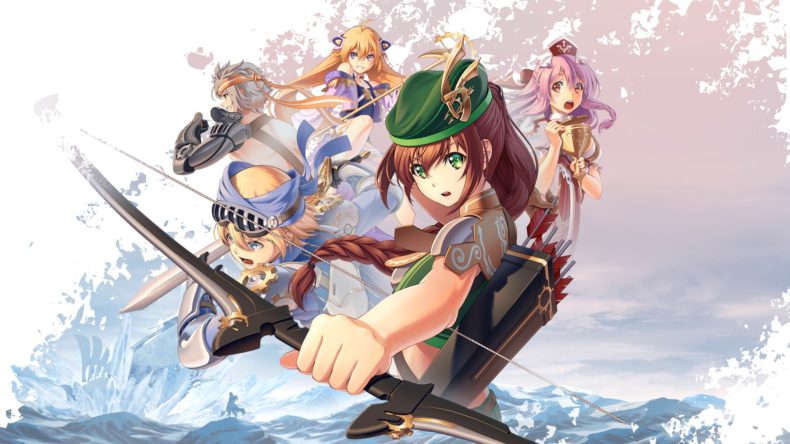 There has been no shortage of spectacular tactics games over the past twelve months. We’ve seen games like Gears Tactics, Desperados 3, Wasteland 3 and the like scattered about Game of the Year lists recently. There haven’t been a huge amount of fantasy tactics games among these gun totting strategic experiences though, with only a few titles like a retro Fire Emblem swapping firearms for swords and bows. Tears of Avia is another tactics title hoping to distract you from bullets with fireballs and orcs.

Upon starting the game you’re presented with 5 characters to choose from covering all your favourite fantasy classes, from mage to cleric. I opted to choose a bow user and was thrown into a well-trodden story about mysterious magic crystals and a demon lord. Twenty minutes later my character selection was rendered rather redundant, as the other four heroes I could’ve chosen were thrown into my team with all the fanfare of a broken party popper.

The gameplay in Tears of Avia is simple. You control up to 5 characters on a grid-based battlefield, and use a variety of melee and ranged attacks to dispatch your enemies. When you’ve moved and attacked with everybody, the enemies take their turn and will deal damage to anyone in range. If you’ve played almost any tactics game before, you’ll immediately know exactly what you’re getting yourself in for. 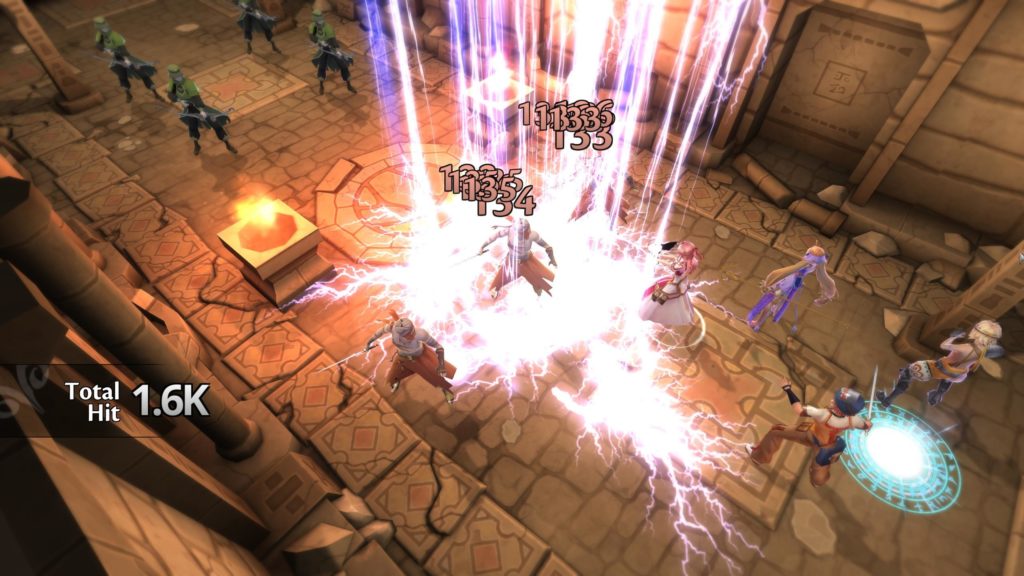 There are a range of special abilities you’ll unlock as you level up your party. There are heals, area attacks, and monster summoning skills that provide a variety of ways to take on an enemy army and keep your buddies alive. Each character class has a few skill trees to choose from, with lots of powerful abilities available if you grind enough.

Besides a general lack of creativity, one of the biggest problems with Tears of Avia is how slowly the action unfolds. Each attack takes a few more seconds than is necessary, and when you’re waiting for over ten characters to take their turn it really drags. I found myself regularly putting the controller down to check my notifications, and still having time left after I’d replied to a message or two. 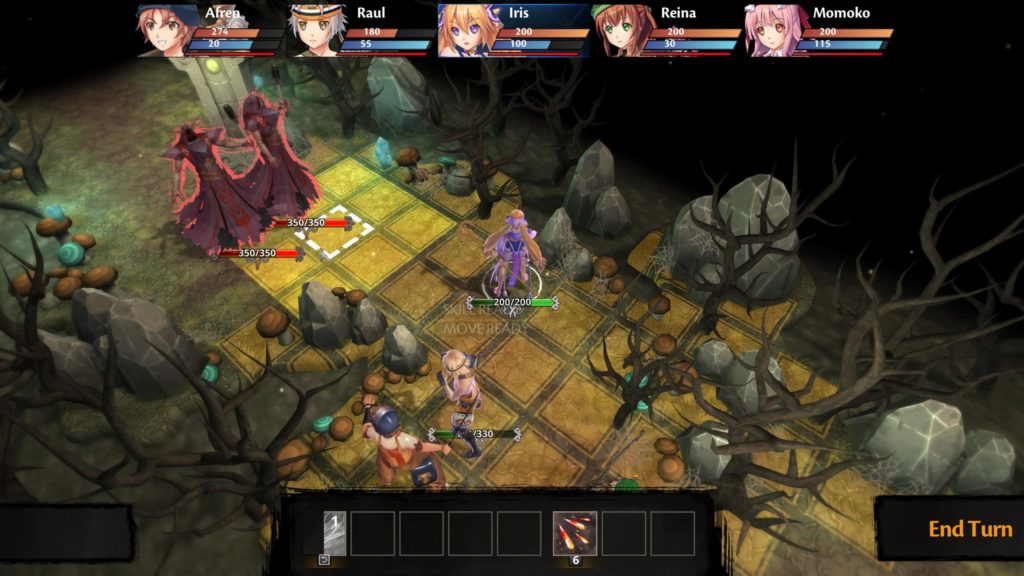 A lot of stages are fairly straightforward, and see you aiming to wipe out anything that moves. To mix things up though, there are three optional objectives to aim for if you’re an overachiever. Some reward you for bringing fewer characters, whereas others want you to win in fewer turns. Annoyingly a lot of these aren’t beatable until you’ve progressed further into the game, but it’s still pretty satisfying to backtrack to go deal over 9000 damage to a low-level grunt.

If you’d rather make things harder for yourself, there are a couple of options for you to utilise. Most notable is hardcore mode, where any character that dies in battle is gone forever. If you’d prefer to have a more Fire Emblem style of experience, you can opt for this from the get-go.

Although Tears of Avia is fairly derivative, there are a few interesting features that set it apart. There’s a prayer system where you can buff certain stats, but doing so lowers others. Maybe you’re a fan of unbreakable defence, or maybe you’d rather sacrifice everything for pure power. It’s nice to be able to adjust your stats to the way you prefer to play at the drop of a hat. 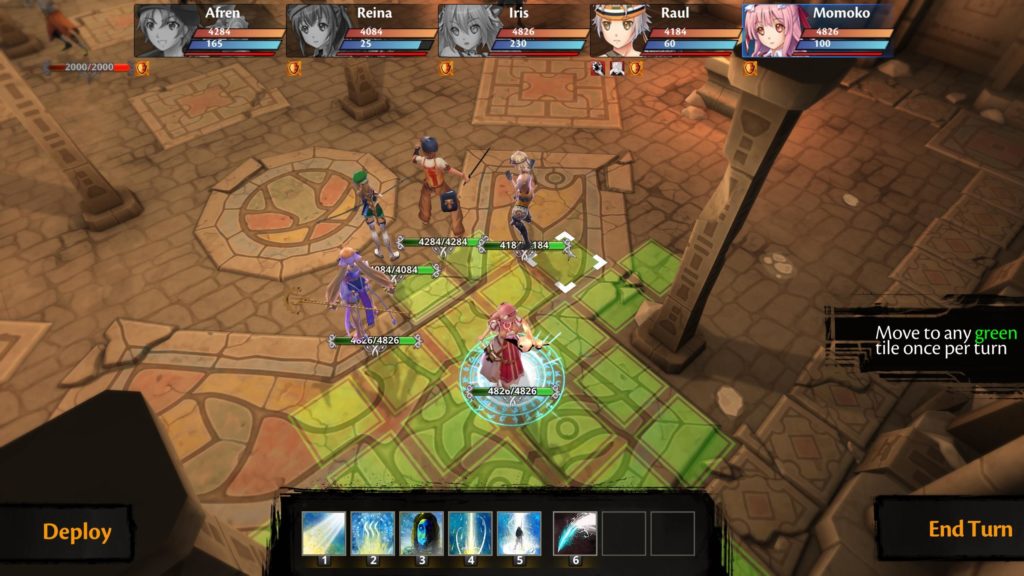 Tears of Avia’s issues aren’t limited to its creativity, and during my time with the game, I experienced a lot of frame rate issues. For a game that isn’t in any way graphically intensive (and frankly rather unappealing visually), it’s a real shame that it has technical problems as well.

Unless you’ve run out of superior tactics games to play, there’s sadly no real reason to play Tears of Avia. It simply doesn’t do enough new or well to recommend, and alongside some technical hitches, it’s a bit of a slog to spend your time on.

With sluggish combat and not much in the way of new ideas, it's hard to recommend Tears of Avia to all but the most hardcore tactics fans.