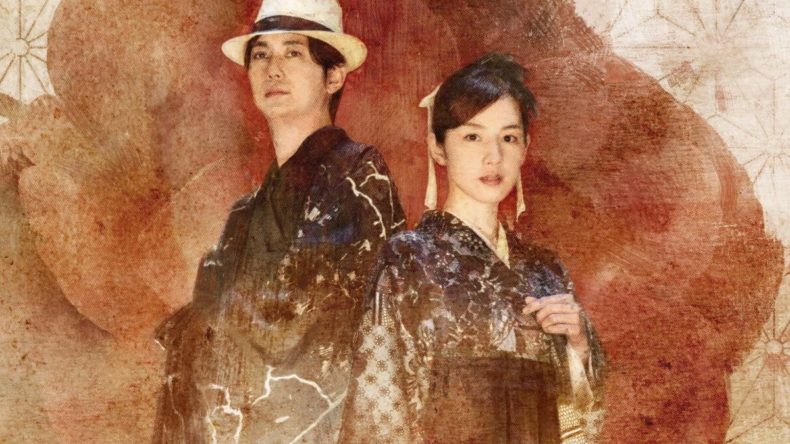 FMV games have always been hit or miss, and you have to be willing to submit any kind of control to simply watching the story unfold on screen. Sometimes, you have a substantial say in what happens, but it relies a lot on the calibre of acting and how it engages you. The Centennial Case: A Shijima Story gets that balance just right. All the actors are good enough to carry the story without being one dimensional or wooden, and the sections where you’re using the powers of deduction are fleshed out and well designed to engage you in the mysteries you uncover.

The Centennial Case revolves around the Shijima family and their monumental bad luck over the last hundred years. Many members of the family have met an unfortunate end, and as mystery novel writer Haruka Kagami, it’s your job to try and solve these murders. Over the four murder cases across the last century, not only do you have to uncover the truth in classic whodunnit fashion, but the mystery surrounding the location of the Tokijiku, or the ‘Fruit of Youth’ begins to unravel. The Shijima family are believed to hold the secrets of eternal youth, and this only makes the plot more captivating. 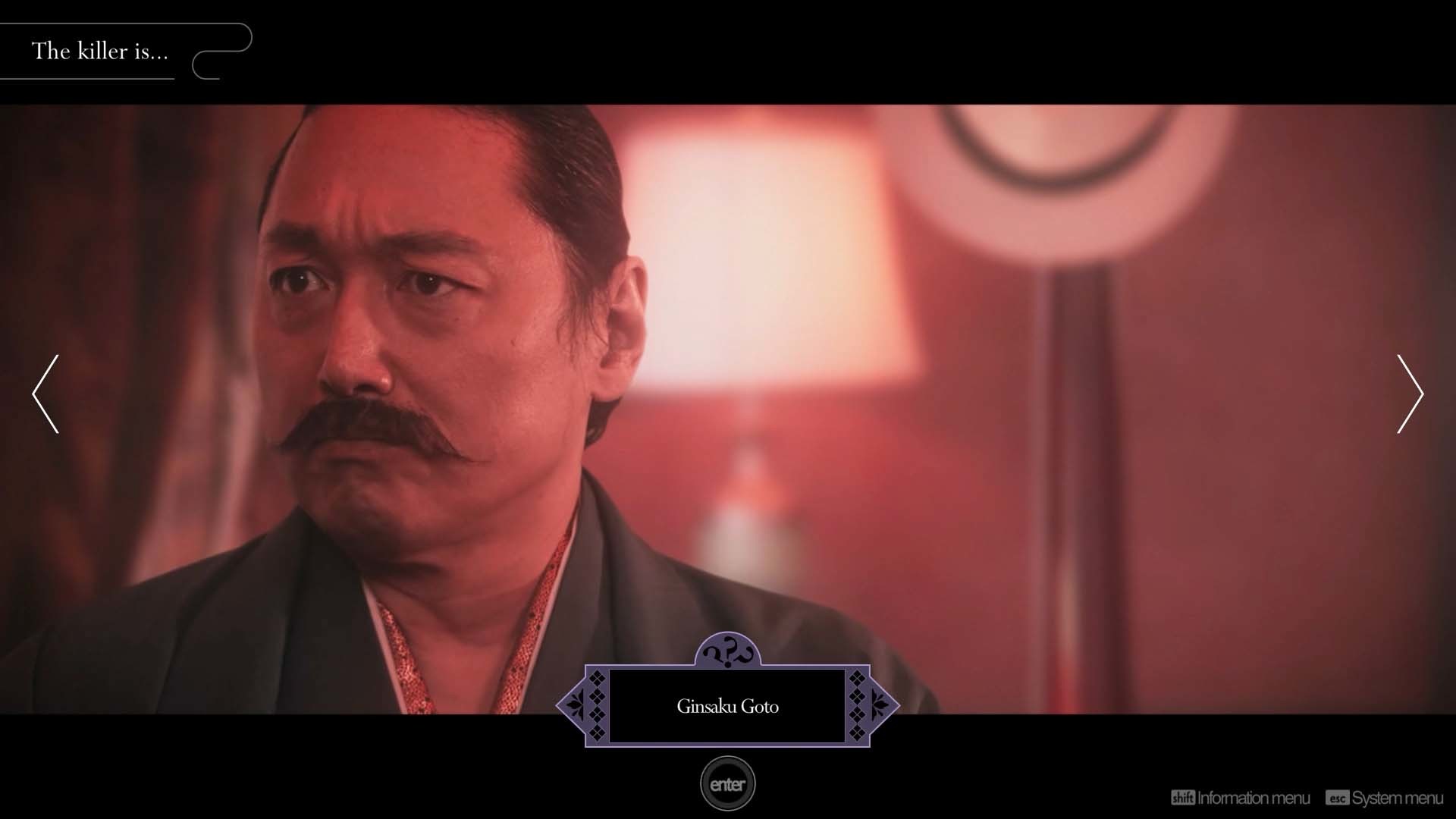 To strip it down to its fundamentals, The Centennial Case takes place over different chapters. Each one plays out by showing you the murder and the subsequent fallout where clues will be uncovered and suspects will be asked questions. When a clue is highlighted, you’ll get a notification which will then be used when entering the ‘Reasoning’ stage (more on that shortly). You can bring up short descriptions of the characters at any time, as well as the clues you’ve found. You’ll start to form your own opinions naturally as you talk to people, and this process will help a lot when you’re ready to start piecing all the evidence together.

At certain points during the investigative FMV sequences, Kagami is given dialogue options to potentially sway other’s responses or to offer up new clues depending on what the answers are of those she’s conversing with. After the most gamey segments, you’ll also get other dialogue options, but these are a more involved in finding out and naming the killer. It wouldn’t be as good as it is if the game didn’t involve you at all times, and thankfully, there’s enough to do while watching the story unfold. However, The Centennial Case is at its best when you begin to piece everything together. 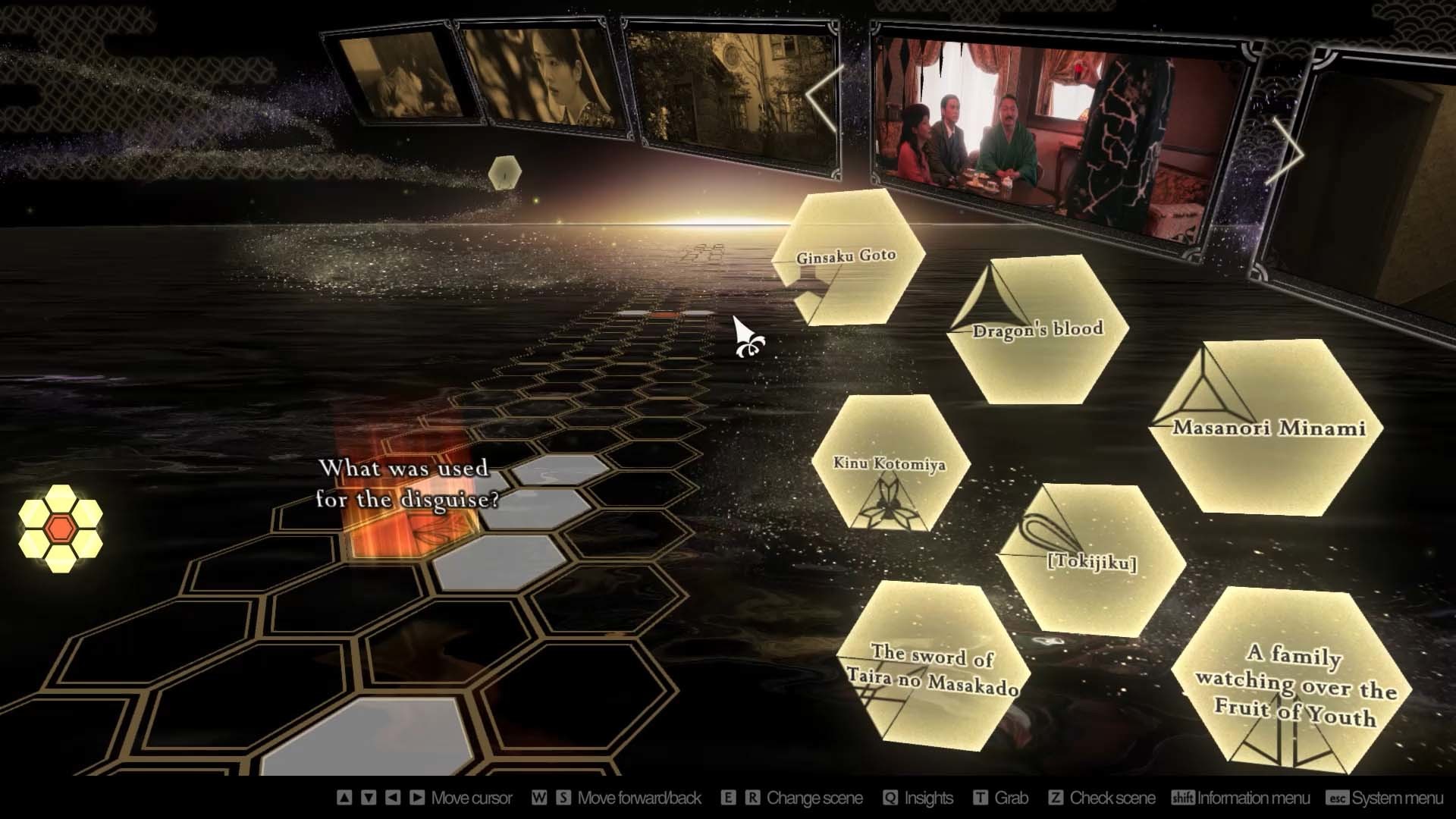 There must be a reason

After you’ve gathered as many clues as possible and you’re ready to try and work out what happened, it’s time to enter the Reasoning stage. A hexagonal grid opens up and you’re tasked with putting together the clues next to specific questions that are posed to you. Without going into any spoilers, one of the questions might be ‘how do you know so and so couldn’t have stabbed the victim?’ Then, by flicking between certain scenes and finding the appropriate clues, you can form answers and try to eliminate certain suspects. Other questions might also pop up to help you work out what murder weapon was used, where the murder took place, and what motives people had.

This phase is quite involving and can take up a fair amount of time. When you place a clue next to a question, a branching answer might pop up and show you hypothetical outcomes to the questions posed. They might also give you ideas that’ll help you form an opinion. Once you’ve placed every clue down, it’s time to finalise your hypothesis and start questioning all the suspects. Some of the questions posed in the reasoning aren’t always clear, so it can take a while to place every clue down. Saying that, you can use something called insight to highlight where clues are supposed to be placed, but this might effect your overall ranking in solving the murder. 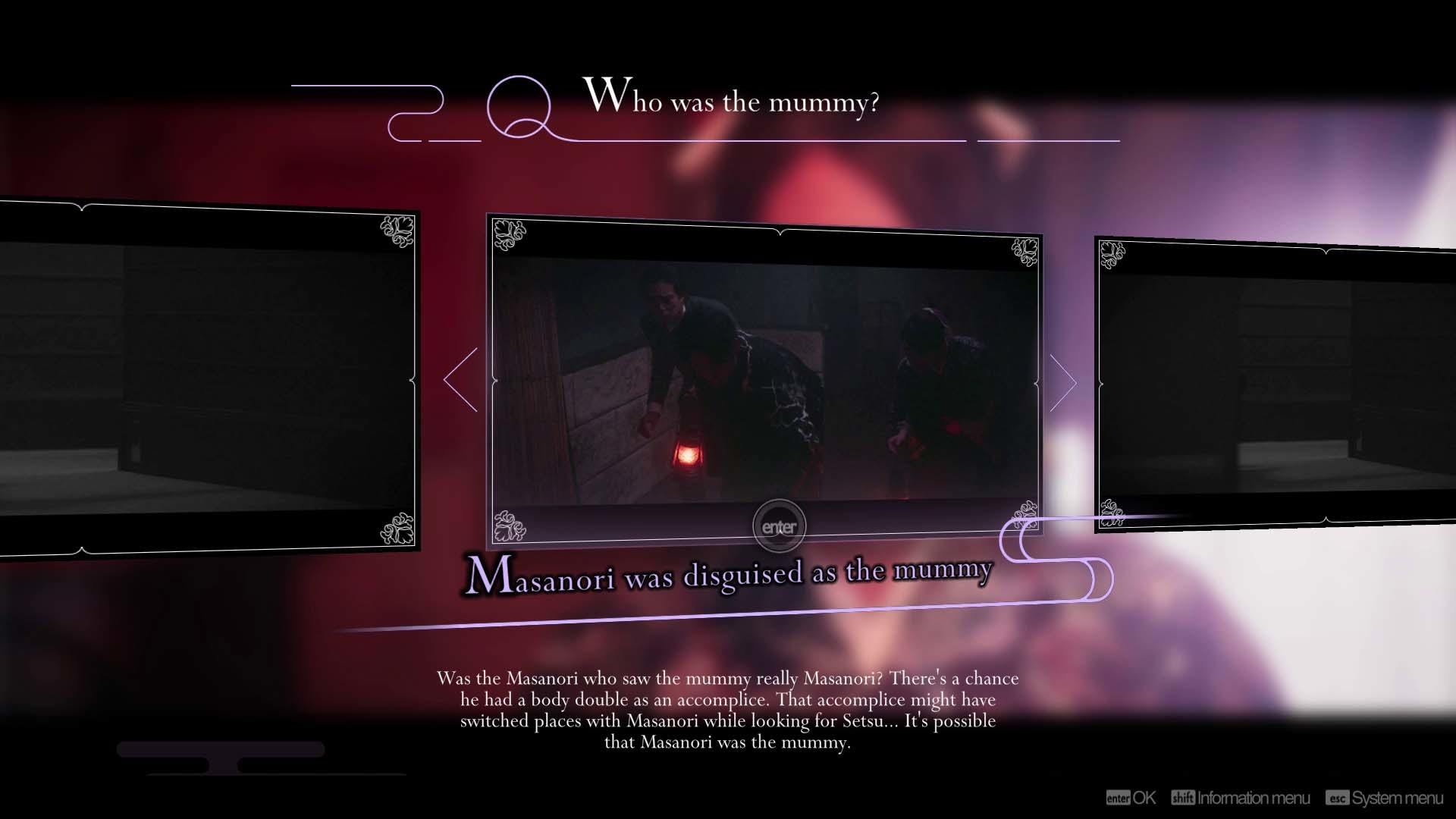 The Centennial Case: A Shijima Story: Putting everything together

Up next is the Summary phase where Kagami and Eiji Shijima help you to summarise your thoughts by posing questions to you. I found it helped to formulate opinions and how to approach the questioning of everyone. When you have the courage of your convictions, it’s time to start throwing your guided accusations around. I did go into this on more than one occasion without having a definite answer. When questioning people or giving your opinion on who the killer is, mistakes can be costly timewise. If you get something wrong, you have to go all the way back to the reasoning stage, the replay the summary phase, then jump back in to the FMV sequence, and it takes a lot of time, especially if all you want to do is suggest another finding.

Sometimes, you might think you’re right, and it’s made even more frustrating when the rigmarole of replaying these phases happens. Despite this issue, the satisfaction of getting it right is well worth it. Even when you think you’re right and the game leads you in the right direction, the killer might question how you came to a certain outcome. They might try and throw a curveball at you, or dispute the evidence you’ve found. This is when you get to provide more evidence to nail the culprit. Making mistakes will effect your overall rank, but there’re hints to give you guidance, and it’s impossible to fail as things will just keep replaying until you get it right.

The Centennial Case: A Shijima Story is enjoyable to watch, and you’re always watching out for clues as to what happened. The gameplay sections are engaging, and even without completing the hexagonal grids and forming a hypothesis, you’ll be putting everything together in your head. It’s even more enjoyable if you’re playing it with another, as you can bounce ideas off each other and form an opinion that way. Despite some frustrating moments, it’s an FMV title that gets a lot right.

The Centennial Case: A Shijima Story is a great example of FMV done right, with a captivating mystery and engaging investigations throughout.