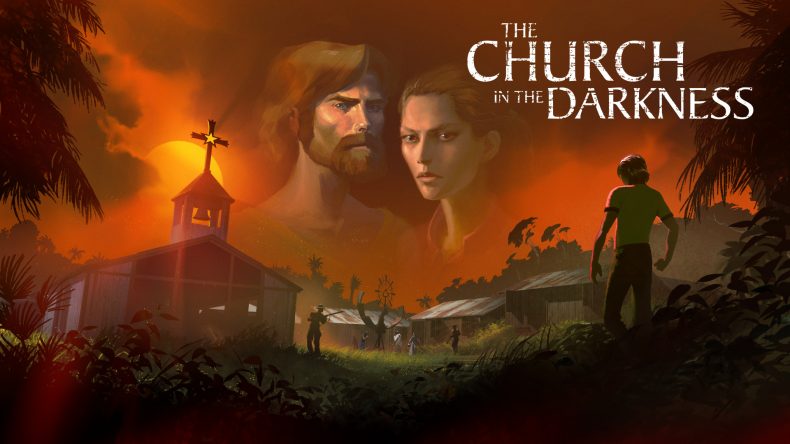 Religious cults have existed for centuries, albeit in different forms. Whilst following the word of God is a genuine way of life for many people, it can become twisted by the eccentric and the influential, to be used as a tool for control. If you’ve watching Netflix’s Wild Wild Country, or played Ubisoft’s Far Cry 5, you’ll know just how dangerous these extremist cults can be. Paranoid Productions has made a game that offers a unique twist on the notion of a religious cult brainwashing its followers and provided a decent adventure game, even if it has its fair share of problems.

The game is set in the 1970s, where two people known as Isaac and Rebecca Walker have started up the Collective Justice Mission in the jungles of South America. Seen as a cult by some, you attempt to infiltrate their settlement of Freedom Town to work out exactly what is going on down there, and attempt to rescue your nephew. What makes the game so different is the way the narrative changes with every playthrough. The fate of its leaders and their actions change, various members act differently, and a multitude of endings ensure no two playthroughs are the same.

Your main goal is to infiltrate freedom Town. Sneaking around the settlement often equipped with few tools mean that it can be a struggle to keep out of sight. There’re plenty of tools you can equip to help you out along the way, such as metal shards to sabotage alarms, disguises that make you less obvious, and firearms to get you out of sticky situations, creating many scenarios where quick thinking and improvising are your main allies. You’ll also collect information that can affect the outcome of the game depending on what you find, and what version of the leader’s you’ll here on the PA system. While there’re are members of the cult that are happy working the fields and gathering crops, some will be not be happy with your presence and may run off to tell the guards about you. Others may let you pass by without quarrel, but you can never be sure. The guards take a couple of different forms, with those dressed in blue carrying pistols and not being as easily alerted, and those in red that are more relentless in your capture, hunting you down with a shotgun. Every person in the cult has a field of vision highlighted by different colours; the brighter its crimson outline is, the more severe the guard’s actions is. The AI for some of the guards is poor. You can throw a rock to attract their attention, but only for a short distance. If you’re trying to drag them far away from their watching post, it’s as if they can’t hear the large rock you throw at them. It’s a little unrealistic and makes their manipulation a waste of your time.

No guard seems to have a specific path they patrol, so it makes it tricky knowing when best to sneak past or try to knock them out. You have to be rather observant of everyone’s actions or it can result in your capture. If you’re caught three times during a playthrough, the game starts over and all of your hard work (providing you’ve not been murdering everyone), as well as the objectives you’ve completed will be erased. One cool thing is that certain items you find in your games can be selected as starting items for the next run through.

It’s often a frustrating game, but it doesn’t stop you falling in love with its concepts, and the voice acting is superb. You become intrigued by the cult, especially its leaders, and with each playthrough you witness how their approach to running their own utopia differs from the last. One game, I even felt sympathy towards the Collective Justice Mission. I even contemplated joining them, however, my fate was changed when something terrible happened. Another time Rebecca and Isaac’s prerogatives seemed more severe than the last time, presenting far more terrifying versions of themselves than before. The top-down viewpoint works well, and you can scope out the jungles further afield with a touch of the right stick. The map isn’t huge, but there’re enough cabins, farmhouses, and chapels to investigate. There are also some pretty messed up things you may witness upon different playthroughs. A group of cult members were praying by the river in one game, then stoning some poor sod to death the next. They can be peaceful and they can be violent depending on what type of cult you encounter, and it always helps to keep The Church in the Darkness feeling fresh.

You’re never short on information either. Letters, memos, and other documents can be found all over the place, and the constant PA announcements from the cult’s leaders keep the story moving. It’s amazing how the tone of each announcement can vary. Listening to Ellen McLain’s (GLaDOS in Portal) intensity and John Patrick Lowrie’s (the Sniper from Team Fortress 2) stern and commanding voice add gravitas to their purpose, and like Charles Mason, they can be rather persuasive. Every now and again I encountered some severe lagging which didn’t help when I was trying to run away from a couple of shotgun-wielding nutjobs. There’s a sense of instability throughout in terms of the game’s performance, but there’re definite times when it became unbearable. I didn’t have any other kinds of technical issues, but this was quite a problem and resulted in my capture on more than one occasion. Difficulty can ramp up at times, and you’ll no doubt shout at the screen after having one of the guards shoot you in your pretty face.

The Church in the Darkness is a well-executed stealth action game that has some nice ideas with the procedural narrative, and the cast of characters are well-voiced, even if the majority of NPCs sound like they were taken straight from a copy of The Sims. The janky nature of certain sections hampered my time – more so during intense escapes and late game moments – which is a shame for saying how much I appreciated what Paranoid Productions has done with it. Difficulty is also a pain, as well as some poor AI at times; you’d think throwing a rock at someone’s feet might make them question who threw it. Either way, The Church in the Darkness is still an interesting experience, and I’d suggest trying it out.

Some bad lagging
AI is pretty poor at times

The Church in the Darkness has created a story that makes you question the cult's motives with every playthrough. No game is the same, but even though their are some neat ideas, the technical issues can really hamper your enjoyment.