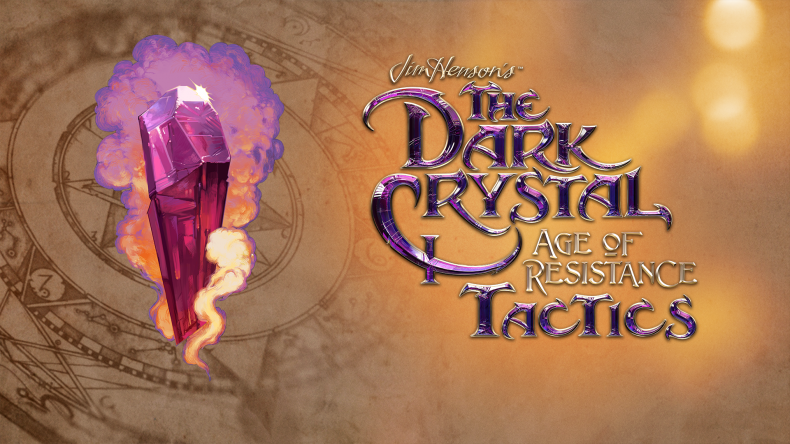 I’ve been playing a lot of tactical RPGs lately, titles like The Banner Saga and Ash of Gods: Redemption, titles that have added layers to the simple formula made famous mainly by 1996’s Final Fantasy Tactics. It’s safe to say that I approached The Dark Crystal: Age of Resistance Tactics with a fairly level head, having recently stared down my share of hefty challenges from its genre peers. The simple truth, though, is that I was not prepared. There’s no denying that Jim Henson’s The Dark Crystal is a stone-cold classic, and Netflix’s prequel series does a very good job of recapturing what made it so good, despite losing a little of the innate creepiness of the original (which is more a product of the time – we’re just not easy to disturb anymore). BonusXP’s attempts to build a Tactics game set in that world, using elements from both the film and series to build encounters and inform the narrative.

The problem here is that the narrative is choppy, as Aughra attempts to peace together a recent series of events from the memories of individual gelflings, a conceit only expanded upon in static, partly voiced segments on the world map. It’s fine to rely on your audience having knowledge of the source material to a certain extent, but as someone who isn’t a massive fan of the other Dark Crystal media, it’s not only difficult to follow but hard to give a shit about. As a result, you just go to the places because they’re highlighted on the map and fight the battles. If you win, you move on, if you lose you can either try again or grind for XP in boring, inconsequential fights that exist purely to balance the poor difficulty and pacing. You can build a party of 14 gelflings (though you won’t field so many), including Rian, Gurjin and Naia. Battles mostly follow the events of the source material, though with obvious and necessary embellishments, omissions, additions and an often disjointed chronology. Combat is OK, but with limited abilities for each of the classes (or “jobs”), there’s rarely room to really mix things up. For instance, only the Mender can heal party members, so if you don’t bring one into every single fight then you probably won’t survive as the enemies do such high damage on the default difficulty. You can go away to grind, of course, but that’s not the point. Bramble Sages (of which there is initially only one) can use strong offensive magic, but if you’re outnumbered and your party is dying, that’s not enough.

The general idea is that your soldiers tank damage, your scouts or trackers crowd control and harry the enemy, and your casters heal and buff your party. Unfortunately, the AI only has one mode, which is to annihilate the weakest member of your party at all times. Tactics and strategy don’t exist – the AI will simply destroy whichever member of your party has lower HP. It will actively ignore tactical advantages such as high ground to instead bully your weaker classes. This means that, sometimes, you can exploit it to funnel an enemy to a specific place (as some environments have hazards you can push enemies into), but counts for nothing against one specific type of enemy: the Skeksis.

In The Dark Crystal: Age of Resistance Tactics, the Skeksis live up to their nightmarish appearance and legacy by taking on the role of nigh-unkillable bosses. They have extra attacks per round, can destroy even a shielded party member in 3 hits, have area of effect attacks, stuns, higher evasion values. Sometimes they spawn with healers, and already have incredibly high HP. I struggled with one for so long, even after grinding, that I had to drop the difficulty to “Story” to continue, and it still took a few attempts. Maybe I’m just bad. I don’t know.

Aside the incredible musical score, Age of Resistance Tactics manages to hold on to almost none of The Dark Crystal’s charm or magic, and just feels kind of flat throughout. It doesn’t bring anything new to the lore, and sort of just exists, because why not? It’s not a bad game, particularly, and if you’re a huge fan of the genre or the source you may get more out of it than I did, but it doesn’t do nearly enough to stand out in a fairly busy genre.

If you're a huge fan of The Dark Crystal you may get a kick from Age of Resistance Tactics, but it doesn't do nearly enough to stand out in a fairly busy genre