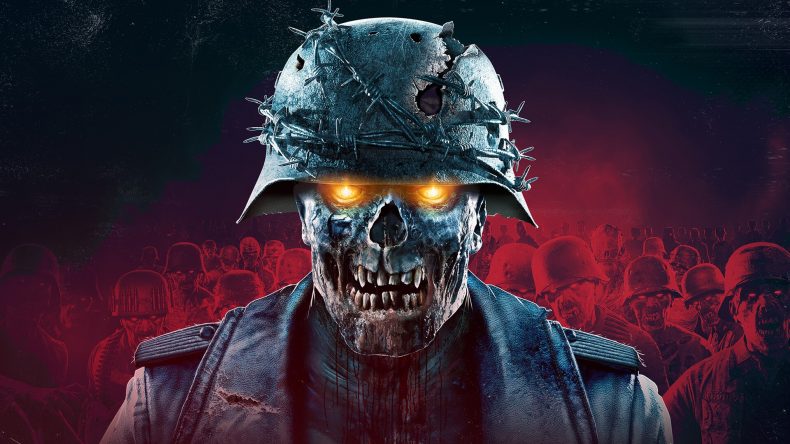 I probably shouldn’t say this so early on, but I knew I was sold on Zombie Army 4: Dead War by the time I had fired my second shot. I squeezed the trigger on my rifle and immediately the camera started tracking my shot, the bullet whirring through the air until it made contact with my target, a shuffling undead soldier. The camera switches to X-Ray mode showing me the internal organs and skeleton of my foe. “TESTICLE SHOT” flashes up on screen alongside an arbitrary score. The zombiefied gonads of the hapless soldier disintegrate and the bullet continues ricocheting through the guts of the enemy behind him. A nut shot, one in the bag if you will, and a twofer! I hope they didn’t have gals waiting for them back home, because if they did, I’ve crushed those dreams. Lock up your zombie sons ladies, the dream breaker, the ball-buster has arrived! There’ll be no Zombie Reich here, not on my watch!

The slow motion X-Ray shots are something that Rebellion has perfected over the years with its Sniper Elite series, and it is one of the best creations in a skill that I’m largely un-interested in. Sniping takes patience, and I am anything but patient, preferring to just get stuck in rather than fannying about setting up the perfect shot, regardless of how amazing nailing that shot makes me feel. Zombie Army 4: Dead War seems to recognise this, and just chucks a seemingly endless stream of undead at you to headshot with careless abandon. There is a rhythm to it, and while it perhaps isn’t as carefully crafted as Sniper Elite with all the nuance of that series thrown away, I can’t help but have a good time with Zombie Army 4, fighting this “Dead War”. There’s a loose story, something about Hitler’s last act being raising an undead army to continue his work, but much of that is lost in the endless clunk and ching noises of your rile pelting hot lead into the Nazi Reich. I’m relatively disinterested in the story, I like that it takes me to interesting and often beautifully detailed locations (the addition of a robust Photo Mode really helps you appreciate the detail involved), but much of the story dialogue is lost during the action. NPCs witter away in my ear, but the ambient audio drowns out much of what is being said, and if I am honest, I am too busy shooting the horde and chasing the dopamine hit of X-Ray shots and getting a high score to really pay attention.

You get a score for each kill. Shooting in the head is worth more points than a simple kill, while similarly getting a nut shot will grant you a bonus. Kill them with fire, electricity, use the environment, stomp them when they’re crawling towards you, perform a powerful melee kill, use anything and everything at your disposal to keep that combo going. How far can you keep it going? Twenty? Thirty? Fifty? A hundred? There can be a monotony to it, but things are switched up with relative frequency with different zombies that move and behave in different ways. There are the super quick Suiciders that run at you, explosives strapped to their decaying bodies. Leaping shadow snipers teleport from rooftop to rooftop, firing at you with deadly accuracy. An Officer spawns who can raise previously dead undead back for one more go at consuming your brains, and who will continue to do so until you squish his bloodless heart under your own jackboot. Occasionally a large brute of a zombie will burst through a doorway wielding a machine gun or a flame thrower. These beasts take a lot more to take down, requiring your immediate focus while you’re being constantly swarmed. It can be hectic at times.

If you feel overwhelmed you can have a friend or three join you. Matchmaking is fairly slick with an in-game ability to invite your friends. Setting up a lobby you can allocate slots as private, public or closed off entirely. In single player you will have to work through each episode and their chapters consecutively, but in multiplayer you are free to choose any episode and chapter as you wish. You can set the level of zombies depending on how many you will be fighting alongside, as well choose from three difficulty settings. It is in co-op where Zombie Army 4 really shines. The constant stream of numbers from your kills racking up create a contest between you and your friends. Who can get the best score at the end of the level? Can we get a Gold medal for completion this time round?

The quest for the highest score in each chapter seems to be the key focus for replayability, with a medal rating given at the end of chapter. Dotted around each map are a number of collectibles that flesh things out a little and encourage some exploration. Each chapter is topped and tailed by a safe room, within which you can upgrade and tinker with your weapons, fitting larger zoom scopes, or perhaps equipping explosive rounds. In terms of weapons there aren’t a great deal to choose from, your loadout consisting of a rifle and a secondary SMG or Shotgun plus a pistol. There are also four different characters you can choose to play as, each with their own unique buffs and debuffs, however none of the customisation options feel significantly different to warrant much experimentation, which is a shame as it could have added some depth to the fun but ultimately shallow game play.

I had a great time with Dead War. It doesn’t really deviate from a formula that has been relatively successful, and it utilises one of the best features of the Sniper Elite series to gruesome effect. Sure, it is a little one-note, but I am unsure if I will ever grow tired of watching my bullet whirring its way to my target, shattering bone and organs in gory detail. Keeping a combo going and chasing high-scores are ultimately the goal, but there is enough variation in the types of zombies thrown at you, as well as some really quite beautiful environments, and a robust co-operative experience to keep me coming back for more.

Story is lost a little
Customisation options are a bit thin

Zombie Army 4: Dead War is a frantic arcade shooter that is a little one-note, but has enough variance in zombie types, gorgeous environments and a robust co-operative experience to make it an enjoyable experience

You may also like
Rebellion Developmentssniper elite: nazi zombie armyPC