The World Ends With You -Final Remix- review 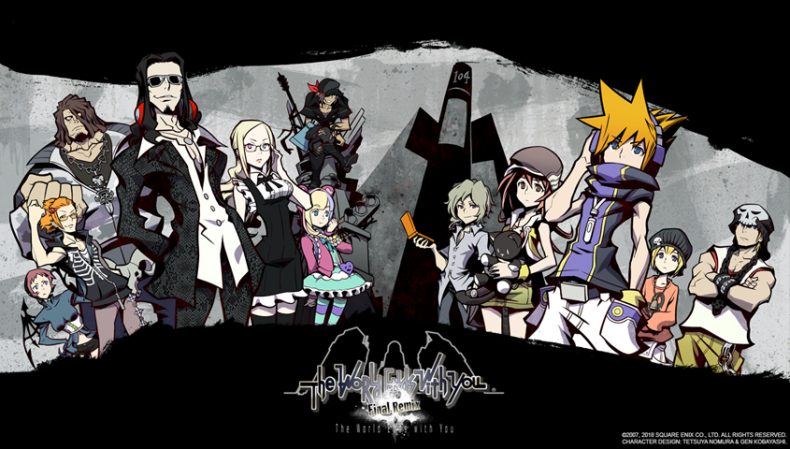 The World Ends With You has always been one of the better DS games from Square Enix. It had a catchy soundtrack and it made superb use of the dual screens on the Nintendo DS. I’d go so far as to say The World Ends With You and Etrian Odyssey are my favourite showcases of the dual screen handheld era. I’m pretty disappointed with a lot of aspects of this version but it remains a great RPG for a new generation of fans to experience.

If you’ve never played The World Ends With You before, you’re in for a treat. Each console generation has a few games that truly stand the test of time. These games remain well worth your time generations later. While this game is playable on the 3DS family of systems, it was given another shot on mobile platforms with an iOS and eventually Android release. That serves as the base for the -Final Remix- on Nintendo Switch. You play as Neku Sakuraba in a fictional version of Shibuya in Japan. After a gorgeous opening, you’re thrown into the Reapers’ Game and learn about the basics of combat, noise, partners, but most importantly trusting people – and the cast here is great. If you’ve already played the original and are wondering about the new content, it sadly is not worth a full replay. I was hoping for something meatier than what has been added here. When Final Remix was announced for the Switch, I was excited because I thought I’d be able to experience this with both traditional and touch screen control options. The final game doesn’t support traditional controls. When played tabletop or docked, you use the Joy-Con pointer and this works quite well. The problem is a lot of the tutorials and UI assumes you’re playing with touch controls and instructs you to “tap” or “swipe” when you’re using a Joy-Con pointer and not the touch screen. I also ended up having to press Y lots to re-calibrate the pointer to the middle of the screen. I cannot recommend this release for docked play at all. I’m also hugely disappointed with the lack of Pro Controller support. Things like this make it seem like a lazy enhanced version of the iOS game and not a proper release for the Switch. I really hate it when games block out certain play methods going against the philosophy of the Switch hardware of playing anywhere, any way you want, etc. Touch controls are basically exactly like the mobile version: they work very well.

Having played a lot of this game prior, the Switch Final Remix is definitely the best looking version of the lot. It is basically a widescreen (for the most part) version of the iOS port with better looking assets almost across the board. In handheld mode, it looks gorgeous and runs great. The aesthetic and art have aged better than fine wine. Docked has a few slightly lower resolution assets. Takeharu Ishimoto’s soundtrack remains legendary, though. Regardless of what one thinks of the actual game and the story, everyone loves the music here and it is beyond catchy. The new arrangements and enhancements to some tracks and even the new content fit right in. If it doesn’t do anything else, I’ll be glad that this port introduces a new generation of gamers to this masterpiece of a soundtrack.

The more I played The World Ends With You on Switch, the more I felt like this would’ve been a better release had it been done on the 3DS. It looks great on Switch in handheld and plays very nice but after playing it on iPad already for the most part, this release doesn’t feel like as big a step up as I had hoped. There definitely isn’t enough new or improved to justify the more than double asking price on iPad, especially when the the screen is larger than the Switch display. Having a prettied up version with more content that somehow manages to retain the uniqueness of the DS version would have been the best case scenario, and that would’ve been possible on the 3DS. In its current state, Final Remix is a great way for newcomers who only own a Switch to experience this classic but I’d still recommend the Nintendo DS version for the best experience.

The World Ends With You -Final Remix-, while still great for newcomers, should have been the definitive version of the Nintendo DS classic but it ends up being just an improved version of the mobile game with far too little new content.