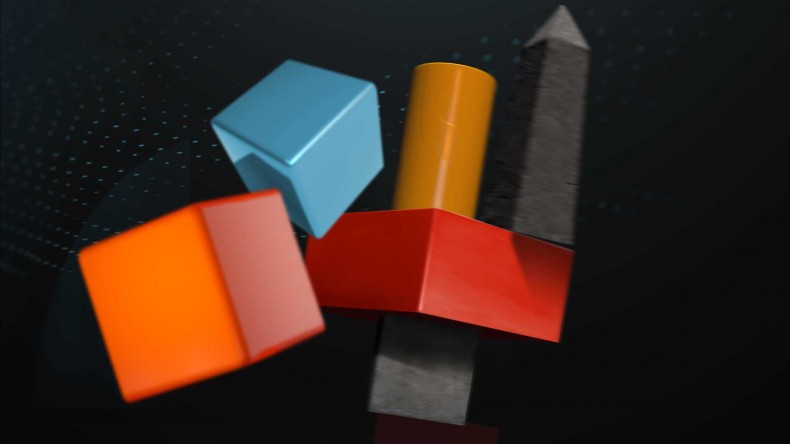 It took me a few hours before I realised what Tumble VR reminded me of. The tactile nature of the game is inherent to it being a VR title, but so many developers take an idea and try to force them into the VR-box, instead of making an experience that naturally belongs in VR. Back in 2008, EA (of all companies) released this lovely little Jenga-like game called Boom Blox. It even got a sequel, but it largely went unloved and slightly forgotten on Nintendo’s Wii console.

Essentially, Tumble VR is that idea reborn on PS4, under a different developer and on a different platform. And, well, it’s also a VR version of a 2010 PlayStation Move game, so it’s sort of not Boom Blox, either.

What it is, then, is confusing, but it’s also very simple: across multiple modes, you are either building, knocking down, or solving puzzles involving blocks. You do this by physically picking them up, or placing them using the PlayStation Move wand, which is a device that’s always felt incredibly accurate. Adding VR means you can get in and around the building area, and get in and fix things up. It adds a layer of immersion, or rather, a layer of tactile feedback that is one of the things that makes VR so great. When it works, and when it’s at its best, VR makes you feel like you are in the virtual world, actually interacting with objects and having an impact on everything around you. While other games are chasing genres that we can already play and get the most of, Tumble does this one thing very well. You feel as though you are grabbing those blocks and moving them around, like you are actually building these things.

But it’s not just a building game, and there’s a good deal of variety to what you actually do. Rudimentary puzzle-solving sees you placing objects and building a bridge, using physics to ensure lighter objects are on top of heavier ones, meaning you can make a bridge longer than it would otherwise be. Elsewhere you have to place mines on an existing tower and blow it up. The resulting debris lands in areas which have differing points values, with the objective that you must get the highest score from your explosion.

On top of that there are mirror games which require you to direct a light beam from the start to the end, changing colour as it goes. It all, ultimately, revolves around moving objects and solving puzzles, but the fact the motion in your hand is mapped 1:1 to the on-screen (or in-headset) visuals makes it a game you can lose yourself to. Supermassive Games has understood motion controls since Start the Party and Tumble came out back in 2010, and the motion controls here are as excellent as ever.

In a nice touch, there’s been a successful attempt made at a multiplayer experience here, too. One player wears the headset and does much the same as he or she would do in the single player missions, only this time on the TV screen there’s another player (local only) using a DualShock 4 to place objects that disrupt the builder. From a huge fan to lasers, you can really mess up the building player’s activities. In fact, it seems slightly skewed towards the controller holder, but it’s fun nonetheless.

Is Tumble VR revolutionary? Of course not, but if you’re new to VR (and there’s a high chance lots of PlayStation VR purchasers are) then it’s a great way to really see the best of what VR can do. Whereas (at time of writing) Oculus Rift suffers from the fact it can only deliver a controller experience, the highest end VR product (HTC Vive) has been doing this all along. PlayStation VR can do both, just like Vive, and Tumble is a good example of the tactile feedback a combination of motion controls and virtual reality can bring, and importantly, it’s something people of all ages and skill levels can enjoy, and understand.

Tumble VR is a good example of the tactile feedback a combination of motion controls and virtual reality can bring, and importantly, it's something people of all ages and skill levels can enjoy, and understand.