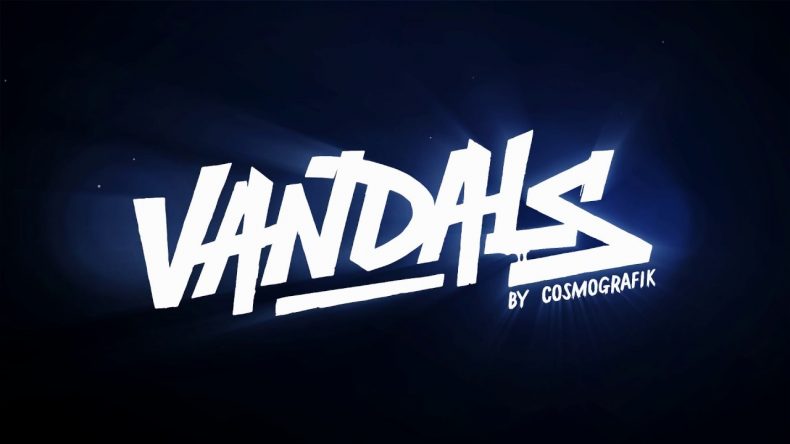 Lara Croft GO and Hitman GO have finally got a pretender to their puzzle thrones, step forward Vandals. While the other games have their recognisable characters with regards to Lara Croft and Agent 47, here you’re controlling a budding Banksy…whether you consider that to be a good thing or not is obviously down to personal preference.

So, as you’ll probably know from the comparison to Hitman and Lara Croft GO this is a puzzle adventure game, you swipe in directions to move your vandal and avoid the cops waiting to catch you. If they spot you they’ll give chase meaning you need to shake them off. Illegal activities such as spray painting and cutting fences can alert them, while you can throw bottles and whistle to distract them and lead them on wild goose chases. You need to understand how the enemies move and how your distractions can affect those movements before you can even think of spraying the target.

The game mixes things up as you go, with bushes you can hide in to skip turns, manhole covers you can use to move through the sewers, cops that continuously move, and dogs that can see in all directions and also bark to alert nearby cops; there’s certainly enough variation in the puzzling itself to keep you entertained across the five cities ‘Gotta tag ‘em all!’

There’s a real kick here with being able to do the tags yourself, whether you freestyle it or spraying the name tag you created at the start, it’s quite fun. The actual toolset is pretty limited with only nine colours and three spray ‘sizes’, but you’ll be surprised at what you can do if you just spend a bit of time with it and use your imagination, which if you look at my examples you’ll see that I used neither a decent amount of time or a lick of imagination.

The look is purely inspired by Lara Croft GO, with angular, polygonal models and low-fi backgrounds and for the most part it works. Skulking around avoiding cops in the dead of night is a really nice angle; although what cops are doing just hanging around using up resources just to stop a single kid from spray painting a wall, I have no idea. The problem is, despite moving from city to city and year to year the actual locations have very little variation outside of layout. It’s the same greys, purples and blacks and the same looking buildings. Even the cops look the same, a bit of variety would have been welcome here.

Because of how the cops act and move, and what they do when they encounter areas they’ve been attracted to there’s a little lag to how you move around. After you move, the enemies move and while that’s going on you’re frozen in place, but inputs are still read. On several occasions I found myself making extra moves I didn’t want to make because I thought my original swipe hadn’t registered. They’re lovely animations, don’t get me wrong, but I feel they could have been sped up a bit just to make the game feel a little nippier in action.

There’s not really much more to say about Vandals really, it’s not quite as good as Lara Croft GO, but a bit better than Hitman GO, essentially if you enjoyed those other games and you’ve wanted something similar to get your teeth into. If you haven’t played those games I’d suggest getting Lara first before trying this out, just to see if this type of puzzle game appeals to you. It’s a nice change and it’s great that ARTE experience put their own unique slant on this, but it’s just not quite as good as what went before.

Nice aesthetic
Painting your own tags is fun

Equal parts puzzle adventure and creativity app, Vandals just relies a little too much on the players imagination for its variety.