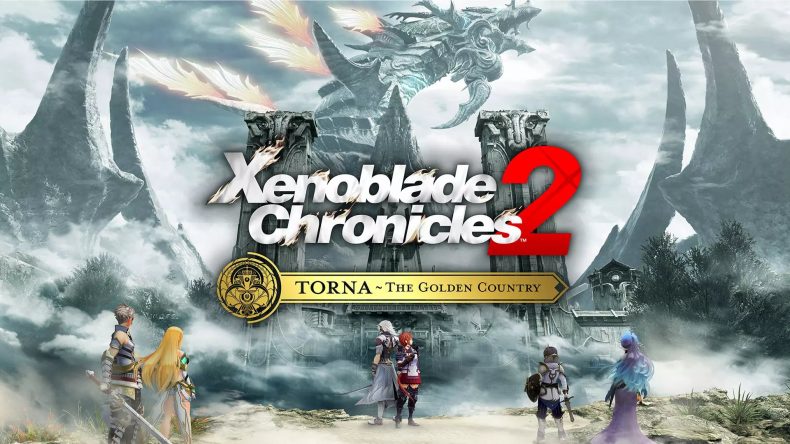 Xenoblade Chronicles 2 was an excellent JRPG at launch but was held back by a few things that have since been fixed through multiple patches improving the gameplay and exploration. If you owned the expansion pass, there have been some great item and quest packs distributed since launch but everyone was waiting for the story expansion. Little did we know that Nintendo would deliver something that outclasses the original Xenoblade Chronicles 2 release for the most part and that’s what we have with Xenoblade Chronicles 2: Torna – The Golden Country.

This review will not have spoilers for either the expansion or main game of Xenoblade Chronicles 2.

Torna – The Golden Country is a prequel to Xenoblade Chronicles 2 that can be considered standalone, but I still wouldn’t recommend playing it before you play the main game. It takes place 500 years prior to the main game and features many of the characters from it, too. It gives a lot of context to some of the moments from the main story that aren’t too clear and even sheds some more light on characters as well as their motivations for various things. You play as Lora and Jin initially before slowly meeting up with the rest of the cast that has certain blades from the main game you will know very well. Combat is one of the biggest areas where improvements have been made. Instead of just having you control a driver and have your blade do support, you can now switch between controlling either – albeit with a cooldown. Each character has skills for when supporting as well as when they are being directly controlled. Switching itself also has a skill which is useful for combos. Outside of the switching skill, there is also a new Talent skill that lets you control another aspect of combat and battles. I know the Xenoblade games always look daunting when it comes to combat, but putting a bit of effort into them will get you addicted to the combat. I enjoyed Xenoblade Chronicles 2 so much that I’ve started trying to solo some of the harder enemies and seeing how far I can push things at level cap. If you thought the combat system in the main game was overwhelming, things aren’t much different here but the addition to the quality of life and accessibility options will definitely help you get into things better.

Camping is another new addition. There are camp areas spread across the various locations. You can use them like an inn from the main game where you can use your banked experience and even craft various pouch items or key items that will help you. There’s also a party chat like system which you should check often for some nice dialogue. All the additions to Torna make it a much better game than Xenoblade Chronicles 2 was when initially released, for sure. There are two big improvements Torna offers to the core Xenoblade Chronicles 2 initial experience. If you’ve always been annoyed by enemies feeling like damage sponges or being overwhelmed by enemies going aggro on you, you can fix these things. The new difficulty and game options menu lets you disable enemy aggro completely (not counting boss, quest, and special enemies) and play on a lower difficulty. This feature is a game changer and it allows you to explore higher level areas without any worries. You can change these options on the fly and it is great that the developers added this, because this level of accessibility is always welcome.

Since the base game got a ton of patches and none of them fixed any of the big visual issues, I wasn’t expecting wonders from this expansion either. While I’ve always loved the character designs (Lora is about a million times better designed than Rex) and the gorgeous environments, Torna still has the texture loading issue when you fast travel or load a save. It still looks bad in handheld mode, and has frame rate drops in some busy combat sections. I wish they’d tone back some of the effects or take longer to load so players don’t see a flat and empty area load in before the characters and textures load on booting up a save. Video recording still isn’t available, either, which is a shame.

Xenoblade Chronicles 2 has one of my favourite soundtracks of all time and I can’t believe Yasunori Mitsuda and the team behind the music here have somehow gone above and beyond that. The battle theme is fantastic and the new takes on previous themes are excellent. Voice acting is very well done but you will still get annoyed by the same repetitive dialogue when collecting materials or opening a treasure chest. With so many fantastic improvements and accessibility options from the get go, it’s a shame that the “Community” mechanic almost ruins a lot of the game. Here, you are trying to help other people so they join in supporting you. Helping out (doing side-quests) more people will raise your Community Level and, while this is an interesting mechanic to have for people who want to do extra content, having main story content locked behind doing some really boring side-quests is a bad idea.

Torna – The Golden Country is better than the main game in a lot of ways thanks to it having all the quality of life enhancements right from the get go and having a better, more dynamic combat system. The Community aspect holds it back quite a bit from being an easy recommendation to newcomers to the genre and franchise. As an expansion, it is borderline perfect until the side-quest gating. Torna is still an essential JRPG to play on the Switch but it is disappointing seeing it be held back from true greatness by such a strange design decision. Having played both the base game and now the expansion, I have no hesitation in saying Xenoblade Chronicles 2 as a whole is easily one of the best JRPGs in years.

A fantastic standalone prequel to the excellent Xenoblade Chronicles 2 that is held back by one really annoying design decision.