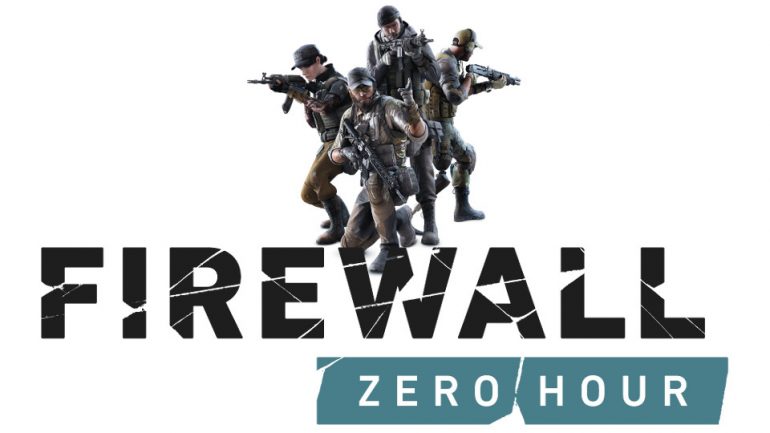 It was so quiet you could hear a pin drop on that cold, concrete floor. My team and I waited for the oncoming storm: four soldiers ready to steal the intel by whatever means necessary, but I wouldn’t let it happen. None of us would. As we advanced to the entrance of the warehouse, one of us held back and protected the laptop with the government secrets, military blueprints, and classified information with their life. It wasn’t long before we heard a shuffling behind the metal stairway, underneath an arch surrounded my wooden boxes and metal freight crates. Two of my team watched from either side – I heard gunfire as I stood a little further away. One of them took a round of bullets to the chest whilst the other yelled out they’d found the enemy. I moved in but came under fire myself.

I found another soldier that tried to blindside me and put a shotgun round in his head, then advanced to my teammate. He was down, but I managed to revive him and take out the other man who tried to kill us. It wasn’t long before we heard a shout coming from our friend by the laptop, letting us know that someone had located his position; my heart was beating furiously inside my chest. I composed myself, reloaded, and headed off to rescue the intel. We found the two enemies hiding behind some of the crates and blasted through them, killing them both and securing the information, as well as saving our friend who barely escaped with his life. It was intense, exciting, and I was hooked. Firewall: Zero Hour has finally achieved something FPS fans have wanted since PSVR was released: a virtual reality where FPS online multiplayer works. Not only that, but does so fluidly, keeping general games simple yet effective. For PvP, there is only one mode at present, but it is good enough to stand alone. Teams of four take on one and other in an intense gunfight through various locations from warehouses, marketplaces, and offices to either bypass a firewall and protect a laptop with important information on it, or steal it and take out those who defend it.

Gameplay is best when using an aim controller, and once you turn on the smooth turning in the options, it becomes a fully operational FPS. Moving the aim controller around aims your weapon or grenades and works very well, giving you great accuracy in combat. Unlike the dreadful Bravo Team, movement is free, and you can move around however you want, never having to move to a point by clicking in the direction. It is VR Siege and does exactly what it says on the tin.

Once you die, you’ll still be able to help your team by looking through the various CCTV locations. Even though matches can be short if you die, keeping the game alive with this option means your team can still become victorious with a little help from your friends. It takes inspiration heavily from Rainbow Six: Siege, but unlike the toxic community surrounding Ubisoft’s shooter, my time with Firewall’s gamers was incredibly pleasant. I met two guys who were from very different backgrounds, but both complimentary when we succeeded or made a good kill, and picked each other up if we failed. You don’t have to have comms on, but it should be explored, probably down to the fact that the game is so much fun, even if there aren’t any other modes. We had banter in the lobby whilst waiting for the next match, laughed when we killed an unsuspecting target, and shared tactics that often worked more than they failed.

You can play through the maps in a single player mode, but it’s more beneficial to explore the maps and get familiar with them. You’ll kill AI-controlled enemies, and whilst it’s good for a bit, it doesn’t really feed that appetite for PvP. You can also go online with three other players to battle AI enemies, but again, it’s not as satisfying as playing against real people. The biggest concern with Firewall is the amount of waiting around. I was waiting often in excess of five minutes to play one game, and when the games tend to last no more than five or ten minutes anyway, it can become frustrating. There’s an upgrade system that will allow you to spend some time changing loadouts and unlocking new skills, but the rewards are often quite low, so it can take time for you to get the equipment you want.

Like the Battlefields and Rainbow Six games, there are different classes for Contractors like Assault and Support, and all are deeper than expected. Along with the different guns, there are C4 and flag grenades depending on the class, and all can be beneficial when planning your team’s attack. Visually, it’s not perfect, but it doesn’t need to be. The environments are still well designed and filled with hiding spots and open spaces to give each game varied tactical options, and you can always see where your teammates are via a white outline of their body. When looking at your weapon, there’s a small screen that shows the map, and if your opponents are running their location will pop up on the map.

If your PSVR is picking up dust and you’ve been waiting for a reason to dust it off, Firewall: Zero Hour is that game. Bringing the tactical charm of Siege and presenting a community that want to work as a team without the need to be total douchebags all add to why this game is worthy of your time. The shooting is great, and movement is magnificent, with all gameplay complimented by interesting environments and a tense soundtrack.

I thoroughly enjoyed the VR elements including it's stellar gameplay. Matches are intense, and the focus on team play does the game justice.