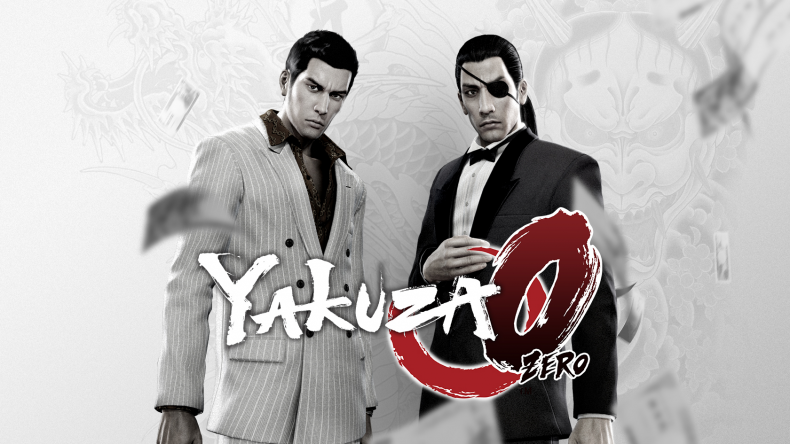 I’d like to start with an anecdote that will help you understand why I love Yakuza 0 so much; to me, it perfectly sums up the silliness and the creativeness Sega regularly puts into the series, and continues to keep it entertaining with every new entry. As Kiryu Kazuma, I had to go and buy a quintet of homeless men a selection of alcoholic beverages ranging from champagne to sake, just so they’d give me some information on a dodgy company I was investigating. Whilst wandering the Kamurocho streets, I overheard someone being rather rude to a young lady, so I made my way over to find out what was going on.

We were stood outside an S&M club, and she was a dominatrix, however, she wasn’t a very good one, and the man talking to her was complaining how bad she was. As the deviant went away to sulk into a handful of tissues, the dominatrix–in her sorry state–asked if I could teach her how to be mean. She’d seen me beat the crap out of a couple of street thugs, and thought I’d be able to help her be better at her job. We walked to the local park and I started to give her guidance on what she should say (including the best insult to use; we decided on pig), how she should step on her customers with her sharp heels and get strangers to watch her do her thing. Yakuza 0 is a wacky, wonderful video game; it’s rooted in the same 3D action-adventure shenanigans you’re used to, but adds some gorgeous environments, adaptable battle styles and plenty of side missions and activities outside the main story that you’ll never be stuck for something to do. You play the game as two of the series’ regulars: Kiryu Kazuma and Goro Majima. Kiryu gets caught up in a Yakuza family falling out after his target squeeze ends up dead, and Goro is running a cabaret club, desperate to re-join the Yakuza.

The story can take itself a little too seriously, especially when the game is so bonkers, but it’s still enjoyable nonetheless. I found the cut scenes went on for far too long sometimes, and the voiceovers can be inconsistent; sometimes there is talking, other times there aren’t, but the cut scenes still have mouths moving and so on. I ended up being too enthralled in the gameplay to care too much about whom ended up the proprietor of the empty lot, but it still looked a tad weird when it happened.

Battle styles are a massive part of Yakuza 0, and the difference in each one makes the constant flow of battles enjoyable. Kiryu starts out with Brawler, but acquires Rush and Beast. Each one can be used against different enemies; big groups of men in black or yakuza soldiers can be beaten up with Brawler, a basic boxing moves set, or big dudes like Mr. Shakedown can be challenged with the speed of Rush. Goro has Thug, Slugger, and Breaker; again, these moves can be used against different types of enemies, but I found levitating to one for each (Thug and Brawler were my favourite because of the good old fashioned beat-em up foundations the games were built on).

There are many opportunities to earn cash, and along with buying random crap or health buffs, you can spend it on upgrading your fighting styles, giving you new moves or increasing your max health. On top of the frantic fist action, you can trigger heat attacks that provide the real brutality; you can grab your opponent and thrust their noggin into a nearby wall or punch them continuously in the face as they lay lifeless on the floor. You’ll also be able to use objects lying around, like bicycles and street signs as well as weapons your enemies may drop. Over time, and after wandering Kamurocho and Osaka for hours, random fights do get frustrating. If you just want to get from point A to B, you can end up getting involved in a tussle or two without initiating them and it slows things up.

Let’s get to the good stuff, though. Yes, the fighting is satisfying and the story is pretty good, but what’s a Yakuza game without all the side stuff? There’s an abundance of side quests scattered throughout, and almost all are just brilliant. Whether you’re being a fake TV producer or giving a punk band a lesson on being more punk, there’s always something fun lurking around the corner. There’s so much to do outside of the missions and the story too. Play baseball, go bowling, race toy cars, visit an arcade and play classic Sega games, sing karaoke, go dancing, have a meal in a fancy restaurant – the list is endless. You can lose hours to these pastimes, and they do a fantastic job of making the cities feel alive. I’ve always loved Japan, and in Yakuza 0 it looks gorgeous: neon lights, busy streets, pachinko machines clinking and karaoke bars echoing through the city. I had a few texture issues whilst playing, but nothing too affecting, and on the whole the visuals were great. Meeting some of the characters along the way provided some outright hilarity, such as when learning my beast fighting style, the female thug/fighter insulted a chubby fellow by using ‘sugar moobs’ as an insult.

Yakuza 0 is a wonderfully crazy game, and there’s always something new to do. There are loads of challenges to do, giving completion addicts their hit, and even if you’re not into that, it doesn’t matter. Just go with Yakuza 0 and embrace the craziness; you’ll feel much better for it.

Random fights can get tedious
Some texture issues

If you’re a fan of the series, you’re going to want to play this--Yakuza 0 encapsulates the zaniness of Japanese culture with spectacular side missions, and is aided by it’s own satisfying combat and recreational activities.