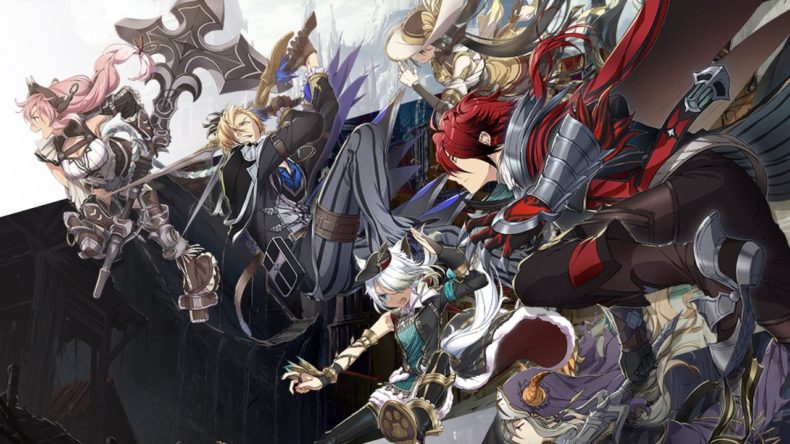 The Ys games have eluded me for some time now. The JRPG series has the type of action combat that I love and receives great reviews, but I just never got around to playing one past the first couple of hours. When I got to hear more about Ys IX: Monstrum Nox at a NISA digital press event last year I was ready to make 2021 the year I got into it, and I’m glad I did.

Everyone’s favourite adventurer Adol finds himself in a spot of bother when visiting the prison city of Balduq. After an almost immediate arrest for a dubious reason, Adol starts his quest by having to escape a highly secure prison. It doesn’t take long for him to get out, but when a mysterious woman shoots him at the exit he gains otherworldly powers and is cursed to stay within the city walls. Fortunately for newcomers to the series, the Ys games are fairly self-contained so you won’t really need any knowledge of Adol’s previous antics to enjoy the story. 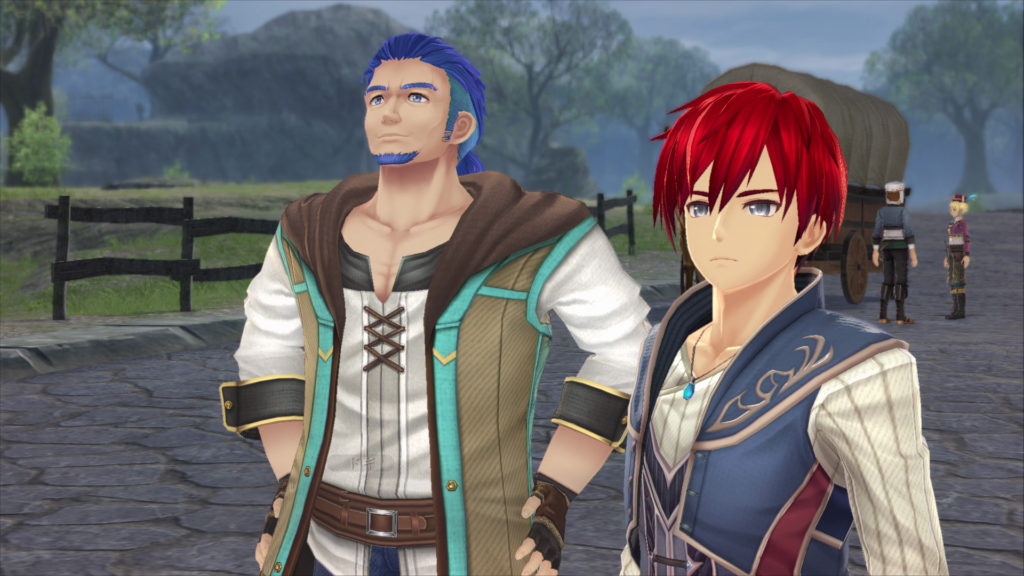 It turns out that Adol has become a Monstrum. There are 6 of these superhumans trapped in Balduq, and the fuzz have been spreading rumours about them being dangerous criminals. As you’re trying to break the curse you’ll meet up and make friends with all the other Monstrums, all while getting embroiled in the corruption at the heart of the cities’ security forces.

Each of the Monstrums has their own quirky character, and before long you’ll have your favourites that stay in your party. There’s the overly aggressive Hawk who constantly gets into scraps, the powerhouse that is Raging Bull, and even a Doll brought to life by magic. Alongside the other unlikely heroes, you’ll make plenty of other allies who inhabit your secret base of operations. I really enjoyed getting to know all the larger than life characters (especially thanks to an excellent English dub) with the exception of a particularly embarrassing gay stereotype. 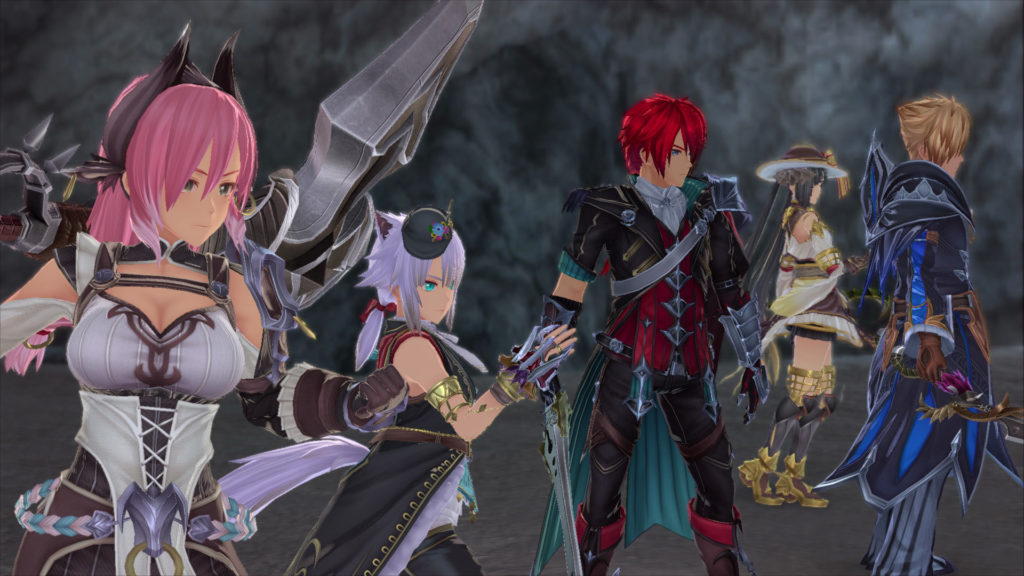 From start to finish I really enjoyed the action based combat of Ys IX. There are no random encounters to speak of, just enemies littering hallways, or portals that reveal nasties from another dimension. Fighting enemies is a fast paced affair, with flashy attacks, dodge rolls and guarding. Hitting regular attacks builds up SP for your skills, which deal way more damage and can be chained together if you’ve got the meter for it. All the other RPG combat elements you’d expect are here too. Status effects, staggering enemies, and a powerful burst mode that ends with a ridiculous final attack all make a welcome appearance.

Everyone in your party works together in combat, and can be set to be aggressive or defensive. At the push of a button you can also play as one of the other Monstrums, and if you’d prefer can spend the entire game as someone other than Adol. Everyone plays fairly similarly, but it’s nice to find a character with skills that work for you and stick with them. I spent almost the entire game playing as White Cat, and by the end of the game she felt like the main character. 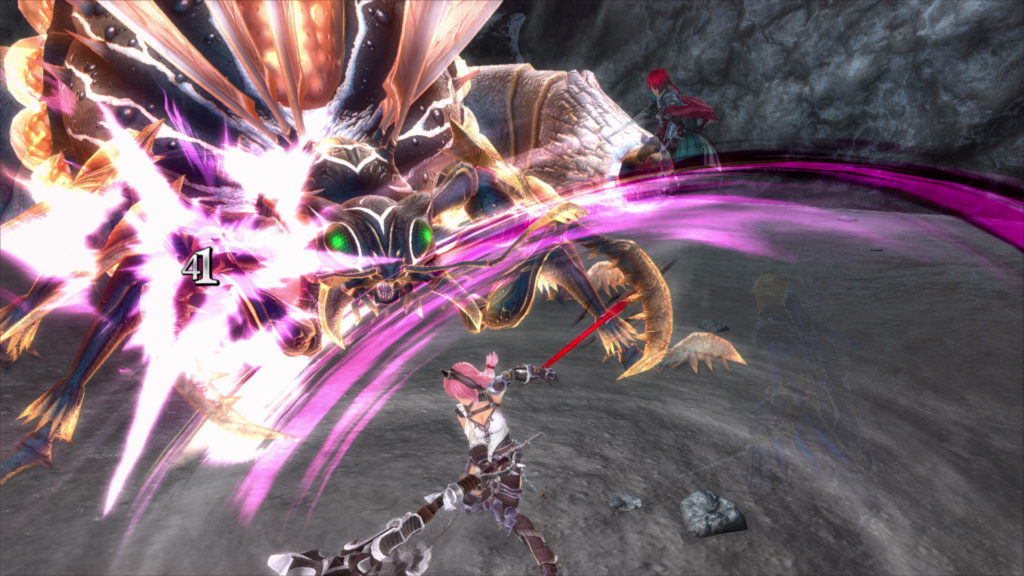 With every Monstrum you bring into the fold, you’ll get a new ability to aid in navigating the city. Balduq is a huge open area with a ton of verticality, missions and secrets to discover, and these powers are necessary to get around. Being able to run up walls and glide around, makes investigating every nook and cranny a joy.

Ys IX is divided into chapters that generally break up into the same activities. First, you’ll need to complete some side missions to activate a Miasma Vortex, then beating the Vortex will open up a new area, then you can get into the story. Although the side quests are fairly enjoyable, it was sometimes a little annoying to have your progress gated until you beat enough of them, and the Miasmas also have a minimum level requirement you need to meet to start them.

Miasma Vortexes present a totally different challenge to the rest of the game. They’re essentially a tower defense game, with monsters charging towards a large crystal that you need to guard with some upgradable defences and the help of all 6 Monstrums. It’s a fun change of pace from standard combat, and if you do a good job you’ll be rewarded with a ton of loot based on your score. 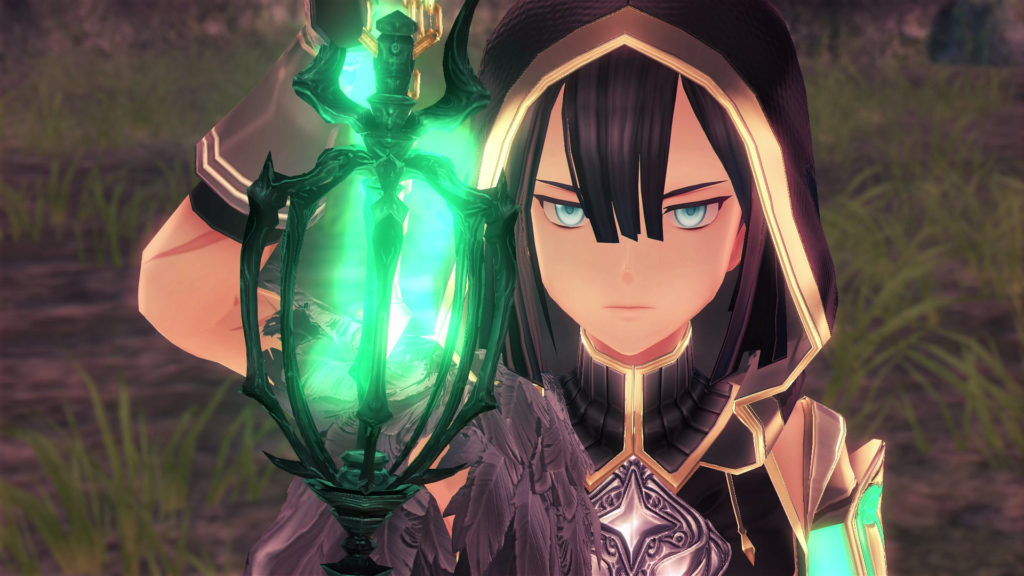 There are a lot of moving parts in Ys IX, and forgetting about leveling up or upgrading one thing will make life difficult for you. Standard things like upgrading weapons and buying armour is simple enough, but that’s just the tip of the iceberg. You’ll need to upgrade your Vortex defences, cook meals for buffs, use items that increase base stats, and even report landmarks and graffiti you find in the city to different NPCs. I appreciate how much there is to do in Monstrum Nox, but it can be pretty overwhelming.

Each chapter ends with a section where you control a character I won’t mention here for spoiler reasons, but this person has no abilities to speak of and playing as them quickly becomes a chore. These sections are narrative-heavy with a few irritating trap-filled areas to navigate, and I was disappointed every time they began.

This is a lovely looking game, with Balduq itself standing out as a grand feat of architectural design. Unfortunately, when whizzing around the city with your powers there’s some noticeable slowdown, which detracts a little from the spectacle. Also since much of the game sees you finding secret passages surrounding the prison, the hallways and tunnels you find yourself in are often a little bland looking.

Ys IX: Monstrum Nox is a really enjoyable JRPG, with frenetic combat that never gets old. There’s so much to do in the city of Balduq, and exploring it with your Monstrum powers is a blast. There are some technical issues in open areas and a few sections are less exciting than others, but it’s hard to deny the amount of quality content to sink your teeth into in Adol’s latest adventure.

Ys IX: Monstrum Nox is a great RPG with fast paced combat and plenty to do in its dense world.