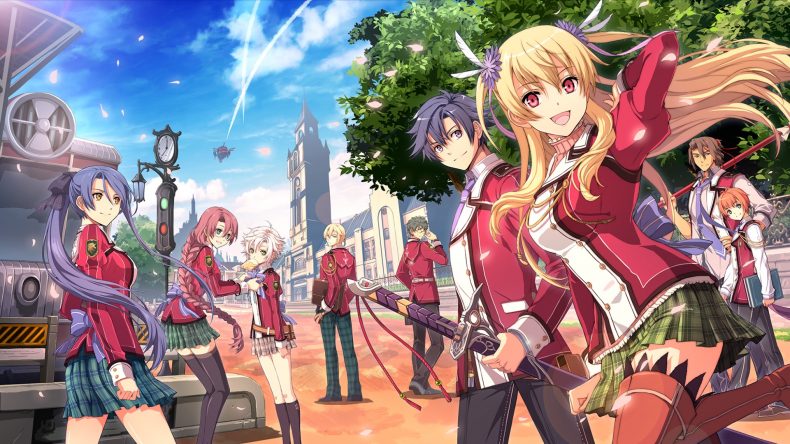 Back in early 2016, I reviewed The Legend of Heroes: Trails of Cold Steel on the PS Vita and I still find it surreal to have been able to play a game I thought would never be localised, not just on one platform but on 3 platforms now. Falcom’s Trails of Cold Steel (Sen no Kiseki in Japan) is still one of my favourite JRPGs this decade and with the new PS4 release, it is even better in every way.

The one question I get asked with almost every Nihon Falcom game review is can someone start with this game? Yes, you absolutely can start with The Legend of Heroes: Trails of Cold Steel on PS4. In fact, you might want to do it since Cold Steel II will arrive in a few months on PS4 and Cold Steel III is due this Fall. While most people know Falcom for the superlative Ys franchise, there’s a ton to love with Trails of Cold Steel and Trails in the Sky. Hopefully Falcom or another developer licenses the Sky games to port them to current consoles in the future. Trails of Cold Steel is set in the Erebonian Empire and is a very long game that has a story that isn’t just concluded in the follow up, but one that lasts 4 full games. Social classes are still prevalent with tension brewing across the land. Class VII is where you come into the picture as Rean Schwarzer who is the protagonist. He is complemented by colourful classmates who have their own unique personalities and traits. Trails of Cold Steel is one of the rare games where talking to every NPC is worth your time. The localisation is beyond superb. The amount of care put into even the smallest details is shocking.

In terms of core story content, this is the same game available on PS3, PS Vita, and even PC. The PS4 version has a lot of the important features that were in the PC release like turbo mode that speeds things up (more so in battles) which is one of the best additions to a remaster ever. After using turbo outside battles for even a a few minutes, it feels hard to go back. You can toggle this at anytime as well. In combat, it is a game changer. The initial prologue battles last under a minute now. The combat system is still a great blend between the Matera system in Final Fantasy VII and Grandia’s nice aspects. You probably know how much I love Falcom Sound Team JDK’s music by now. I still consider them some of the best and most versatile composers out there. Trails of Cold Steel has a superb soundtrack and I never grew tired of listening to it. The big draw for a lot of fans is the addition of not only dual audio (the PS3 and PS Vita releases only have English voice acting), but the addition to the massive extra voiced content that was added for the English voice track on PC. XSEED really went all out with this release and I’m glad to see Trails of Cold Steel finally see a definitive release.

The only real flaw in this release is that since this was originally designed for PS3 and PS Vita, it looks quite dated in many areas even when running at 4K. Every other issue I had with the PS Vita version has been addressed here. One nifty addition is the ability to transfer your PS Vita or PS3 save to the PS4 version and pick right up. The one downside to this is you can’t transfer it back to either old version of the game. The cross save is a one way sync and while it isn’t ideal, it is another welcome addition. The Legend of Heroes: Trails of Cold Steel on PS4 is the best value proposition for this game on any platform. It is a massive improvement over the PS3 and PS Vita version and it even includes some unexpected things like dual audio. When I picture what I’d want for a remaster or port of a game I love, XSEED delivered in spades with this release. It even has a SteelBook with the physical release. I can’t wait to replay Trails of Cold Steel II when it releases on PS4 before Trails of Cold Steel III sees a release in the West later this year. I will never hesitate to go back to a game with these fantastic characters.

Still looks dated in many areas

The Legend of Heroes: Trails of Cold Steel on PS4 is everything I wanted in a remaster of one of my favourite RPGs this decade and more.