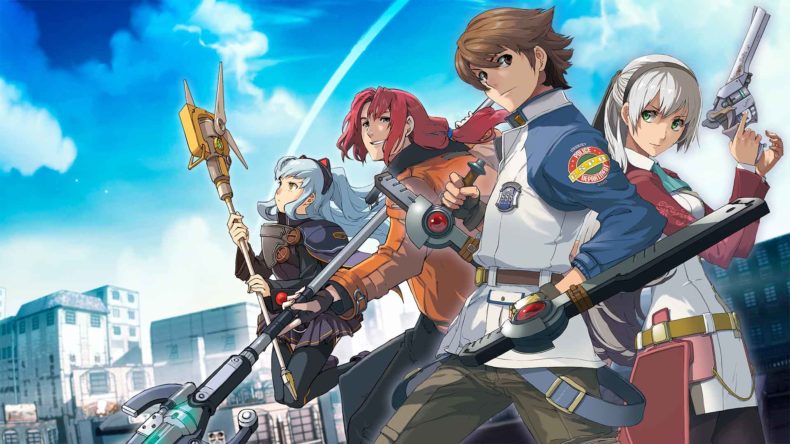 If there’s one regret I have in my long history of JRPG playing, it’s missing out on the Trails series. Falcom’s ambitious series of RPGs aimed to create an expansive story that was built across multiple games and arcs, but because of that it’s incredibly hard to get into. Imagine trying to get into the Marvel Cinematic Universe after the twelfth film released, and that each of those films was 50 hours long. Despite my concerns I decided to jump into The Legend of Heroes: Trails from Zero, and I’m really glad I did.

Lloyd hasn’t been back to the evergrowing city of Crossbell for a few years now. After growing up there, he decided he needed a break from city life when his brother Guy tragically passed away. Now after completing his detective exam he’s ready to join up to the force and continue fighting for justice just like Guy did. But not all is as it seems.

Lloyd isn’t getting put into a standard detective role, and instead finds himself leading a new branch of the police known as the Special Support Service. In Crossbell the police are a bit of a joke, so they’re launching the SSS to earn the respect of the citizens. The SSS will accept requests from pretty much anyone, and your role as an odd job man with your new teammates Randy, Tio and Elie begins immediately. Because this is the first game in one of the Trails games’ many arcs, the story is actually fairly self-contained which was perfect for a newcomer like me. 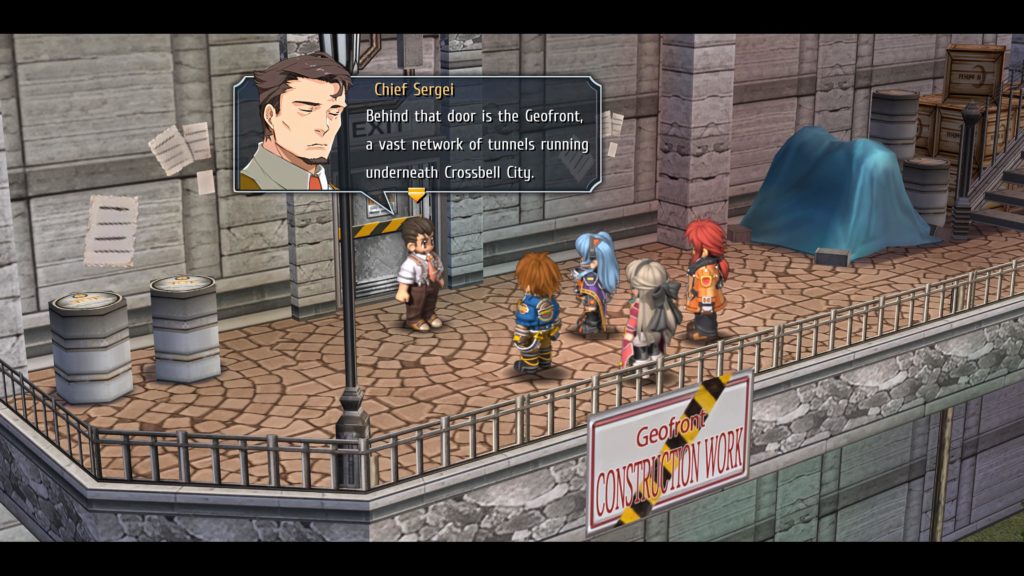 Unlike most massive JRPGs, Trails from Zero takes place almost entirely in the city of Crossbell. It’s a really interesting setup, where instead of going on an epic adventure to save the world you’re stationed in a big town and get to know it like the back of your hand. There’s a lot going on in Crossbell, from political corruption to battling crime syndicates, so the team will always have something to do.

There’s a terminal at the station where you’ll find your requests, which you’ll be given money and detective points (DP) for completing. Get enough DP and your rank will go up and a powerful reward will be yours. There are plenty of jobs to dive into in each chapter of the game, and they’re hugely varied. Perhaps you’ll be required to kill a monster that’s terrorizing the outskirts of town, fetch ingredients for a struggling restaurant, or even take photos of the town for the Crossbell Times. It sometimes feels slightly ridiculous that trained police officers are being given trivial fetch quests, but it fits the narrative of the police being looked down on, and with enough hard work our fab four might just be able to change that.

Alongside the smaller jobs, there’s always a main quest to investigate in each chapter. Without fail these quests are very compelling, and will require you to talk to a lot of people and maybe even do a bit of critical thinking. Whether you’re trying to find out if a threatening letter to a celebrity is a hoax or ease the tensions between some street toughs, the writing is always fantastic and the overarching narrative is always added to in some way. 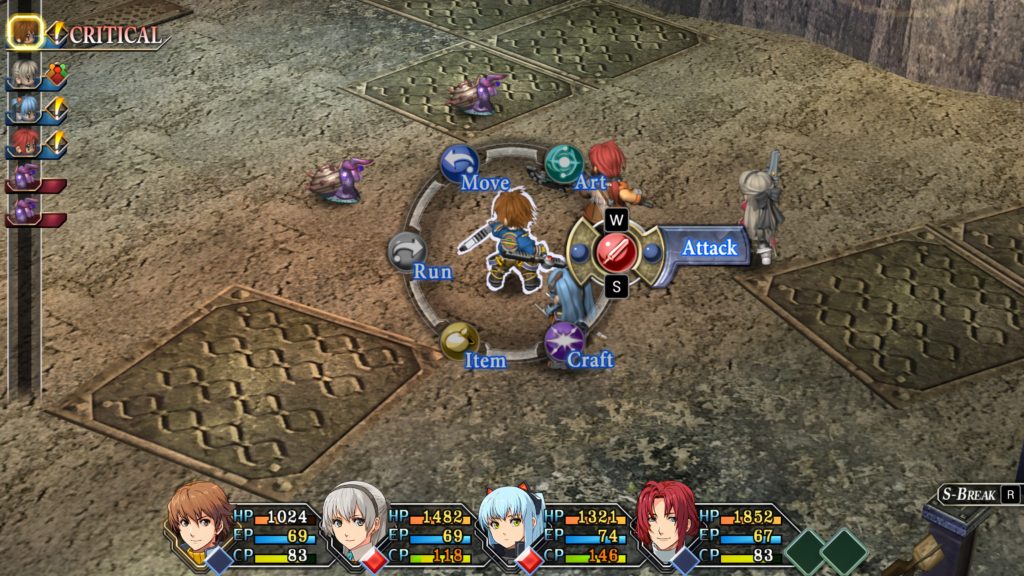 As you might expect, a lot of the situations the SSS find themselves in end in conflict – so prepare to do a lot of scraping. Combat is turn-based and takes place on a grid, with each character having a variety of moves they can unleash with different ranges and power levels. This might sound a bit like a tactics game, but in actuality it’s closer to something like Chrono Trigger.

As well as a basic attack, each of your characters have Arts and Crafts. No this doesn’t mean they do a bit of finger painting mid fight, it’s just what they call magic and special attacks in Trails from Zero. Arts use your MP, and can only be used based on the different coloured crystals you equip to each member of the team. Crafts use CP and are specific to each individual and gained by levelling up. This might sound a bit complex, but all it really means is that you have loads of different moves at your disposal.

My favourite thing about combat though is how easy it is to get the drop on your enemies. There are no random battles in Trails from Zero, the bad guys just walk around the environment. By sneakily hitting them in the back with Lloyd’s police batons before starting the fight, you’ll ambush the enemy. This means that you’ll go first, all get critical hits on your first attack and have a high chance of triggering a team attack which usually comes pretty close to wiping out all the enemies. It’s a great way of making combat against basic enemies feel like less of a grind, especially because there are plenty of bosses and tougher fights to enjoy alongside these one sided affairs. 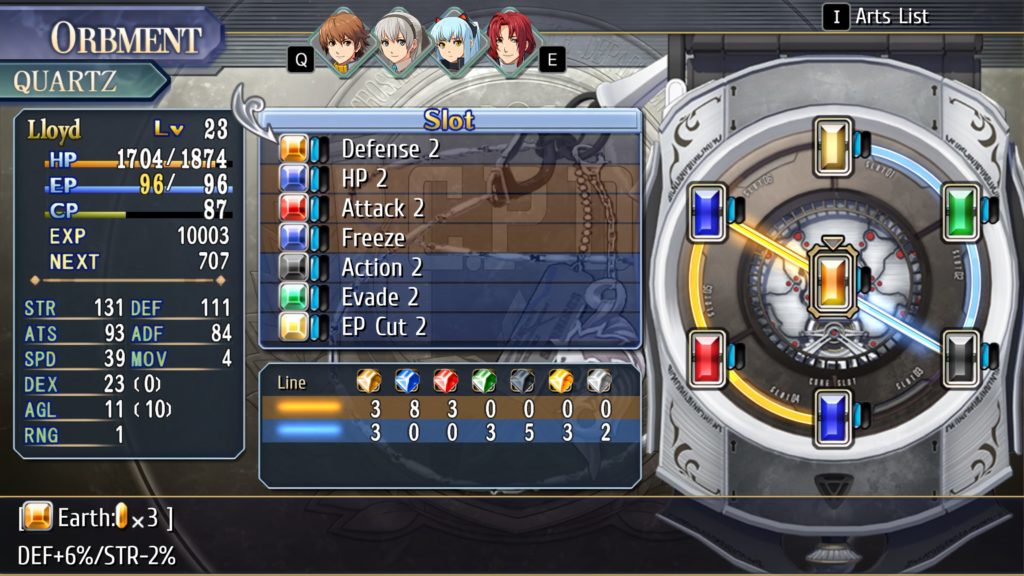 You’ll struggle against the harder foes if you don’t set up your Quartz correctly. These are those crystals that you use for Arts, and alongside providing you with cool new spells they also give you passive stat buffs. Each character has seven slots you can put these gems in, and based on the total elemental level of the gems you’ll be able to use more powerful Arts. You’re never told what combination of elements will yield a specific Art, so it’s up to you to experiment with different combinations. For example pumping one character up with all your water gems will give them access to loads of single target healing spells, but mix in some wind and you can make those heals target a large area. It could probably all be explained a bit better, but after a bit of playing around you’ll learn to love it.

I should probably mention that Trails from Zero was originally a PSP game that didn’t leave Japan, and although it has been updated it’s far from feeling modern. The environments hold up pretty well in a lo-fi sort of way, but the character models and their dead eyes take a bit of getting used to. Obviously this isn’t a big budget remaster and you wouldn’t necessarily expect a huge graphical overhaul, but if dated visuals irk you this probably isn’t the game for you.

Falcom made one huge change to Trails from Zero for this release though, and without it I think I’d have enjoyed this game so much less. By pressing L2 you’ll activate High Speed Mode and everything will move twice as fast. Whether you’re going from one side of town to the other or just smashing your way through a few battles, being able to boost the speed improves the game so damn much. 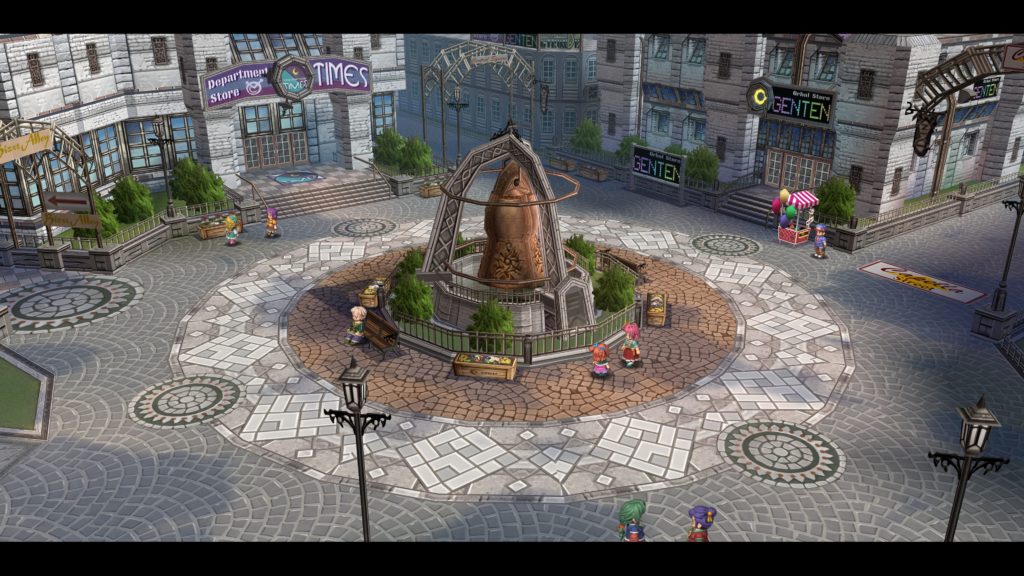 High Speed Mode thankfully doesn’t affect the audio, which means you’ll be able to hear the sound track in all its glory. Trails from Zero quite simply has one of the best JRPG soundtracks I’ve had the pleasure of experiencing, and for this reason alone I’m grateful that NIS finally brought this game to the west.

The Legend of Heroes: Trails from Zero is a spectacular JRPG with delightful combat and a story worth experiencing. The setting of Crossbell feels very unique in a genre known for epic globe trotting adventures, and exploring every nuance of the city as you help the SSS grow is an absolute joy. The visuals may detract from the experience for some, but if you can cope with them you’ll be rewarded with a JRPG masterpiece.

The Legend of Heroes: Trails from Zero is a sensational JRPG from top to bottom, and one that fans can’t afford to miss.