previous
Nelke & the Legendary Alchemists: Ateliers of the New World releases on March 26 in NA, March 29 in EU for PS4, Switch, PC
random
next
Gungrave VR bursts onto PS VR on December 7
0 comments

Persona Dancing: Everything you need to know about the games including editions, which version to buy, DLC, and more 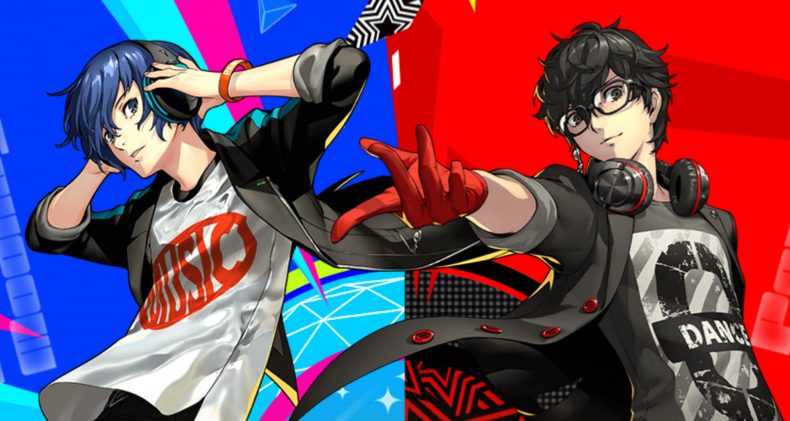 I still remember the announcement stream (I can’t imagine a Persona fan who doesn’t with how we all had to sit through loads of nonsense to get some announcements then) for Persona 4 Dancing All Night on Vita that also saw Persona Q and Persona 5 being revealed for the first time. Fast forward to last year and Atlus announced not one but 2 dancing games. Persona 3: Dancing in Moonlight and Persona 5: Dancing in Starlight are finally here for the West and this feature will cover everything you need to know about the games including what to expect as newcomers, fans, what DLC is expected, the differences, and which version to buy.

What platforms are the games releasing on?

When are they releasing in Europe and North America?

Both games release on the same day which is December 4, 2018. What editions are the games getting on both platforms?

On PS4, you can buy them digitally or physically while the Vita version is digital only for both games. The PS4 release also has a special physical and digital bundle called Persona Dancing: Endless Night Collection. The PS Vita releases can be bought separately or in a bundle called the P3D & P5D + Megaverse Costume Pack for Vita which includes both games and a plethora of SMT inspired costumes for the games.

What does the Endless Night Collection include?

It includes both Persona 3: Dancing in Moonlight and Persona 5: Dancing in Starlight physically, an art book (don’t expect a full sized one), a code for Persona 4: Dancing All Night for PS4.

What about the PS4 version of Persona 4: Dancing All Night?

As of this writing (and it has been months since the Japanese release), it is only available in Persona Dancing: Endless Night Collection. What is the pre-order bonus?

Both pre-order digital copies and the physical first print run of the game include download codes (or included with the digital copy if you pre-order) for Shinjiro Aragaki (with Persona 3: Dancing in Moonlight) and Goro Akechi (with Persona 5: Dancing in Starlight) as dancer add-ons. Both characters are playable in both P3D and P5D. Are they available in physical form on PS Vita anywhere?

The Western release is digital only on PS Vita despite being released much before the cut off for physical manufacturing of Vita cards in the West. If you want a physical copy, import the Japanese releases from your favourite online import store like Amazon Japan.

How big are the games on each platform?

Can I play these without having played Persona 3, Persona 4, and Persona 5?

You can because they are just rhythm games and you can skip the story stuff if you’d like but I wouldn’t recommend skipping those games because they are all superb. While the story content in these games isn’t great, they do have spoilers for some key moments and assume you have played them in references. There are boss themes as well with some backgrounds from late game moments. If you’re wondering which versions to play or don’t own older consoles, play Persona 5 on PS3 or PS4, Persona 4 as a PS2 classic on PS3 or PS Vita in the best version which is Persona 4 Golden. For Persona 3, you have tons of options to experience the story. You could play Persona 3 FES as a PS2 classic on PS3 or play Persona 3 Portable on PS Vita as a PSP classic. While there is an anime for P4, P4G, and P5, skip those because they aren’t good at telling the story. The Persona 3 movies (4 in total) on the other hand are amazing. Which version should I buy?

This is a bit complicated. If you’re a fan of both Persona 3 and Persona 5, you obviously want both games and the bundle is cheaper than buying both games separately and it also includes P4D on PS4 or costumes on Vita. If you only want to buy one of the games now, I’d recommend Persona 3: Dancing in Moonlight as it has better songs for a rhythm game and the cast is

Does it have dual audio? What about subtitle text?

Both games (Not P4D) support Japanese and English voice acting and EFIGS subtitles. The Config menu lets you turn Japanese voices on by toggling the menu option for it.

What are the differences between the PS4 and PS Vita versions?

While P4D was built for Vita and it runs superb on it, these don’t fair as well on Vita. There are a few instances of slowdown and some of the transitions on the menu aren’t as smooth on Vita as they are on PS4. The PS4 version of both games looks and runs brilliantly at 60fps vs 30fps on Vita. The PS4 version weirdly has a few low resolution splash screens for logos and that is the only flaw when it comes to visuals aside from some low resolution textures in rooms during Social sessions. What is the DLC situation this time?

While both games don’t have as many songs as they should have for the asking price, DLC in the form of cosmetics and music exists and the Japanese DLC for both games as detailed on Persona Central.

The DLC schedule for both games in NA and EU is here. Will Persona 4: Dancing All Night Vita DLC work on PS4 or do I need to buy the DLC again?

Update: You will need to rebuy P4D DLC on PS4 unlike Japan where it was free for Vita owners. Get ready to spend a ton (sadly) if you want everything for this port.

Can I try the games before buying?

Yes, on PS4 both games have demos you can download right now. Nothing for Vita owners sadly but if you played P4D, the gameplay is nearly the same.

Hopefully that answers any questions you may have had about the upcoming release from Atlus.