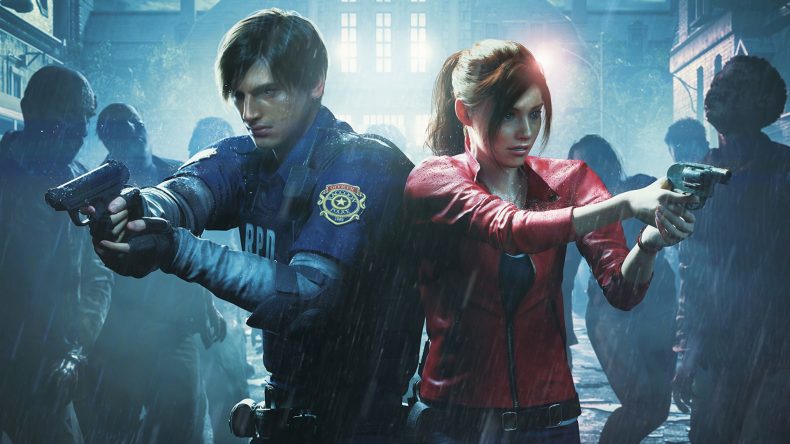 Who knew, when I opened my Christmas present back in 1996 and began playing the original Resident Evil at 6am, that my love for survival horror would be awakened? Who knew, when I was shitting myself at the dogs and the zombies and the Hunters, that I would be playing a game series that I would still be in love with over 20 years later?

Well, that is precisely what happened.

While it is true that that first game remains my favourite of the entire series, there can be no doubting that its first sequel is my second favourite. From that impressive opening cinematic and the now iconic characters, to its incredible “dual scenarios” story mechanic, Resident Evil 2 remains a triumph of gaming. It’s a stone cold classic, seen by many as the best of the lot.

After lots and lots and lots of requests, Capcom finally gave in to the overwhelming demand for a remake of Resident Evil 2, announcing that it was in development back in 2015. It wasn’t until three years later however, that it was finally unveiled at E3 2018 during Sony’s conference. Honestly, I almost had tears in my eyes when watching that trailer. I had almost given up on it actually seeing the light of day, after seeing nothing for the three years following its announcement. In a move similar to Resident Evil 7’s reveal, Resident Evil 2’s E3 unveiling also came with the bonus of a January release date, meaning we only had to wait seven months until it arrived. And those seven months are almost at an end.

We have seen a fair amount of the game since its reveal, with our very own Chris White heading out to play it on two separate occasions, returning with some mouth-watering footage of a game that looked astonishing even in its earliest form. While it is known that the scenario system has been abandoned in favour of simply merging the introduction of the Tyrant (often known as Mr X) into the main campaign, there will still be two characters with their own stories to tell, only they’ll be even more terrifying than the original game.

Those stories will remain faithful to the 1998 original, but much like the 2002 remake of Resident Evil released on GameCube (eventually re-released on the current consoles a few years ago, with a Switch release due early this year) Resident Evil 2 will see some changes that will keep things fresh for returning players. Sure, some of the layout of the RPD building looks familiar, but there are also some major changes to make it feel like a completely new game, which in many ways, it is.

Remember in the original games, when zombies would remain in their set rooms? This gave players a sense of safety when they were low on ammo or health, but someone at Capcom twirled their moustaches and laughed maniacally when they decided that zombies could simply force their way through unlocked doors and chase you down. Not only that, they also decided that Mr X could follow you too, upping the stakes to maximum and putting players in Brown Alert situations. Make no mistake, Resident Evil 2 looks terrifying – and I couldn’t be happier about that.

Part of that terror is also down to Capcom’s impressive RE Engine, upgraded since Resident Evil 7. While the Baker household and its inhabitants were richly detailed and spookily lit, Resident Evil 2 looks to be on another level, with ridiculous levels of detail and some of the most sinister lighting I’ve seen since Silent Hill 2. I am not looking forward to wandering around the giant-spider-infested basement and sewers this time around. Just thinking about it is making my skin crawl.

Everything from the zombies to the Tyrant look spectacular, but the characters look particularly amazing. Leon and Claire have some top drawer animation and their facial detail is light years ahead of its original form (obviously, since they didn’t even have facial animation in the original game) but, perhaps more importantly, it looks as good as anything else out there right now, perhaps better. I can’t wait to play it on a 4K console. William Birkin’s mutated form looks disgusting as anything with a massive eyeball in its shoulder should, and I cannot wait to see how those boss fights have evolved since the days of running in circles and taking periodic pot-shots. Quite honestly, good ol’ Billy Birkin’s introduction cinematic is still one of my favourites of all time, so the idea of seeing the 2019 version has me giddy with excitement.

There are some great games coming in 2019, from the early releases such as Anthem and Kingdom Hearts III, through the Q2-3 releases such as the newly-announced Mortal Kombat 11 and the long-awaited Rage 2, and even the ones that may arrive late in the year such as Gears 5, Halo: Infinite and The Last of Us: Part II (though the latter two are probably 2020 games). It says a lot then, that Resident Evil 2 still stands head and shoulders above everything else in terms of our anticipation. For me personally, I find it crazy that this could be the third year running that a January release has the potential to end up being my game of the year.

I love that Capcom is once again taking the Resident Evil series seriously, after losing its way a few times. Resident Evil 4, despite its brilliance, started the downward spiral when it turned the true survival horror progenitor into an increasingly action-based affair, as the next two sequels attempted to follow in its successful footsteps. The Revelations games, especially the second, were the path back to horror. Still a little too much action, but the scares returned properly and everything began to feel like Resident Evil again. Now that Resident Evil 7 has put the series back on track, it’s looking like the remake of 2 could light the way for future games in the series, whether that future is Resident Evil 8 or another spin-off game (a Jill Valentine-led Revelations 3 please, Capcom, if you’re reading this).

Now, if only I could make these final weeks go by with a Thanos-like click of the fingers…