previous
New PC trailer shows off Red Dead Redemption 2 in 4K
random
next
Planetside Arena is a battle royale with potential, but it needs work
0 comments 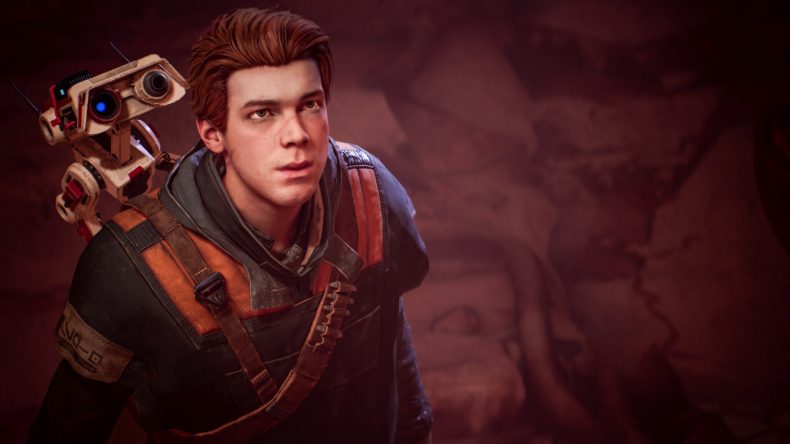 Star Wars single-player titles are a strange beast. Gamers have been screaming out for a new one for years, but games studios just haven’t been able to get them shipped. The loss of 1313 still hurts many. Nothing has been able to scratch that itch left by Knights of the Old Republic, all those years ago. So it was with high hopes and just as high expectations that we all got excited over the announcement that Respawn Entertainment is developing a new Star Wars title for EA.

Star Wars Jedi: Fallen Order is impressive right from the get-go. The visuals are crisp and sharp. Granted I played the game on a high-end PC running 2K resolution and ‘Epic’ settings, but the attention to detail stand out. The vistas in this game will lead to many beautiful a screenshot, that’s for sure, but it’s not just the panoramic views that leave an impression, the minute tiny details like mud on the ground look fantastic. It’s worth noting this is an Unreal 4 engine game, and I didn’t see any of the texture pop-ins that the engine is known for, so either the engine was highly customised (which Respawn are renowned for), or they had some super fast SSDs installed in these preview PCs. Customisation is present, with RPG elements seeping into every aspect of the gameplay. There is, of course, a varied skill-tree with paths to unlock abilities that increase your power, defence, and movement as you progress, tying into the idea that you’re not quite a Master Jedi, but you’re not a Padawan either. Cal, the Jedi you play as in Fallen Order, has had his Jedi training in the past, so he’s no Luke or Rey, but for whatever reason, he hasn’t been able to progress sufficiently. That narrative provides an excellent backdrop for the game’s progression unlocks, meaning you don’t start all-powerful; instead improving as you go on, putting points into Force, Lightsaber, and Survival on the Skill Tree.

The characters have been written specifically for the game, so there’s a new adorable companion, BD-1, to follow our Cal around and provide all kinds of benign assistance as we play. Both Cal and BD-1 are customisable as well, unlocking coloured skins for the droid and clothing options for Cal. There are also plenty of lightsaber mods to pick up throughout the game, so your end game character, while remaining true to the lore, will likely look quite different to that of your friend’s. Oh, and I’m not going to spoil anything here, but fans will be very pleased with certain moments.

Combat is refreshing, with a parry and attack style that feels natural. There’s something about the way you manually deflect a Stormtrooper’s shots that feels incredibly satisfying. The game is very forgiving if you fall off a ledge or die by accident or because of the environment, placing you straight back in the game. However, if you die in combat, there are sanctions. Firstly, you’ll lose all XP since your last skill-point; secondly, you’ll respawn back at your previous meditation spot, and thirdly, you’ll have to find and kill the enemy or creature that took you out in order to regain your lost XP. It’s a level of challenge that is quite rewarding. Meditation occurs in particular places around the planets where there are distinctive markings on the ground (think Tomb Raider campfires or, well, you know… bonfires), and it’s a chance to refill your health and stims and spend any skill points you may have gained. Slicing creatures in half with a lightsaber looks and feels as good as you’d expect. Likewise, the moment you unlock Force Push, it’s a whole other degree of satisfaction – shoving enemies around with a gust of force power.

Movement feels fluid, with a whole host of mechanics ranging from a Titanfall-esque wall-run, swing ropes, sliding around on the ice, climbing. There’s an Uncharted feel to the movement – in a good way. And how you can hold block to raise your lightsaber and use it as a light source in dark areas such as caves is yet more of small the detail we like to see. Your ship, the Stinger Mantis, is a kind of base of operations. It’ll be your transportation between planets, an area for story dialogue and the odd bit of collectible gathering. There are all kinds of bits and bobs to collect, including skins, stims (health packs), force-sensitive objects, lore objects that provide additional story dialogue – and they’re all over the planets in different formats. One of the more interesting loot mechanisms is the container boxes that BD-1 can enter and search for us.

There are puzzles to be solved as you venture around some of the planets, with different degrees of difficulty. There’s a slider for combat which can be adjusted on the fly, which is handy is you want to absorb yourself in the story for a while and then jump back into more difficult combat scenarios. Boss fights are certainly going be a challenge in Star Wars Jedi: Fallen Order, with different techniques required to take them down. The controls seem pretty intuitive for the most part, bar the call-to-action dots used for interacting with items in the world. It’s never quite clear if something is going to be an “right stick” or a “down arrow” interaction until you pause and hover over it. That’s quite grating, but if the most significant criticism I can come up with after playing for over three hours is that, then we could be in for something special, here.

Star Wars Jedi: Fallen Order is an action-adventure RPG to look out for, it’s going to fill that gap of exploration and puzzle-solving while providing a combat style to match no other. Some may have been saying that we didn’t know too much about the game with it being out so soon, well we do now, and this Star Wars fan is very, very excited for the final product.

Preview thoughts are based on a press trip to LA. EA paid for our travel and accommodation.

Would definitely risk it, for a chocolate biscuit.
MORE LIKE THIS
EARespawn Entertainmentstar wars: Jedi Fallen Order