previous
Is Star Renegades the next great turn-based RPG? | Preview
random
next
The Mafia: Definitive Edition’s gameplay has been revealed
0 comments 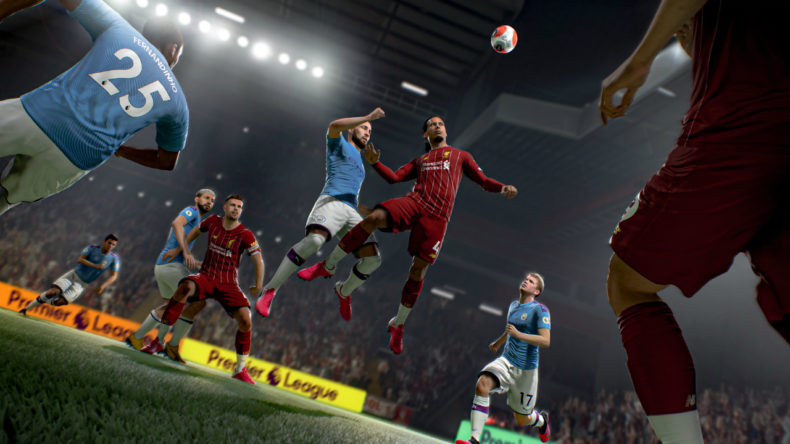 With the FIFA 21 reveal trailer set to go live at 4pm tomorrow, it has got us thinking about some of the changes for FIFA 21 we’d love to see in the next entry in EA Sports’ successful sporting franchise. Last year’s release did little to move the series forward apart from the Volta mode, so with the next-generation looming, we could see some big improvements and features added to make the game much better this time around. Without further ado, here’s what we want to see in FIFA 21.

For years, the Career Mode has been overlooked. Minor adjustments have come in the form of manager interviews, transfer negotiations, and visual financial tweaks, but it has gotten to a point where the entire mode needs a complete overhaul. More control over the backroom staff would be great, giving you the ability to hire physios and therapists. Hiring coaches for the youth team and organising training sessions, and getting more involved in their development would certainly help to flesh out the work you get up to between matches.

Dealing with point deductions, player bans for misbehaviour off the pitch, the return of a clear transfer market, more options and variety in press conferences, disputes with players taking part in your office as opposed to text-based conversations, and the option to discuss your targets with the board of directors instead of just trying to hit your objectives are some of the improvements it could make. It also wouldn’t hurt to get a revamped UI, with a clearer layout for every part of your job.

What would be amazing is if it had a Franchise Mode, where you wouldn’t just be responsible as a manager, but where you set the financial targets, spent money in marketing, promotions, and sponsorship, stadium improvements, and more. There is so much FIFA 21 could do for fans that spend a lot of time with Career Mode as opposed to FUT. It’s only a matter of months to see if EA Sports have spent time improving FIFA’s most ignored mode.

Simulate matches from the dugout

Whatever the mode, having the option to become the manager at the touchline would be a big improvement, offering a completely new way to experience the beautiful game. Watching the match from the dugout could allow you to call to specific players, argue with the referee or linesman’s decision, or make substitutions on the fly. I’ve always fancied the idea of playing through Career Mode simulating every match, but I don’t want to just watch the matches I could be playing. Having this option would make simulating a game much more appealing.

While it may not be a huge change to the game, I feel that including females in many aspects of the sport would be a big step for FIFA 21 to make. We have female football teams at an international level, but why not league teams? I understand it might take a lot of time to scan every female from a wide range of divisions, but why not a selection of the biggest women’s clubs from around the world? Female referees are still excluded from the majority of football leagues, with Sian Massey-Ellis being the only one in the Premier League, but there’s no reason we couldn’t see some in FIFA 21. Female commentators would also be a welcome addition to the game, as I’d happily listen to Jacqui Oatley in the commentary box. 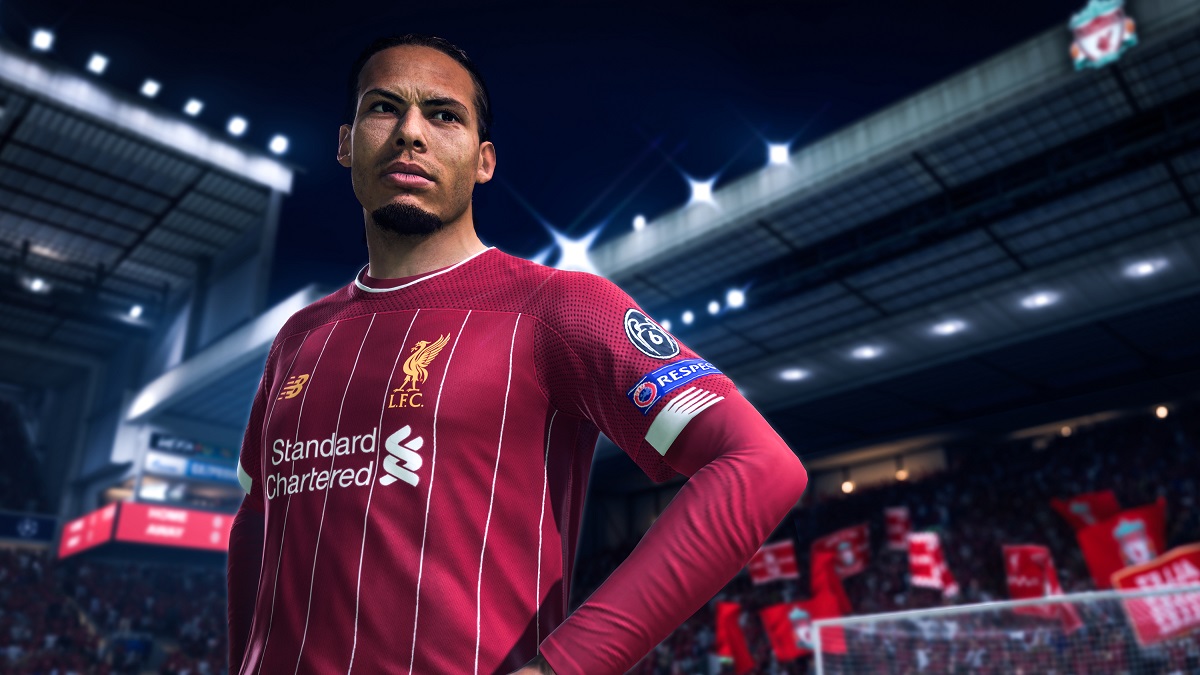 Customisation of clubs, stadiums, and more

With teams like Juventus being absent from FIFA 20, it would be nice to be given the option to create your own teams, from the kit to the stadium and beyond. Being allowed to edit current stadiums, kits, and teams would be cool as well, changing stand names, capacity, colours of seating, and scoreboard locations would be a nice addition. Finally, editing a footballer’s appearance would help to keep things as up to date as possible. If Andy Carroll decides to go bald, or Raheem Sterling grows an epic beard, then the option to edit this in adds more realism to the game.

Following on from the previous customisation point, being able to create a brand new club would be awesome. Adding all your friends to a team, editing the kits and club badge, providing full control over their stats and appearances would make Career Mode much more fun. All created players in previous games can have their names changed to something the commentary recognises, and if entering them into Career Mode, the commentary team would be able to keep up to date with their statistics. Whether players can be bothered to go through a rigorous creation process or not, it would be nice to have the option to do so.

Whilst VAR is a relatively new concept to modern football, its impact has been felt the world over. At the end of the day, FIFA 21 is a video game, so it doesn’t need to be as stringent as it has been in real life, but instead of the referees and linesmen always getting it ‘right,’ it would be nice if the occasional offside or a foul could be overturned. On the opposite end of the spectrum, I’d love certain things being missed by officials. The AI refs and linesman always spot every mistake, so missing them every now and again would be a brilliant tweak in mechanics that make matches more diverse. 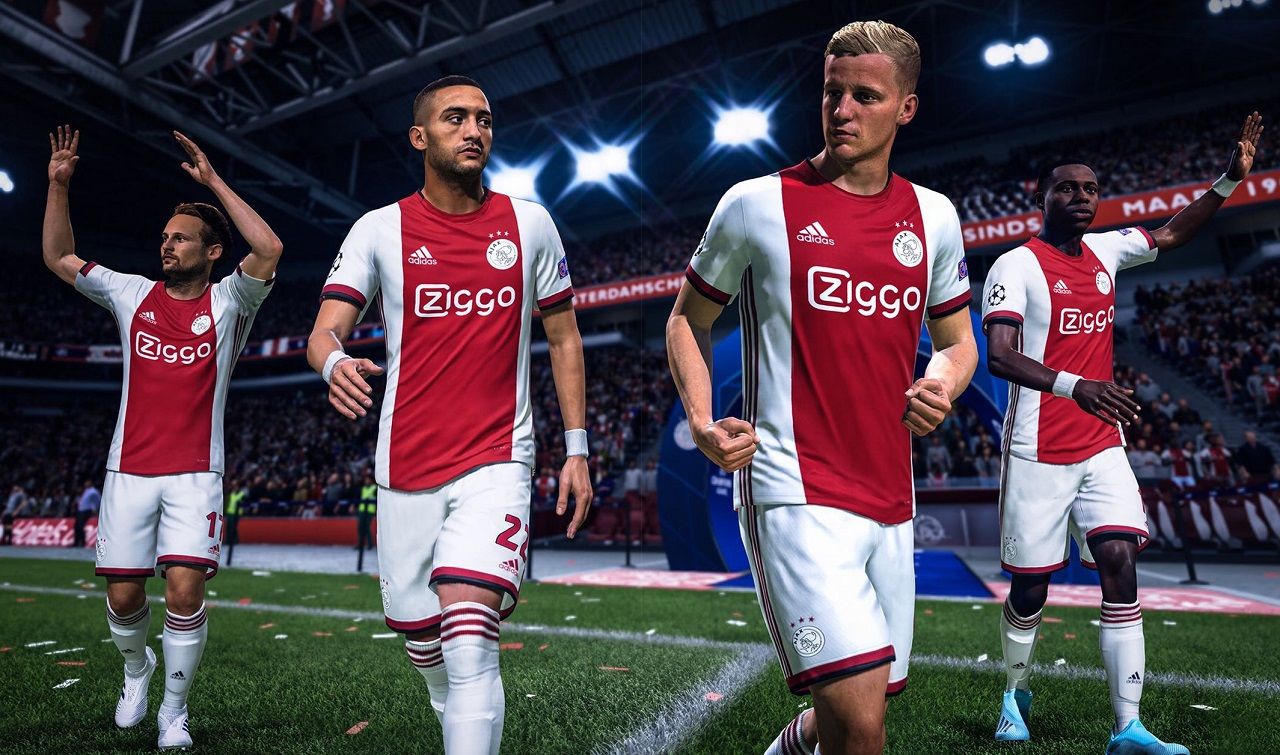 Goal kicks inside the box

Whether you like to admit it or not, passing or throwing the ball to your defence as a keeper can often lead to interceptions and goals by the opposing side. Everyone has done it, and it’s about time this changed. The animations are slow in this area, and with the new rules that allow goalies to pass to players inside of the box, it would make for more fluency in your team’s offensive approach, as well as making the game flow faster than it has done before.

More control on corners and crosses

It’s a shame how crosses were unpredictable in FIFA 20. You had very little control where the ball went due to a strafing icon in the box, and the type of ball you played in became more a game of chance than anything else. Selecting a specific player to play the corner into, or easily select whether you hit a high ball or slice into the box would also be an improvement. Crosses into the box also lacked finesse in FIFA 20. Again, more control on how you play the ball in would be much more appreciated. It felt like last year’s game took a break from this side of things, and it would be nice if FIFA 21 focused on making this side of the game better.

The AI in FIFA 20 was good, sometimes too good. When attacking around the box, defenders were far too intense and it could be tricky to break away from them. They rarely make a bad pass, and always manage to find a successful route to the box. Of course, teams like Barcelona and Liverpool play some incredible football, but even the best players get it wrong. Whilst I don’t want AI to be weakened, I just want it to be realistic. Struggling to score should be an affliction for both teams on the pitch, and being able to capitalise on the opposition’s mistakes would be more satisfying come the final result.

Video games are cool. Don't let anybody tell you any different.
MORE LIKE THIS
ea sportsfeatfifa 21