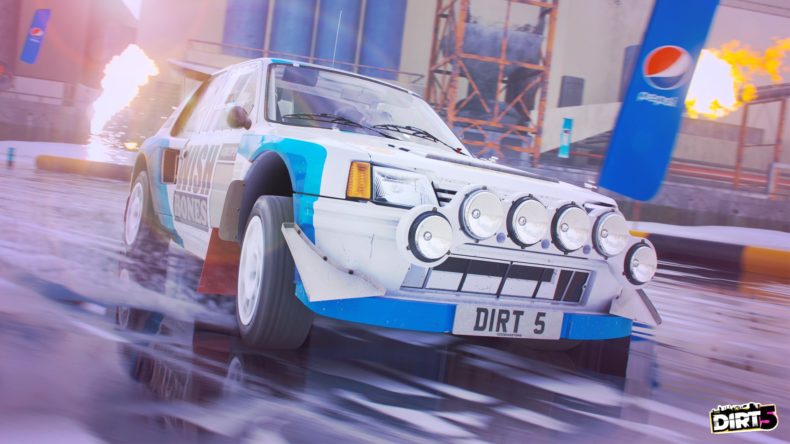 With DIRT 5 revving up for its October release, albeit with a slight delay after it was pushed back a week, Codemasters has released the tracklist for the racer’s soundtrack.

Headlined by top acts like Stormzy and The Prodigy (do the young ‘uns actually remember them?), the soundtrack already boasts 40 tracks. More will be announced in due time, but have a look at what’s currently in-store for the game: 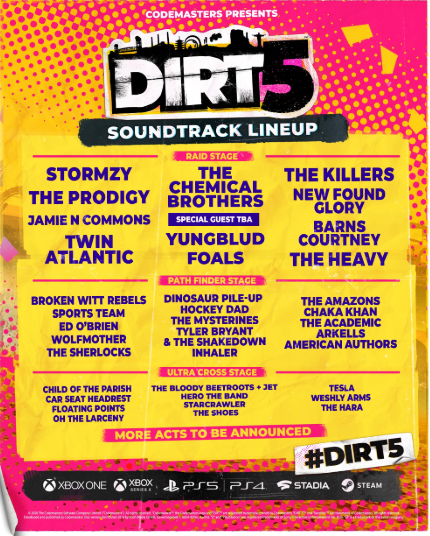 If you fancy listening to a sample right now, you can head over to Spotify to get some of that goodness in your ears.

Codemasters has also partnered with Globe and Universal Music UK for an official soundtrack featuring new music, exclusive to DIRT 5. Artists include Sea Girls, Broken Witt Rebels, High Contrast, NOISY, KOKO, Prospa and Saronde. The OST will be available via music streaming platforms to coincide with the release of the game. 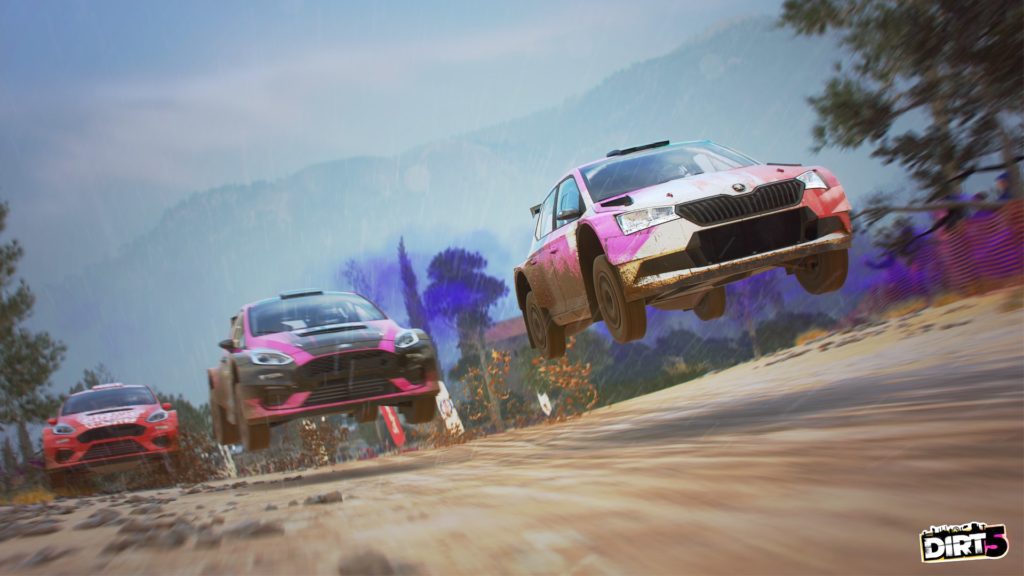 “DIRT 5 is innovating the racing category, delivering a next-generation experience while taking inspiration from previous DIRT titles,” said Stephen Root, VP of Development Creative Services at Codemasters. “The soundtrack follows the same principles with the vibrancy of the new, and a nod to the previous generation with exciting fresh music from established global icons.”

DIRT 5 will arrive on October 16th for PlayStation 4, Xbox One and PC. It will come to Xbox Series X and PlayStation 5 later in the year, supporting both Xbox’s Smart Delivery and PlayStation’s free upgrade system. A Google Stadia release is also planned for early 2021.