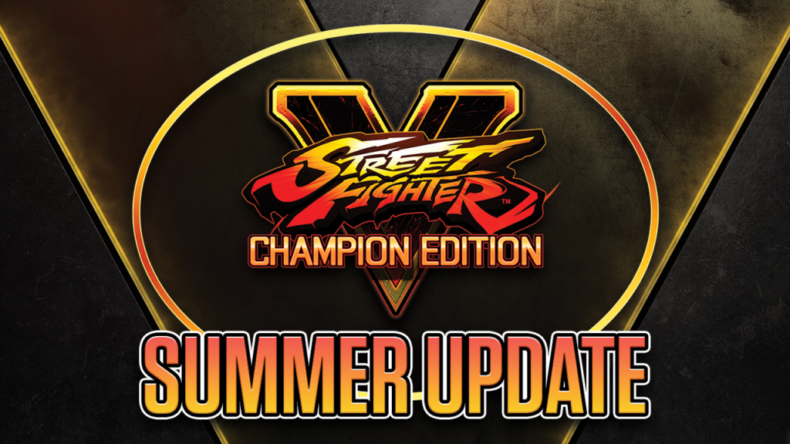 In the Street Fighter V Champion Edition Summer Update, Capcom revealed its roadmap for the next season of content for its flagship fighter. Featuring five characters (one of which remains a secret for now), four stages and over thirty costumes, it’s safe to say that the game is still going strong.

You can see all the announcements for the Summer Update in this video:

For those of you too impatient to watch the video, here are the four characters revealed in the update.

A mainstay from the Street Fighter Alpha series and last appearing in Street Fighter IV, Dan Hibiki will be bringing his (over) confidence and iconic “Taunt” to Street Fighter V. A training partner of Ryu and Ken, Dan considers himself well-equipped to “school” other players with his unique Saikyo-ryu (“Strongest Style”) fighting style.

Rose is a fortune telling fan-favorite character who also previously starred in the Alpha series and Street Fighter IV. Using her tarot cards, Rose will arrive armed with a variety of unique special moves and plans to channel all of her Soul Power energy into Street Fighter V.

Last appearing in Street Fighter III: 3rd Strike, Oro is an ancient martial arts master who exists as an immortal hermit. He restricts one of his arms from use in order to give his opponents an advantage, but that won’t stop Oro from being one of the most well-trained and powerful fighters in Street Fighter V.

First introduced in Capcom’s 1997 fighting game Rival Schools: United by Fate, Akira Kazama is preparing to make her Street Fighter debut. As an acquaintance of Sakura, Akira has previous ties to the Street Fighter universe and is gearing up to bring her biker style look and clever gimmicks to Street Fighter V.

The fifth, as-yet-unnamed, character is due to arrive in Autumn 2021. Who do you think it will be? Answers on a postcard… 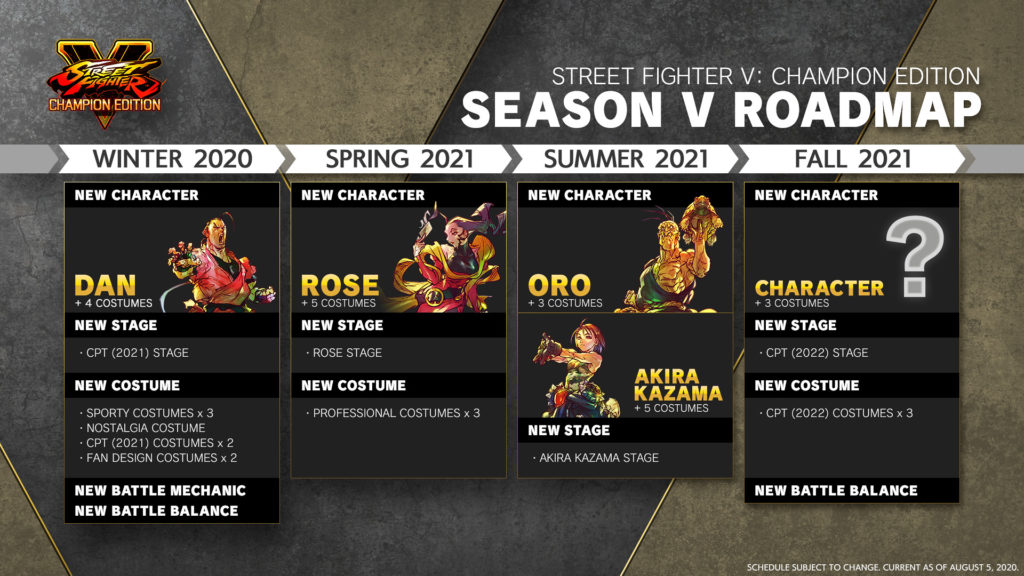 Alongside the characters will be over thirty new costumes, plus four new stages. Rose’s will be the first character stage, arriving in Spring 2021, with Akira’s stage following in Summer 2021. Bookending these stages will be Capcom Pro Tour stages, arriving in Winter 2020 and Autumn 2021 respectively.

You can find out more about the Street Fighter V Champion Edition Summer Update here.