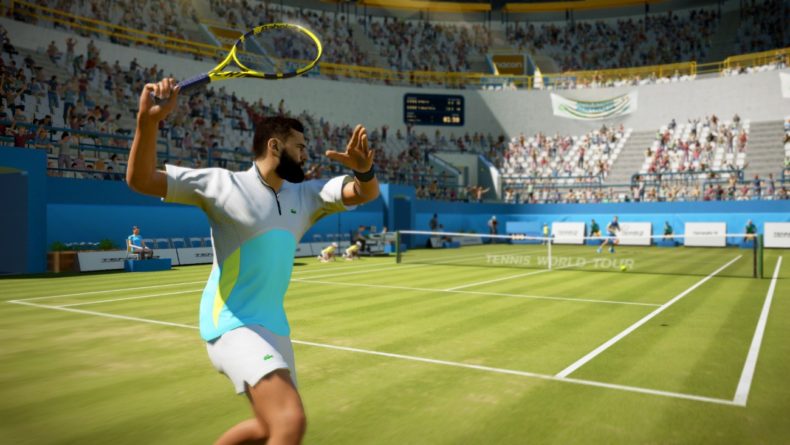 There are only a few days before the release of Tennis World Tour 2 and today NACON and Big Ant Studios have revealed the 38 tennis players available in game.

The roster is impressive and looks set to allow players of Tennis World Tour 2 to take on the role of the greatest champions in the world of tennis. There are big names like Rafael Nadal, Roger Federer and Ashleigh Barty and also included are “legends” such as Marat Safin and Gustavo Kuerten, both available with pre-orders for the game.

The full list is included in the graphic below: 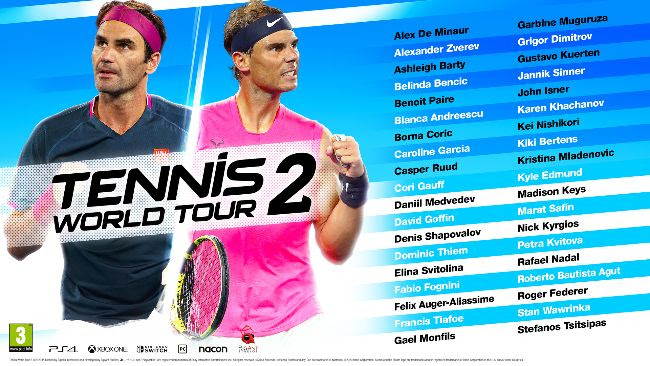 Tennis World Tour 2 promises to be the most comprehensive tennis experience with new features such as the ability to play double matches with up to four players locally and online as well as a competitive mode and improved serve system. There will be multiple game modes to choose from with a Career mode, Quick Match, Online, Tournament, Ranked Match and Tie Break Tens. Players will also get to play across a variety of official courts from Manolo Santana of the Mutua Madrid Open to the OWL ARENA of Halle and the three courts of Roland-Garros: Phillipe-Chartrier, Suzanne Lenglen and Simonne-Mathieu.

Tennis World Tour 2 will launch on 24 September on PlayStation 4, Xbox One and PC with the Nintendo Switch release scheduled for 15 October.

Likes to shoot stuff and wear pretty shoes. Is a BEAST at Titanfall.
MORE LIKE THIS
Big Ant StudiosNaconRafael Nadaltennis World Tour 2