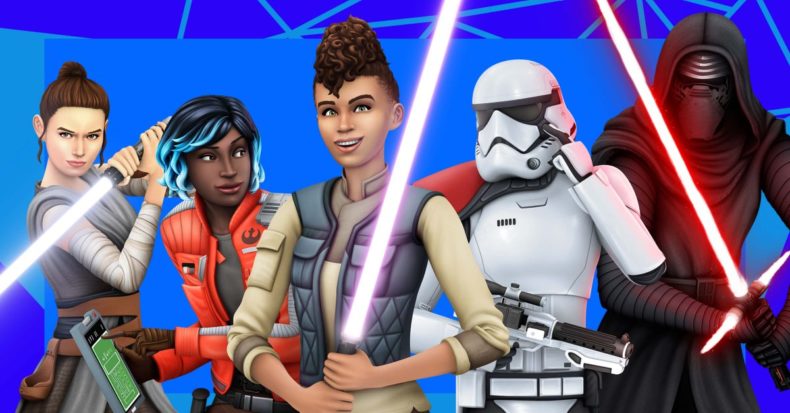 The Sims 4 has gone to a Galaxy Far Far Away with the Star Wars: Journey to Batuu Game Pack.

Developed by Maxis, one of the EA studios and Lucasfilm, the new pack will allow you to take your Sims on their own unique Star Wars story. The Sims 4 Star Wars: Journey to Batuu offers players an original gameplay experience and features the authentic sights and sounds of the Star Wars galaxy on the remote planet of Batuu.

In the pack players can take their Sims on a journey to the edge of the galaxy and unite with iconic characters like Rey and Kylo Ren and  socialise with the locals at Oga’s Cantina. There’s also options for your Sims to create a coveted lightsaber and construct their very own droid to accompany them on their adventures.

There’s more too, as your Sims will cross paths with members of the Resistance, the First Order and the characters who are vying for control over the new Black Spire Outpost. Pledging allegiance to a particular group and completing missions will earn you galactic credits as well as increasing your reputation. By doing so your Sims will be able to unlock new rewards like Starfighter access, new clothing, artefacts and equipment.

The Star Wars: Journey to Batuu Game Pack is available today on PC and Mac via Origin, Steam, Xbox One and PlayStation 4.

Likes to shoot stuff and wear pretty shoes. Is a BEAST at Titanfall.
MORE LIKE THIS
EALucasfilmMaxisrey