previous
Yakuza: Like a Dragon is comfortably one of the best games of 2020
random
next
Torchlight III now available on PlayStation 4, Xbox One, and PC
0 comments 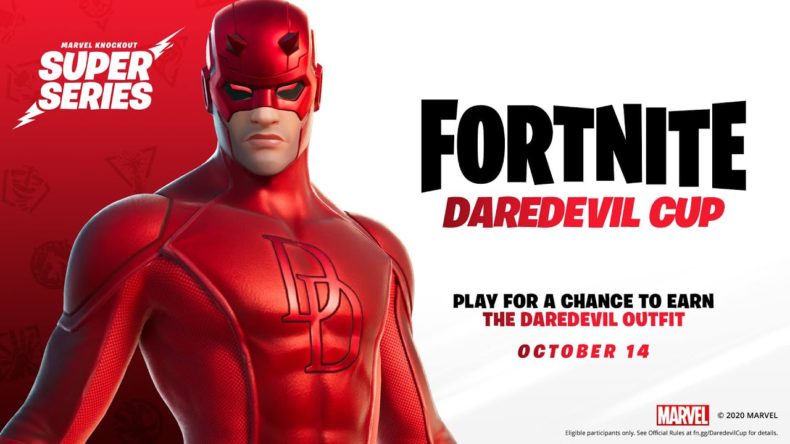 Epic Games has today announced that the Marvel Knockout Super Series in Fortnite begins on October 14, 2020. The Super Series will consist of four competitive cups centered around the Marvel Knockout game mode. Each cup is to be hosted by a Marvel Hero or Villain new to Fortnite. The first of these is Daredevil, the Man Without Fear. Winners of the Super Series get more than just personal glory, they also get early access to the Hero or Villain outfit before it is available for purchase on the Item Shop.

In addition, these four cups will build up to a grand final tournament. The stakes will be high, with a prize pot of $1,000,000 to conclude the Marvel Knockout Super Series. But don’t worry if you don’t win big in this tournament. As a bonus, any player who participates in all four of the cups will receive the exclusive Nexus War Glider.

If you are looking for more details on the Marvel Knockout Super Series, you can head over to the official announcement on the Fortnite blog. You can access it here for lots of additional information.

Fortnite is out now on Nintendo Switch, PlayStation 4, Xbox One, Android, iOS and PC