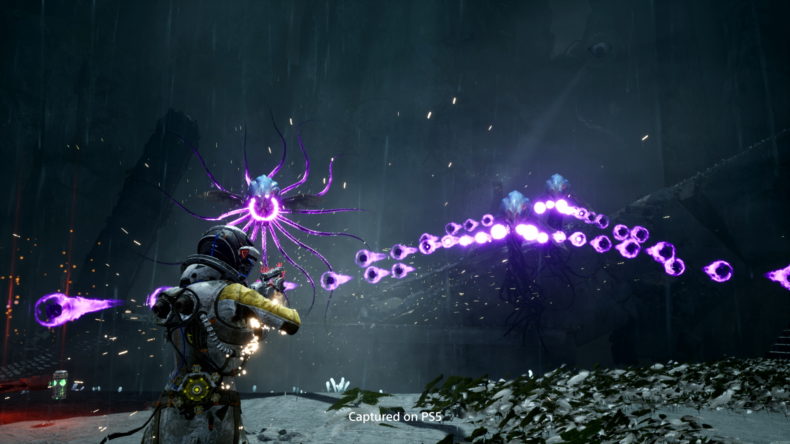 Housemarque may not be a household name, but you’ve almost certainly played a game by the makers of the upcoming PS5 exclusive, Returnal, which has just had a new gameplay trailer released for it.

From Super Stardust HD on PS3 to the PS4’s PlayStation Plus launch title Resogun, they’ve been a friend to Sony for a while, with Alienation, Super Stardust Ultra VR, Nex Machina, and even Matterfall filling out a much needed arcade offering on the family of consoles.

But Returnal, a name that’s either a clever portmanteau or just a terrible name, depending on your preference, looks set to change things up. Instead of a top down or side on system, this is third-person shooter, hopefully with all the trappings of what Housemarque does best. You can check out the new trailer which showcases some hot gameplay, right under these words.

Looks like there will be upgradeable weapons, plenty of tools and buffs, and it really does look like Housemarque has upped their game (which was already pretty high) to make a proper next-gen idea come to life. In some ways it almost looks like a bit like Risk of Rain 2, which is a damn good thing in our book. The gameplay in Returnal does look up my alley, I’ll say that much, but I’m a big fan of Housemarque anyway. I wasn’t aware it was getting a boxed retail release, which is revealed at the end of the trailer, that much I’ll say.