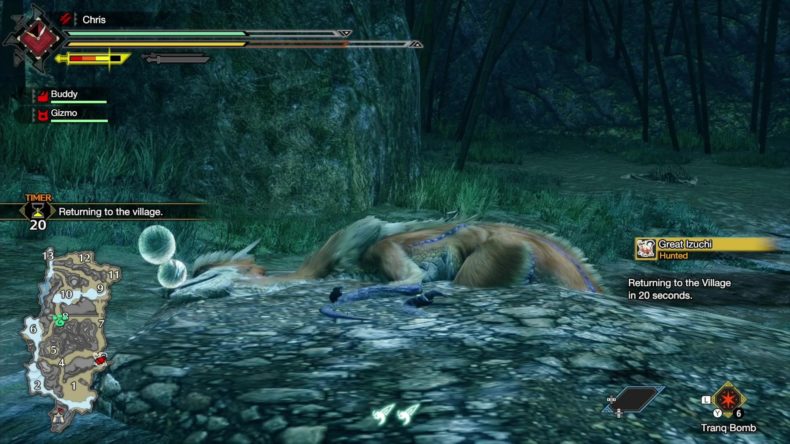 How to capture in Monster Hunter Rise

The basic premise of capturing monsters in Monster Hunter Rise is quite simple. It’s very similar to previous titles in the series, but if this is the first Monster Hunter game you may be unfamiliar with what to do. Essentially you need to deal enough damage to a Monster so that it is weakened. Then when it is in this state you set a trap for it to walk into. The final step is to then tranquilize the Monster before it is registered as a capture. 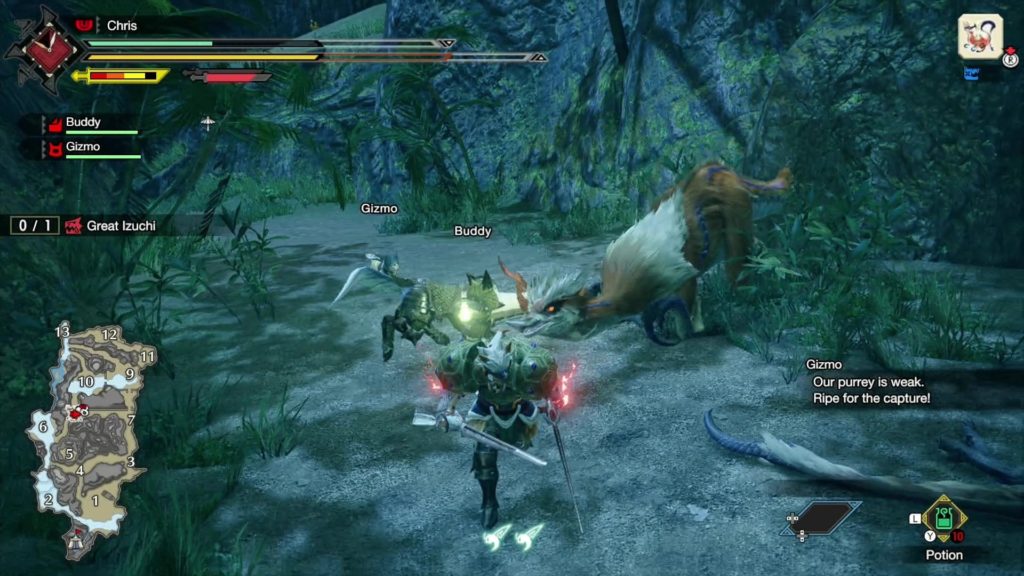 How do you know when a Monster is weakened?

Thankfully there’s a really simple way to tell when a Monster is ready for capture in Monster Hunter Rise. Aside from the fact the Monster will likely be limping around from area to area and may even go to sleep to recover, there is a sure-fire way of knowing. What you’re looking for is an icon in the top right corner of your screen. Where you see the picture of the monsters in the area you are in, you will also notice a blackish bar underneath each picture. This bar displays various icons detailing the state of monsters during a hunt. These can range from when you mount one using silk bind abilities or when you’ve used items to lure monsters to your position.

The icon we’re looking for though is a blue face icon because that indicates a weakened monster in Monster Hunter Rise and means we can begin our capture. The blue icon will also be present on the minimap over the monster icon too.

What you need to be able to capture

To successfully capture a monster in Monster Hunter Rise, you need one trap and two Tranquilizer Bombs.

You can craft them as follows:

Nets can be made using Crafting Recipe 35 and require 1x Ivy and 1x Spider Web. Both of these can be found whilst out exploring.

Trap Tools are sometimes rewards for quests, but more often than not you’ll be buying these from the merchant. It’s best to wait for a sale when they’ll be half price at 100z each and then stock up. 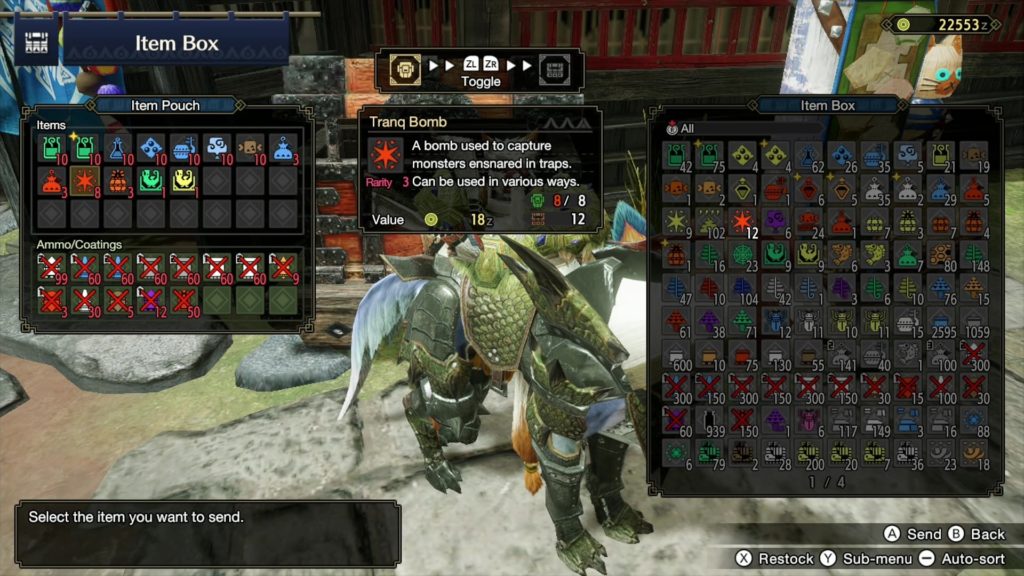 Thunderbugs can be found in the wild on rocks or trees.

Both Sleep Herbs and Parashrooms can be found out in the wild. Alternatively, you can buy Tranquilizer Bombs directly from the merchant. Again wait for a sale and they will only cost you 90z each. Remember you need 2 for a successful capture.

Why should I bother to capture in Monster Hunter Rise?

The main reason to capture in Monster Hunter Rise instead of straight out killing is for the rewards. Not only does capturing mean you don’t have to worry about carving at the end of the fight, but it also affects what materials you might get from the downed monster.

Each monster has a set percentage likelihood of receiving each of its materials depending on how you killed it or whether you broke a part etc. Capturing has its own percentages and often has a greater chance of acquiring rarer materials. And for some monsters, you can only obtain certain materials through capturing. As such being able to capture keeps your options open and is worth doing whenever you can on a hunt.

Take the example of a Great Wroggi monster below. You can see there is a higher chance of receiving a Great Wroggi Brace from carving so if you were looking for that for your next weapon or armour upgrade then carving would give you better odds at the end of a hunt. 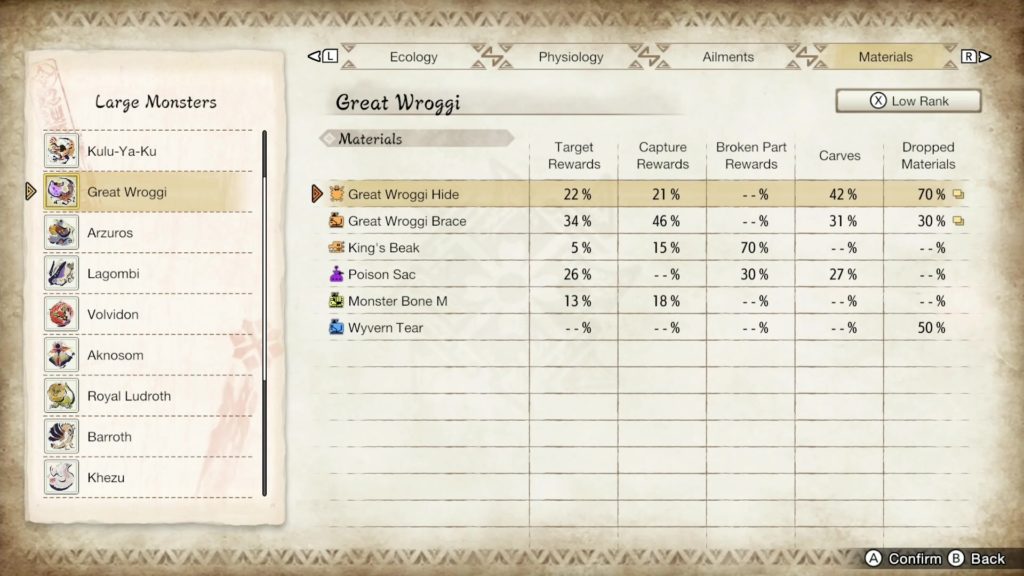 Additional things to remember when capturing