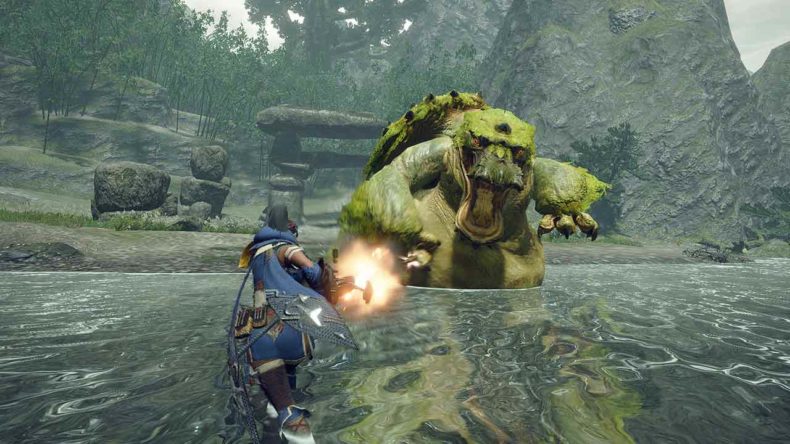 In Monster Hunter Rise, you’ll have various currencies, and the main money you’ll use is called Zenny. It is used for various things including purchasing items, food before a hunt, or upgrading weapons and armour. In this guide, we’ll show you how to make money quickly in Monster Hunter Rise.

Perhaps the most basic and obvious tip is that all successful hunts give you money as a reward for completion. It’s easy to check how much money you’ll receive for completing the quest when you accept it. More difficult quests will reward with extra money, but be careful as the reward is severely affected if you faint during a hunt. Therefore the best advice is to go for the toughest quest you feel you can finish without fainting so you get the maximum money for each Monster Hunter Rise quest. 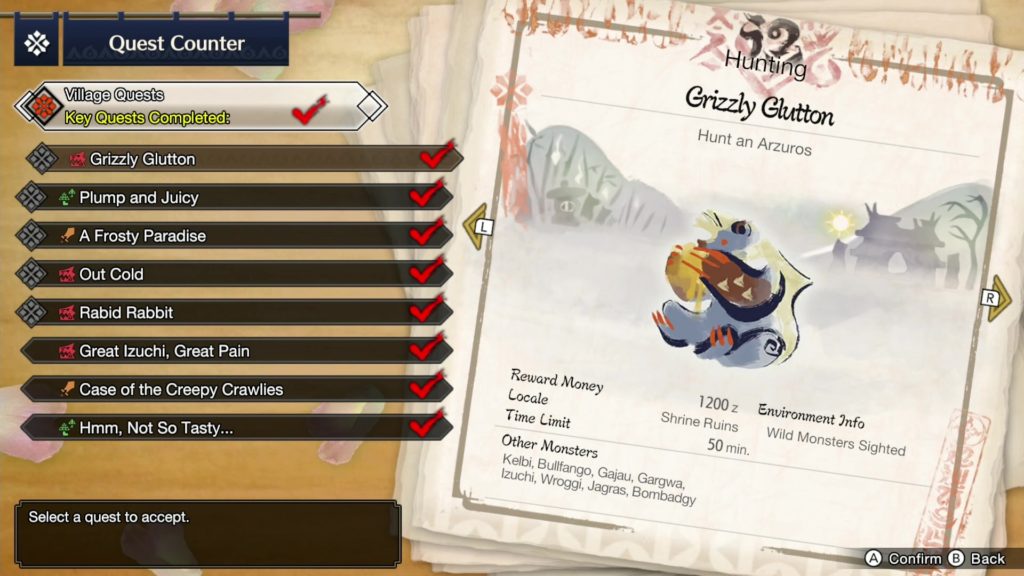 You’ll get a lot of items throughout your adventures in Monster Hunter Rise. Various bugs, mushrooms and materials will soon begin filling up your item box. Whilst you will need lots of these for crafting and weapon and armour upgrades, you’ll also notice you’ll begin to build up a stockpile of certain items. For these items sell them as otherwise they’ll just be getting dusty in your item box. You can always leave a reserve of each item in your inventory if you’re nervous about needing it in the future.

Each item has a rarity associated with it. Aside from scarcity it also tends to denote value too. So Rarity 4 items will be more valuable than Rarity 2 items. This should help give you a steer on what to sell. Generally speaking, rarer items can be found in the later areas. As such if you’re on a spree to find items to sell, you’re better off going on an expedition in Sandy Plains or Flooded Forest rather than Shrine Ruins all the time. In those areas, Mining Outcrops and Bonepiles will be more likely (although not always guaranteed due to RNG!) to have rarer materials in it which are worth more to then sell on. 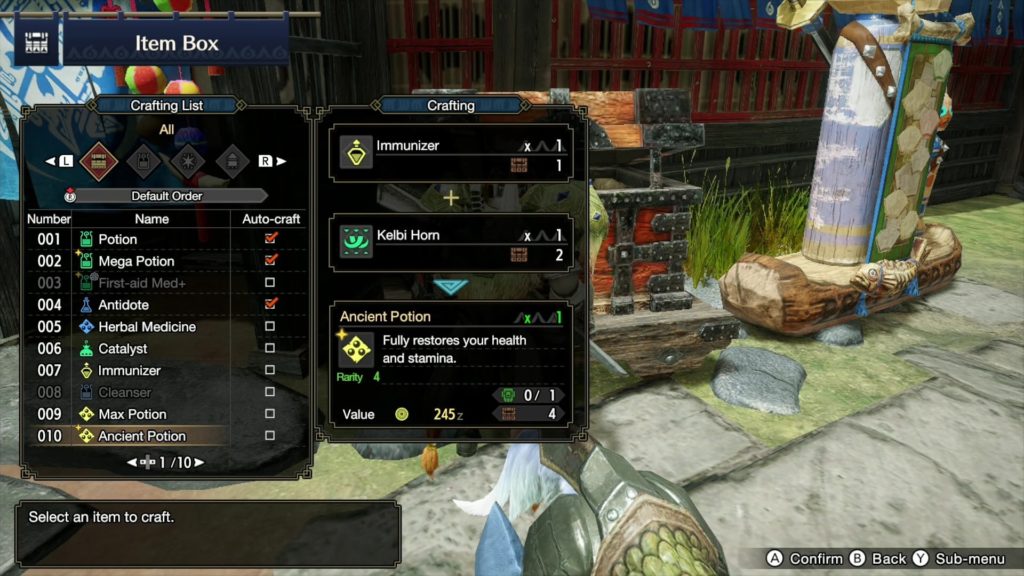 Another useful way to improve the value of items is to craft them together to make rarer items yourself. It’s a simple way to improve how valuable your items are. For example, you can create an Ancient Potion from an Immunizer and a Kelbi Horn. Normally selling one of each of these items would net you 112z, but once crafted to make an Ancient Potion it sells for 245z. So, assuming the items are spare, it’s good to craft as much as you can and then you can sell your excess crafted items for big profits.

Use the Argosy and Meowcenaries

After a few hunts, you’ll unlock the ability to use both the Argosy and Meowcenaries. Here you use additional Palicos or Palamutes for hire to go and complete additional tasks for you.

Using the Argosy allows you to requests a buddy to go and search for a specific item for you. Then, after every hunt, they’ll return with one or two items of the type you requested. It’s not a massive bonus but it is specific meaning you don’t have to worry about stockpiling a specific item. If that item can be used to craft a really valuable item, even better. As your buddies level up they can even use skill to get more items whilst out on the water for you.

The Meowcenaries system allows you to assign up to four buddies to fly off onto a mission. Each mission is made up of five parts, with a part being competed after each hunt. Each part will be linked to either a monster (large or small) or a gatherable material. Once the five-part mission is complete you can claim the rewards of all parts. This is good for acquiring additional monster parts without fighting the monsters themselves. And again you can sell anything you don’t need for a profit. 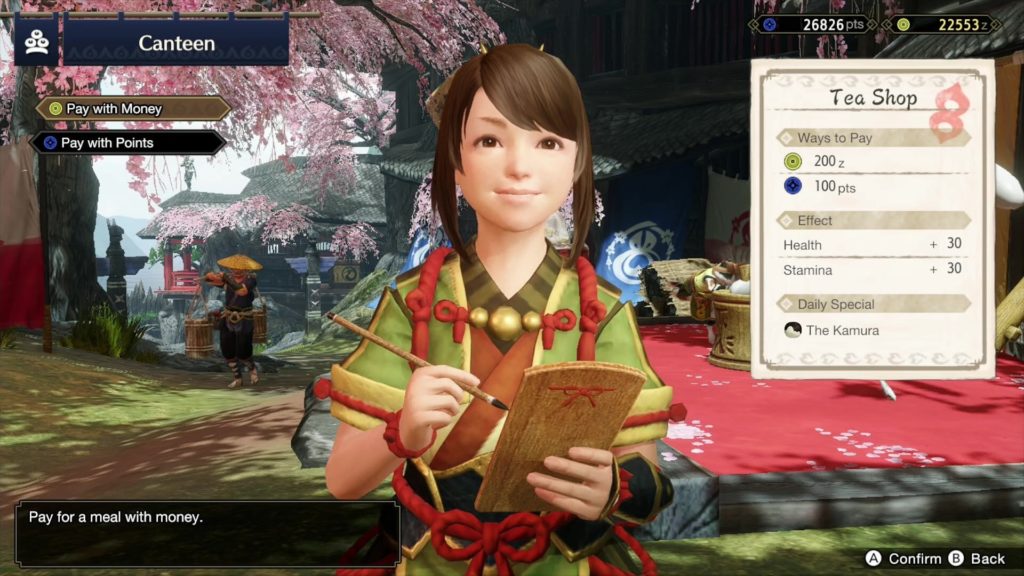 Use Kamura Points instead

Whilst not actually a way to make extra Zenny, it’s also worth noting the other currency in the game, Kamura Points. In certain situations, you can choose to use either Zenny or Kamura Points and if you’re looking at growing your bank balance then always choose Kamura Points. It means for things like eating before a hunt you’re not wasting precious Zenny and saving it for when you actually need it.

An often overlooked tactic for quick money in Monster Hunter Rise is to revisit earlier quests when you’ve got better weapons and armour. Yes, they offer smaller amounts of money but with your better gear, the monster should be downed in mere minutes meaning a decent return for the time spent. Plus you’ll acquire monster parts you most likely don’t need which means they can instantly be sold, further growing your profits. After a while, you’ll likely have a decent run perfected included decent gathering spots too to maximise your time spent in an area.