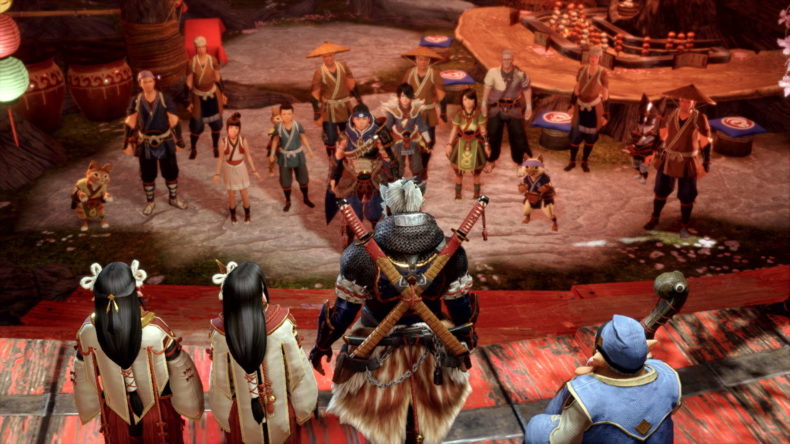 Is Monster Hunter Rise friendly for newcomers? Well, you’ve probably heard this a lot, but I’ve never been able to get into the Monster Hunter games. I’ve always liked the idea of taking down huge monsters in epic battles, but Capcom’s ridiculously successful series isn’t known for being particularly newcomer friendly.

The first entries I tried were the Monster Hunter Freedom games on PSP. Then I tried again on the Wii, and finally put some hours into World when it hit GamePass. I thought I’d hit my limit when it came to learning how to hunt big beasties, and then along came Monster Hunter Rise.

I told myself there was no point trying again. I’d wasted hours trying to enjoy a series that wasn’t for me, and spent a bunch of cash for the opportunity. Monster Hunter was not for me, I’d learned my lesson and made the sensible decision to play something else. The mind was strong, but it turned out the flesh was weak. 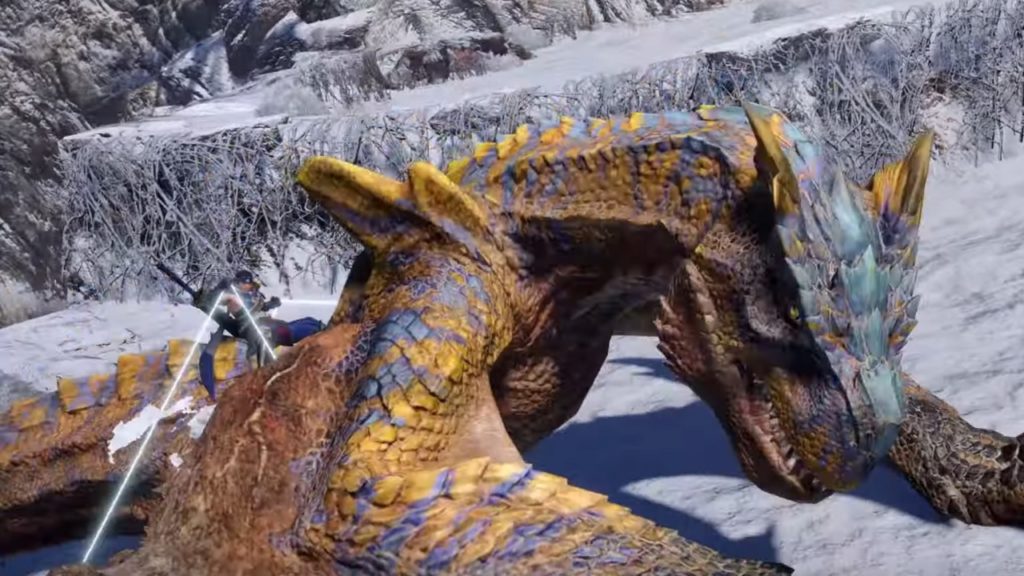 I blame the wonderful GodisaGeek Discord community for this. For months, staff members and patrons alike talked about how they couldn’t wait for Rise. Playing demo after demo and loving every minute. The Monster Hunter channel was a hive of activity, and once launch came I couldn’t take it any more.

Rise started like any other game in the series. I made a character (albeit with the addition of a gross long dog in need of a serious makeover) and got ready to fail at swinging around a huge bit of metal. Fortunately I made the sensible decision to see what weapons were especially beginner friendly this time around, and grabbed a sword and shield. 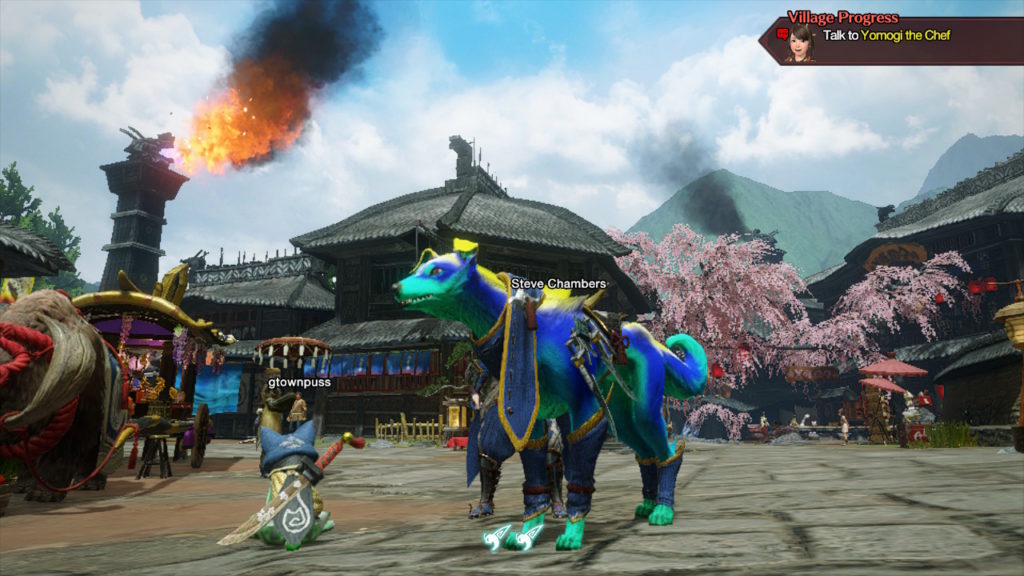 The tutorials and first few missions went well, and killing a few small lizards and picking herbs was made all the more fun thanks to Wirebugs. In case you’re not one of the 6 million who bought Monster Hunter Rise, these handy little insects are essentially grappling hooks. Shooting your way up cliffs is such a fun way to navigate a map, as well as coming in handy to dodge attacks.

I was worried I’d hit a brick wall when it came to taking down my first big monster. The deliberate pace of Monster Hunter combat has always been a struggle for me, and with all the consumable items available to me I felt out my depth. With my trusty sword in hand and a few potions around my waist, I went into battle and something amazing happened. I won! After a grueling battle with an extra large dinosaur, the scaled behemoth fell to the ground and was ready to be cut up for parts.

I now understand why Monster Hunter fans are so passionate about these games. Going after an extra large beast, learning its attacks and finally toppling it is an incredible feeling. I’d soon learn that every one of these oversized animals is totally unique, and every time I chose a new one to go toe-to-toe with I watched their intro video with glee. 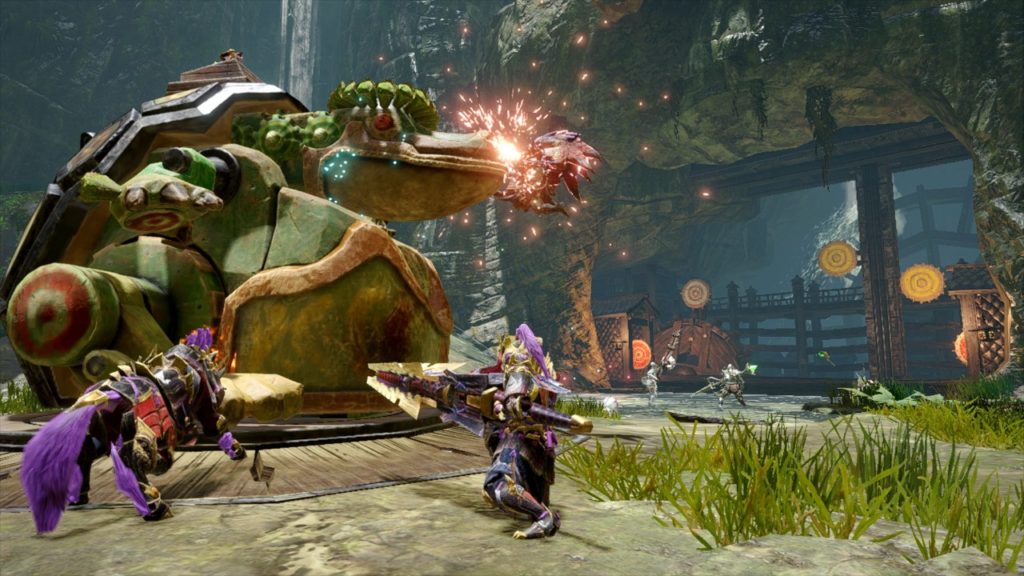 I think what helped me get into the Monster Hunter loop in Rise is the difficulty. The hunting missions are definitely difficult, but not so much that you need to know how to use every mechanic from the jump. As long as you can swing a weapon and dodge roll with decent timing, you’ll be fine for the first couple of hours.

Eventually though, I realised I’d need to do a little bit more to make it through the game. I crafted the best weapons I could while refusing to grind, learned some snazzy combos in the training area, and even began trying to learn what items do. Getting to learn at a pace that suited me was exactly what I needed to become a Monster Hunter fan, as I know that if I tried to master every system from the start I’d have lost interest.

There were a few fleeting moments where I thought Rise might not be my cup-of-tea. I tried to switch to a Great Sword and a Bow for a few missions and instantly regretted it, and the less said about the tower defense Rampage missions the better. In the end though, I just found myself enjoying almost everything about this potential Game of the Year contender. 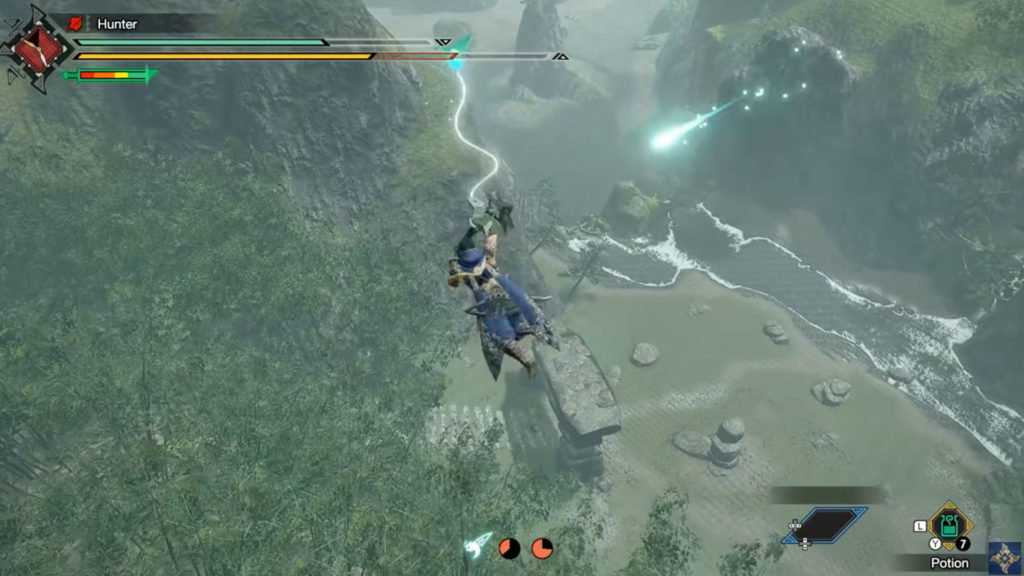 Once the credits rolled I thought that’d probably be the end of my hunting adventure. I’m not someone who usually aims to craft the perfect gear to take on the toughest foes, so at 15 hours playtime I figured I’d got enough value out of the game. But before I hung up my sword and shield, I decided I might as well see what playing online is like.

Playing Monster Hunter Rise online is an entirely different experience. While I enjoyed the careful dance between man and monster in solo missions, gathering up 3 other warriors and diving madly around an oversized bunny is chaotic and fantastic. Despite having a great group of people to potentially play with, I’ve only played with randoms so far and have still had the best time.

If you haven’t managed to get hooked on Monster Hunter yet, I can say from first hand experience that Rise could well be the game to do it. You don’t need to spend hours reading tutorials to have fun, but there are plenty of deep systems to dive into if that’s your jam (and plenty of guides here to help you along the way). If your on the fence with Monster Hunter Rise and need a push, this game really could be the one to get you started on this truly special series.