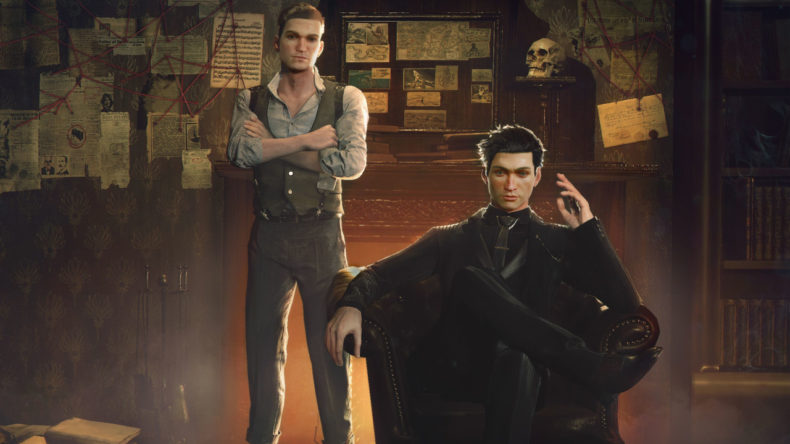 Very few literary characters have had quite the same number of incarnations, reimaginings and adaptations as Sherlock Holmes and his partner Dr. Watson. Robin Hood and King Arthur are pretty close. But I don’t think you could count on both hands the number of different Sherlocks we’ve seen over the decades. Frogwares’ Sherlock Holmes: Chapter One appears to be staying more or less true to the character they’ve already championed in several games. But there’s a few big changes that may or may not be for the best. 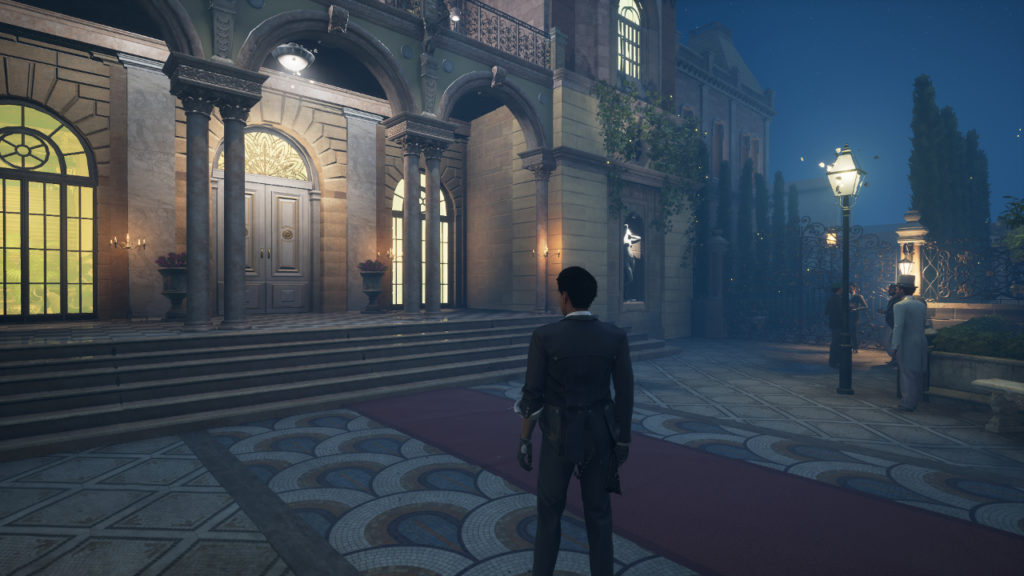 For a start, the version of Holmes in the preview build I played is much younger than even Benedict Cumberbatch’s incarnation. Chapter One also swaps the grimy backstreets of London for a Mediterranean island. It also swaps the better known character of Dr. John Watson for Jonathan, an early childhood friend of Sherlock who pretty much fills the same role. This is before that famous partnership, though. Before the rivalry between Holmes and Jim Moriarty, before pretty much anything we’ve seen fully explored in Sherlock Holmes material up to now.

As a twenty-year-old Englishman, Holmes returns to his childhood home of Cordona to finally investigate and come to terms with his mother’s death. Frogwares have taken massive cues from their previous semi-open world detective thriller, The Sinking City, making Sherlock Holmes: Chapter One in the same vein. The whole of Cordona is open to you. That’s including a fast travel function and a map you can mark with waypoints to help you get around. 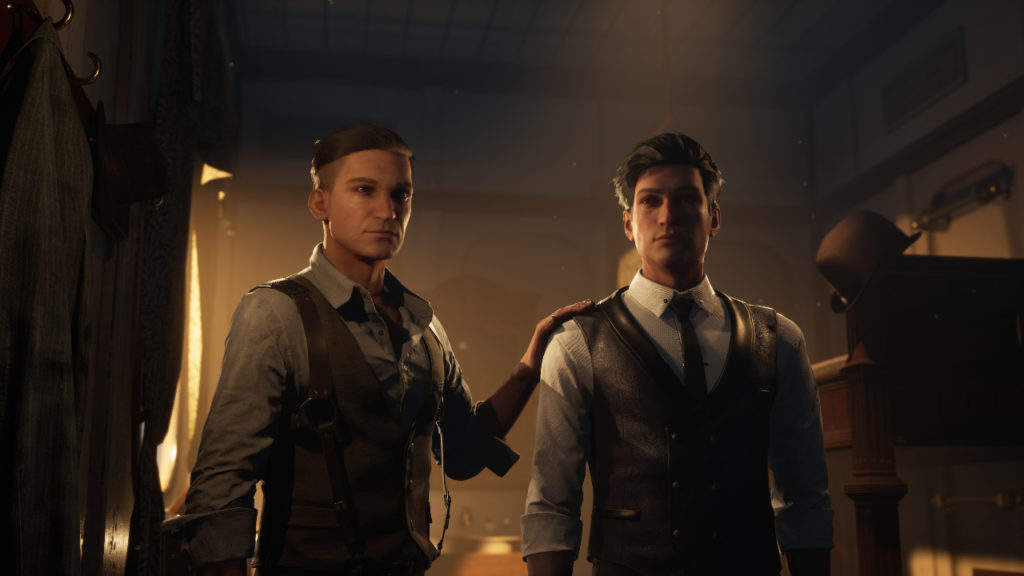 I can’t comment too much on the story, as the preview only contains a smaller side case and one investigation area in the Cordona Cemetary. But what I played was enough to show me more or less everything except the combat. While I can applaud Frogwares for trying new things and attempting to broaden their horizons here, all is not quite right with Chapter One.

The game is afoot

Now this was a preview build, and as such I’ll reserve casting too harsh a judgement on things alike the character animations and lip-synching which, hopefully, will improve. But I’m not sure the same can be said for the voice-acting. At this point it’s incredibly dry to the point that listening to Holmes and Jon talk is a little bit dull. There are attempts to inject some of the chemistry you’d expect, but they mostly fall flat. 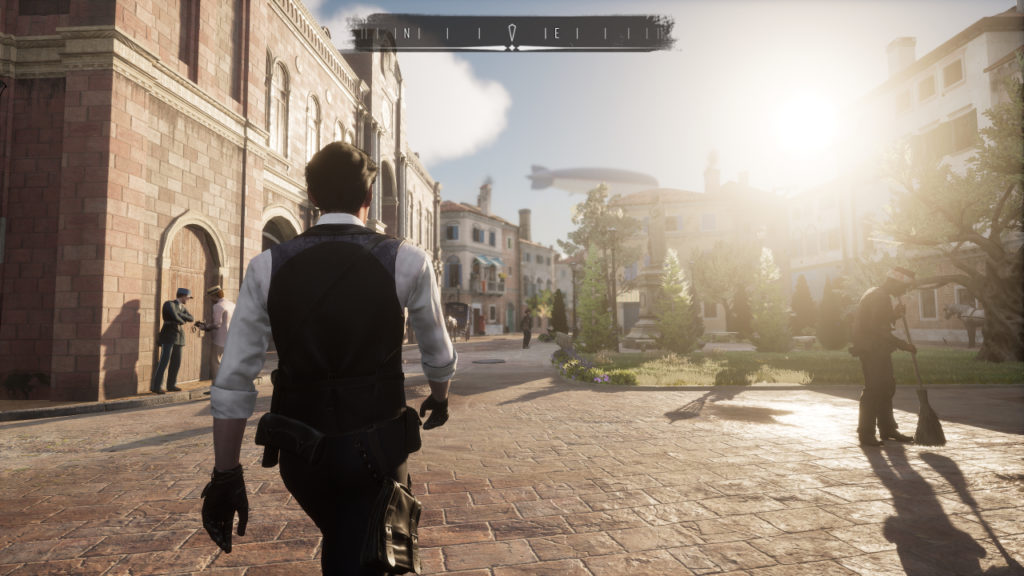 Previous Sherlock games from Frogwares have been criticised for being simple and even un-failable. Here, they’ve gone the other way, removing almost all the handholding the way they did with The Sinking City. When you happen upon a crime scene, you’ll first need to talk to the people present and then examine everything you can. As with previous titles, all clues you find are stored in your diary. By selecting one to make it active, you can then question NPCs about what they may know on the given subject. Some will be helpful, others rude. You can help influence them by either lying or wearing a disguise.

I came across none of the latter. Whilst investigating a seance gone wrong and a resultant theft, I did have to lie to the odd witness to get them to speak. You can activate concentration mode to walk around profiling people. But it reveals very basic stuff like “Affable, non-smoker, ex military” that doesn’t help in any way unless you’re looking for a specific person. Twenty NPCs in a foyer might as well be three for all the purpose a crowd serves. The thing is, where the open world worked in The Sinking City, it struggles here because Cordona just isn’t as interesting as Oakmont. There’s nothing inherently sinister or mysterious about the island. And as pretty as some of it is, it doesn’t feel particularly unique. 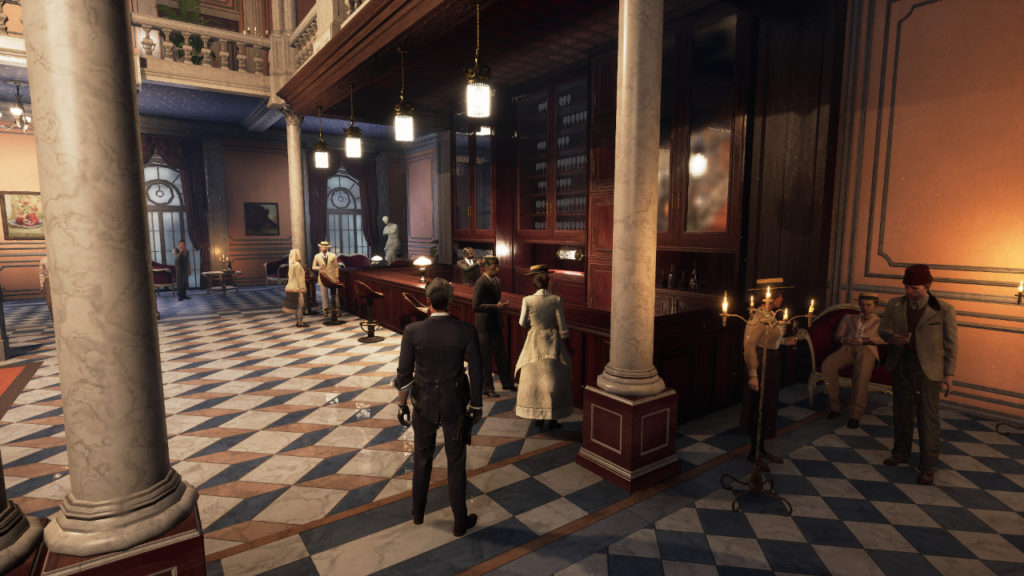 You store all the clues you find in your Mind Palace. Youthen go in and link them together via trial and error until you have enough to reach a conclusion. You can examine physical evidence, or eavesdrop on conversations. Weirdly, you can eavesdrop the same convo multiple times until you pick out all the words you need to derive the goss, and the speakers only flee once you’re done. It’s another thing that threatens to punch a hole through the paper thin atmosphere, leaving a lot of the game feeling a little bit hollow.

With a predicted 40 hours of play in the finished game, the few hours I spent with the preview weren’t much of an indication of how it will be. I played the main case a few times to sample several endings, but I can’t comment on how any of it will ultimately impact the story. Likewise, I haven’t spent enough time with Jon to know how Holmes’ relationship with him will change based on player agency. So far, all I’ve seen is him get a bit pissy when I couldn’t work out who to discuss flowers with in the graveyard. Speaking of which, I walked off a ledge in the cemetery and got permanently stuck behind a knee-high wall because there’s no jump button and Sherlock can’t move aside the branches of shoulder-high plants.

There are glimmers of a solid detective game here, and I’m sure that given the time to flesh out the story Frogwares will deliver something worthy of their previous efforts. As it stands though, I’m not overly excited about returning to Sherlock Holmes: Chapter One in its current state.

Senior Content Editor Mick has been playing games for over 30 years and writing about them for around 12. After drifting from site to site for a while, settling briefly at the now-defunct Made2Game and freelancing for the gone-but-not-forgotten NintendoGamer Magazine, he came at last to rest at Godisageek. Mick has been a reviewer, staff writer and content editor here for some time, while also moonlighting a little for Red Bull Games. He has 4 kids, has written 2 novels, and sometimes even manages to pay a bill or two. You'll usually find him defending the galaxy in Destiny 2, battling evil in Diablo 3, or lurking in the background on Twitter. Find him there @Jedi_Beats_Tank, or on XBL (JediWaster247), PSN (Jedi_Waster) or Nintendo (JediWaster).
MORE LIKE THIS
FrogwaresSherlock HolmesSherlock Holmes Chapter One