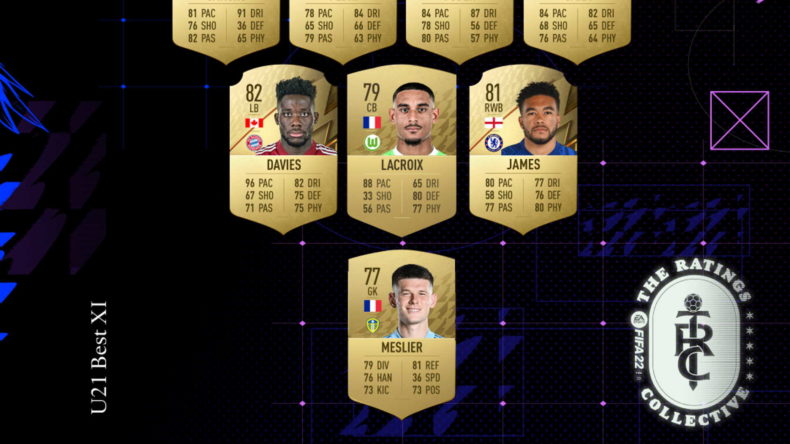 As we draw closer to the October 1st release date for the game, the FIFA 22 best under 21 ratings have been released. With the opportunity to name a team of eleven, there’s some surprises in there, and one that I’d argue maybe is more “looking to the future” than some others.

Given that Haaland was also named in the best Bundesliga XI with a massive 88 rating (that 91 shot though!), he’s one of the players straight into the FIFA 21 best under 21 squad.

I’m not personally the biggest fan of Ferran Torres, but he’s gone up a whole 3 points this year from 79 to 82, thus takes his place on the right side of a 3-4-3 formation, with Atlético Madrid’s João Félix on the left.

Midfield is madeup of players who are already stars like Pedri from Barcelona, and Foden from Man City (who, to be honest, more often plays in a front three than a midfield, but hey ho…), and Bukayo Saka, who I’d argue is already way more than the 80 overall he’s been given, especially when Sancho is also part of the team with an 87 rating.

At the back there’s Reece James from Chelsea, Lacroix from Wolfsberg, and Davies from Bayern Munich. And the FIFA 21 best under 21 goalkeeper is… Meslier from Leeds, who I’d bet will be made up at that one! Here’s an image of the full team: 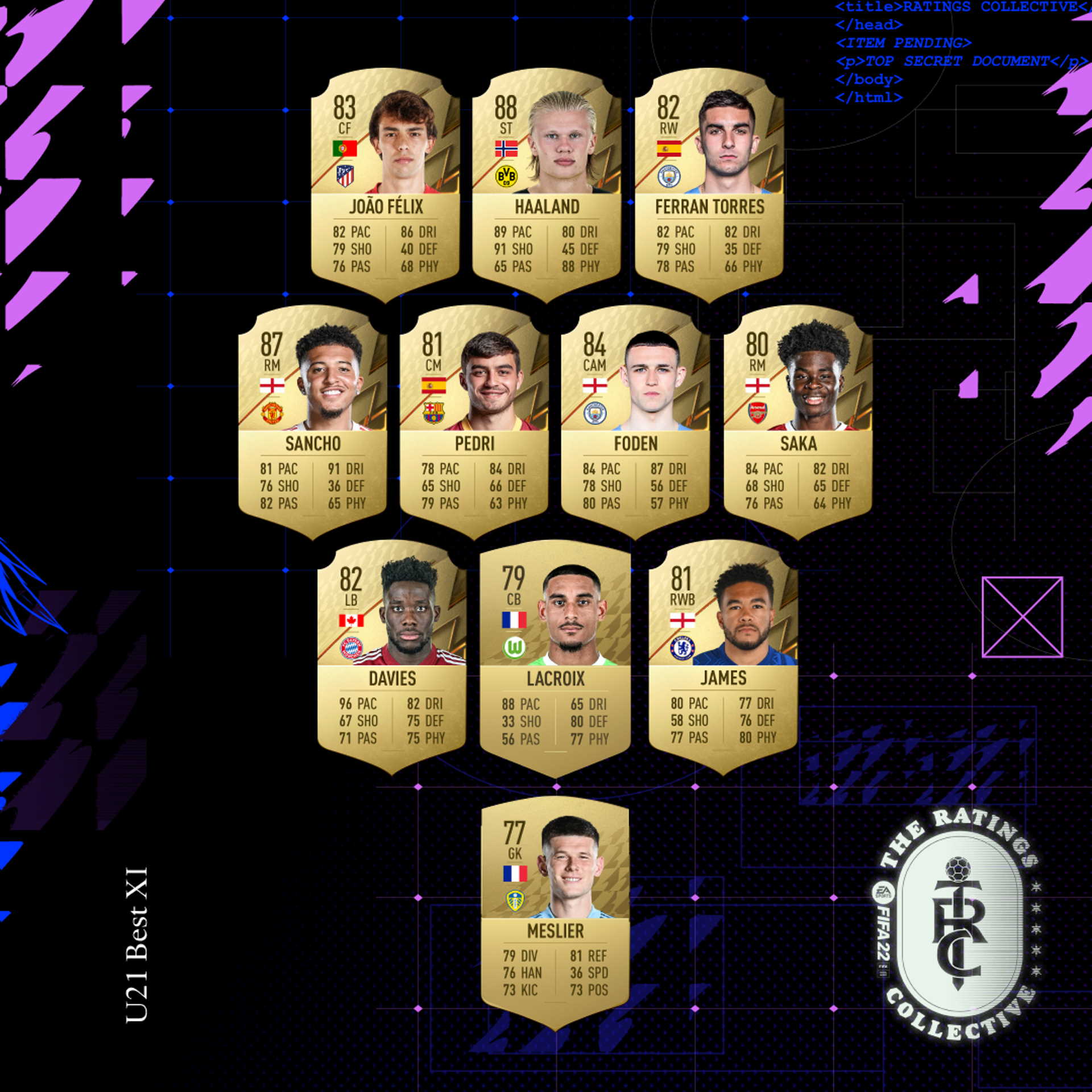 The official soundtrack for FIFA 22 has also be unveiled, totalling over 5 hours and two separate playlists (main game and Volta), which is well worth a listen.