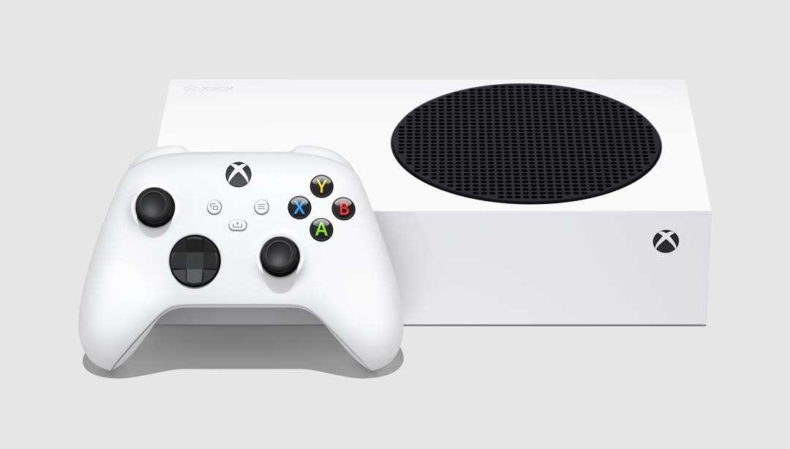 Thinking of buying an Xbox Series S from game? On the eve of FIFA 22 being “properly” released (because you can get it early if you pay extra, or use a 10 hour free trial via EA Access), Game has put together a trade-in deal that, to be honest, is pretty tasty looking.

The long and short of it is that from the 1st to the 10th of October you can take an Xbox One S, PlayStation 4 Slim, or Nintendo Switch console in to your local game and trade it against an Xbox Series S and FIFA 22 for £149.99 or less, depending on which console you’ve taken in. That £149.99 price is going to require an Xbox One S 500GB model, or a PS4 Slim 500GB model.

We never actually reviewed the Xbox Series S, instead covering the Xbox Series X. However, the Series S is a fantastic bit of kit, and is even smaller in the flesh than you think it is. You won’t get the full 4K 60fps/120fps HDR power of the X, but it’s a cracker. You can get more information on the Xbox Series S Game trade-in offer at this link, to be sure. If you have a Switch you’re wanting to part with… I dunno, ahead of a certain OLED model coming out, you could get a Series S for under £100!

And now, because FIFA 22 is actually really good on the new generation of consoles, you can see our video review of the game below. Chris gave it a 9/10 saying: “FIFA 22 features tons of big changes in every element of gameplay, making this year’s iteration the best version seen to date”. Enjoy the video, and subscribe!

FIFA 22 is out on October 1 for all formats, the Xbox Series S is available now.