previous
Private Division has bought Roll7, the developer of OlliOlli World
random
next
WWE SuperCard Season 8 is out today
0 comments 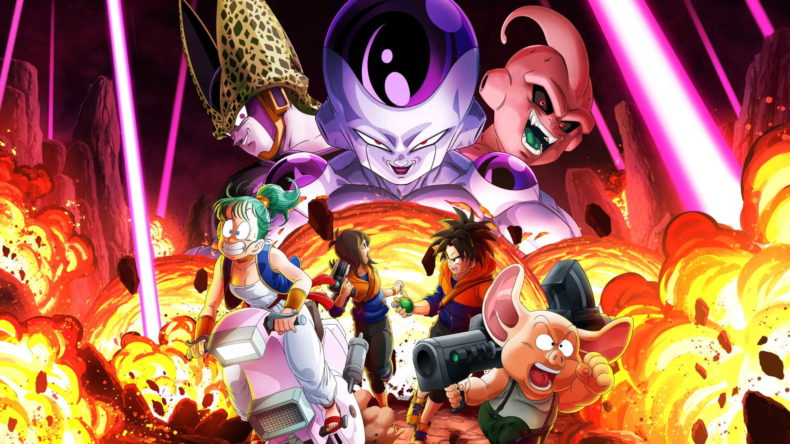 It came from nowhere, but often nice surprises do, as Bandai Namco has just announced Dragon Ball: The Breakers. It’s an asymmetrical online multiplayer game. And it’s taking place in the Dragon Ball franchise, and the trailer has a heavy focus on Cell.

Bandai Namco and the Dragon Ball franchise have a long history together with two recently released titles that were top notch. Dragon Ball FighterZ and Dragon Ball Z: Kakarot were two of the better games in the history of the franchise. This new one is coming to PS4, Xbox One, Switch, and PC in 2022. The game will be compatible with PS5 and Xbox Series S|X but it doesn’t appear to be getting a current-gen native edition.

Dragon Ball: The Breakers is in development by Dimps, and will link save data to Dragon Ball Xenoverse 2. Here’s the official word on the game:

Taking place in the Dragon Ball Xenoverse universe, Dragon Ball: The Breakers allows you to play as one of the iconic rivals of the franchise, the “Raider” , or one of the seven “Survivors” with no super powers. The Raider will have to use its overwhelming power to eliminate the ”Survivors”. These regular civilians have been caught in a “Temporal Seam”, trapping them in a place where space and time are in disarray, and will have to cooperate in order to push back the Raider and escape using the Super Time Machine. Players can also utilize various items on the field and try escaping the field strategically.

The trailer (below) has a heavy focus on Cell (he even evolves in it), but the key art also features Frieza and Majin Buu as well. It very much looks like Oolong is one of the survivors without super powers,

There’s going to be a closed beta test soon, and producer on the game, Ryosuke Hara had this to say:

We can’t wait for people to try this complete new take on the Dragon Ball franchise! We’re working hard with the team at Dimps to provide brand new fun asymmetric multiplayer experience that we want to be accessible for all, while offering a strong wealth and depth of gameplay and situations. We are looking forward to welcoming you during the Closed Beta Test.

Editor-in-Chief here at GodisaGeek, I organise almost every bit of content as well as running our weekly Podcast, and being the lead producer on our YouTube Channel. That means I'm very busy and sometimes grumpy. Yay!
MORE LIKE THIS
Bandai NamcoDimpsDragon BallDragon Ball: The Breakers