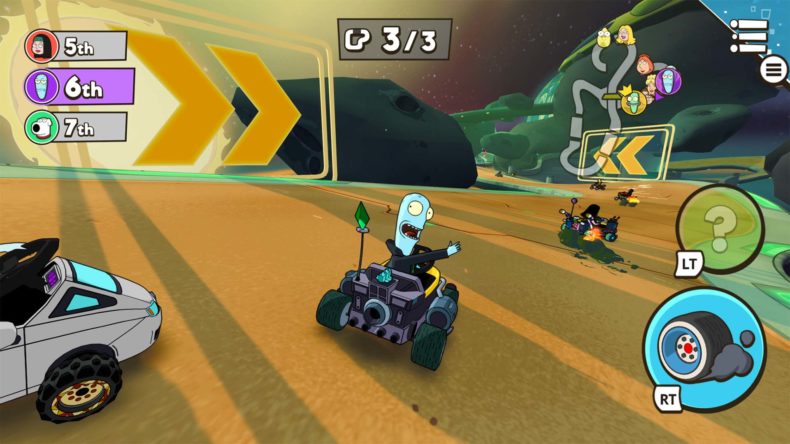 Warped Kart Racers (from developer Electric Square) does look the pick of the bunch, bringing some Kart-racing fun in the style of Mario Kart to iOS. The game will include characters from TV shows like Family Guy, American Dad, King of the Hill, and even Solar Opposites, which is the newest show from the co-creator of Rick and Morty (and it’s a great, fun show). There are 16 courses taken from “fan favourite episodes” for a single player campaign, or eight-player online multiplayer matches. The trailer shows 20 characters, with seemingly five from each show.

Badland Party comes from developer HypeHype Inc is a follow up to one of Apple’s Game of the Year award winning titles Badland, and Badlands 2. The game takes the series’ visual allure another step forward, introducing dozens of new characters to play with their friends. Survive through multiple new worlds, take down giant machines in epic boss fights, cooperate to solve multiplayer puzzles, roll, fly, swim and dive through the beautiful lush world of Badland and help save the Clones from the heinous contraptions of the machine kind.

Elsewhere this month, Goat Simulator+ is coming to Apple Arcade on May 13th, and Pro Darts 2022+ is joining the service on May 27th. Lastly, in a timely fashion for May the Fourth, LEGO Star Wars Battles and LEGO Star Wars: Castaways are also launching exclusively for Apple Arcade, the latter of which looks like it’s almost Roblox but LEGO, which seems pretty exciting.