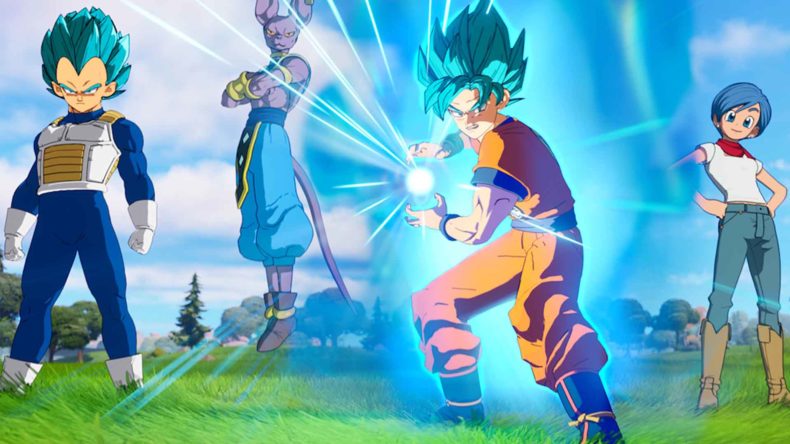 It seems at once both obvious and weird, but Fortnite is having a crossover with Dragon Ball, and it’s live right now.

There’s quite a lot to get through, with Epic Games saying “Four powerful and iconic Dragon Ball characters, Son Goku, Vegeta, Bulma, and Beerus, have arrived in-game, and they’ve brought with them new gameplay items, Quests, Dragon Ball Islands and more”.

From August 16th (today) until September 17th, you can board a cruise ship and watch select Dragon Ball Super episodes with friends, but you can now also explore locations from Dragon Ball in Fortnite in the Dragon Ball Adventure Island, which starts on August 19th. There’s a ring course you can fly through using a nimbus cloud at Kami’s Palace, but you can also visit Son Goku’s house, and much more.

There’s a tab showing loads of quests and rewards, and if you manage to complete seven quests (well done, Epic) you can grab the seven Dragon Balls and unlock the Shenron Glider.

Better still, there’s a Kamehameha (if you’re not a fan, think a massive — and I mean massive — hadoken style fireball) pickup that you can unleash on enemies. You can also call on the Nimbus Cloud to fly around the island.

If that wasn’t enough, there’s an item shop update featuring outfits for Goku, Vegeta, Bulma, and Beerus. A few odd choices given the amount of characters there are in the Dragon Ball series, but hey, it’s better than nothing. The collaboration between Fortnite and Dragon Ball also brings back the charging up eote and the fusion emote, along with themed back blings, pickaxes, and gliders.