previous
Morty is now available in MultiVersus
random
next
Is White Label Casino the Solution to Your Business?
0 comments 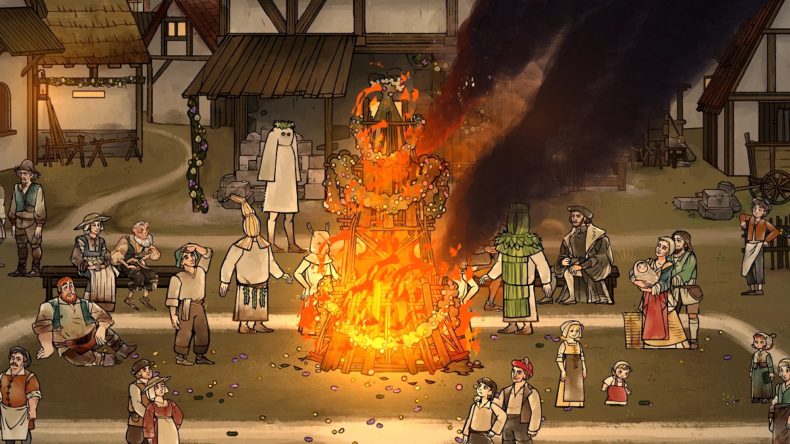 Anyone familiar with Obsidian will know the calibre of RPG games under their belts. Knights of the Old Republic II, Pillars of Eternity, South Park: The Stick of Truth. I could go on, but you get the picture. This is a studio who know how to make deep roleplaying titles, but they’re also fantastic at telling a story that builds the type of person you choose to be. In that sense, Pentiment is no different. Although it’s a very different title in terms of its art style and the way it plays, the core values of the studio are right at the heart of it.

Pentiment follows a man called Anders during the early 16th century in the Bavarian Alps. Throughout the course of the game, you’re dragged into a web of intrigue that involves the church and lots of murder. Where Pentiment feels similar to the familiar titles in Obsidian’s history is in your choices and how they can affect the story. I was only shown a snippet of footage, but there’s a lot of dialogue, and depending on the type of person you are and how you want your character’s backstory to be, various choices will become available. 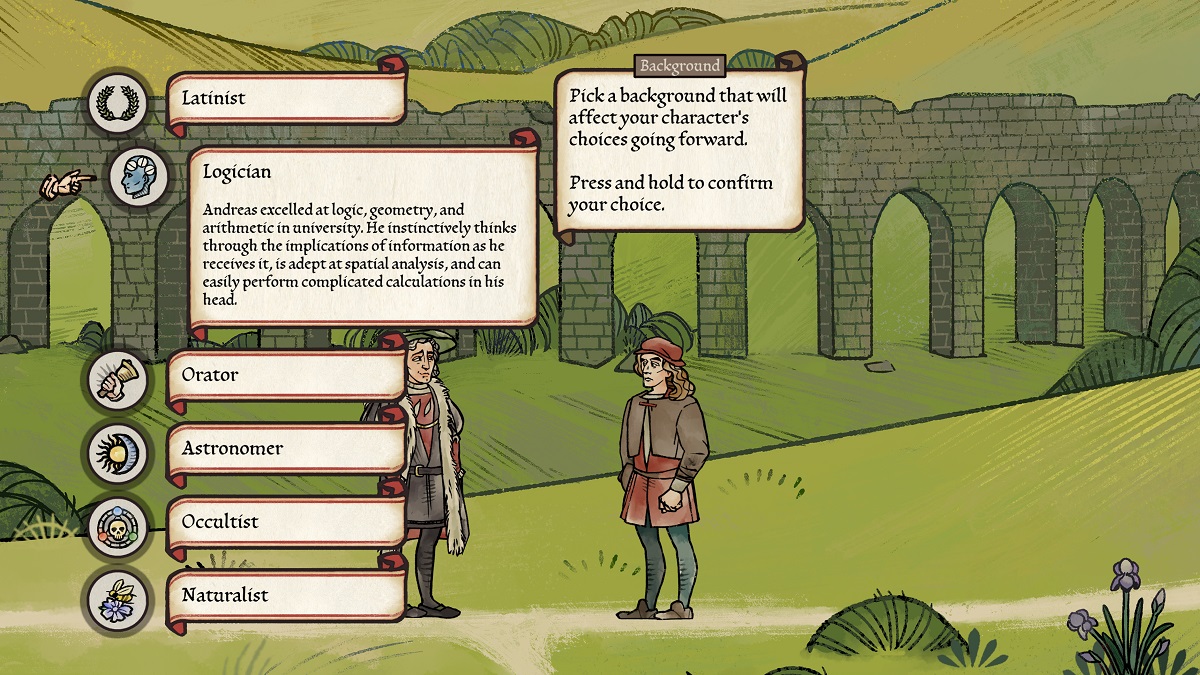 You choose what kind of education Anders had. Did he study the occult and get a taste for necromancy, or was he a true scholar of the arts, a lover of nature, or something else? You can also choose what kind of life he’s had in the recent years before winding up in Kiersau Abbey in 1518. There’s a surprising amount of depth in each option, but not too much that you’ll be overwhelmed with information. In fact, that’s something Obsidian wanted to make clear in the preview. Pentiment is for everyone.

Although Pentiment is a game (yeah, well obviously, right?), it is for people of all skill levels and familiarity around a controller. In theory, dear old Granny Edna could sit in front of a PC and play through it, however, I wouldn’t let your kids give it a whirl as there’s plenty of blood and brutality, along with other adult themes. The main take away is that even the puzzles are basic to complete, and straightforward enough for even the least savviest of gamer.

I kind of like the fact Pentiment is meant for everyone. From what I saw, the biggest focus is on its story and how you play your role in it. At one point, you spoke with an old lady and was tasked with helping her out, and attempting to see her point of view on what’s going on in the village. At the end of the segment, your rapport with her helps to either persuade her or not regarding a certain task. Paying attention to how you act and what you say could potentially have some big repercussions, and that’s what I love about Pentiment so far.

Of course, the story seems pretty interesting, but the art style is phenomenal, taking inspiration from the woodcut art style, which was popular around that time. Artists like Michael Wolgemut were popular just before the game is set (in real life, of course), especially in Germany, and a clear comparison can be made to some of his works. I’ve never seen a game quite like this, and being such a huge departure from anything Obsidian has done before only makes me more excited to play when the game releases in November.

Although I’ve only seen a brief look at Pentiment, there’s a lot to be excited about. From the unique art style to the deep narrative that threads the game together, I can’t wait to see just how good Obsidian’s latest title is. The developers’ goal to make this available for everyone is such a smart one, even featuring accessibility features like turning off the style of calligraphy from the time period and making it bigger will please those who may be put off by it.

Pentiment is set to release in November 2022 for Xbox One, and Xbox Series X|S.

Video games are cool. Don't let anybody tell you any different.
MORE LIKE THIS
obsidian entertainmentPreview