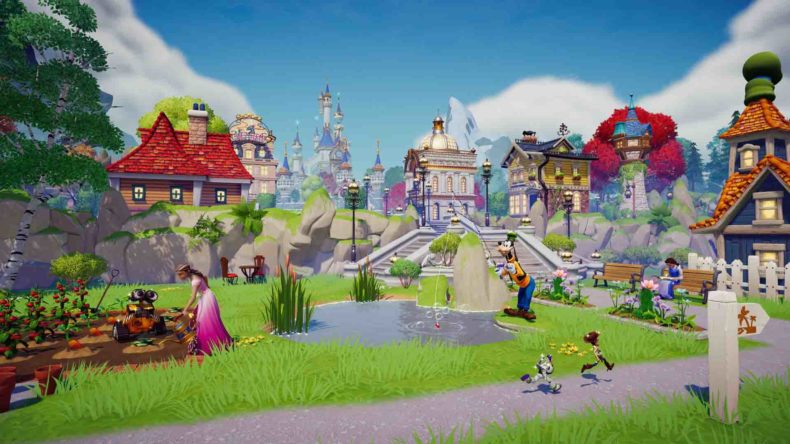 Disney Dreamlight Valley is an almost perfect fit for Steam Deck. We’ve put together a little YouTube Short to show you just how well it plays and runs.

As always, a YouTube short is best watched on your phone, due to the portrait nature of the video footage. So make sure you subscribe to our YouTube Channel and you’ll see it there, or click the video below via mobile to load it up in the YouTube App. Otherwise, you can just watch below in widescreen, if that’s your bag.

One of the best things about Disney Dreamlight Valley Steam Deck is how the UI is pretty big in the game, so you’re never struggling to see text or icons. The game itself is very similar to Animal Crossing but with loads of quality of life improvements and, well, Disney characters.

It’s not the most taxing of games, despite the colourful aesthetic, and on Steam Deck I was getting an average of 50 frames per second on the “PC High” graphical preset. This has the game running at 864×486 resolution, with Ultra distance quality, VSync on, and “PC Medium” for the shadow resolution. The FPS counter did fluctuate a lot, but it never dipped under 35fps for me. The pick up and play nature means you can grab your Deck and do a few quests or chores, and put it back down, and Cloud Save means you can carry on playing your save on any other platform as well.

For help with the game, we’ve got a load of guides that will solve the tricky puzzles and help you get the most out of your playtime.

Disney Dreamlight Valley is out now in early access via the founders pack, and will be free to play in 2023.