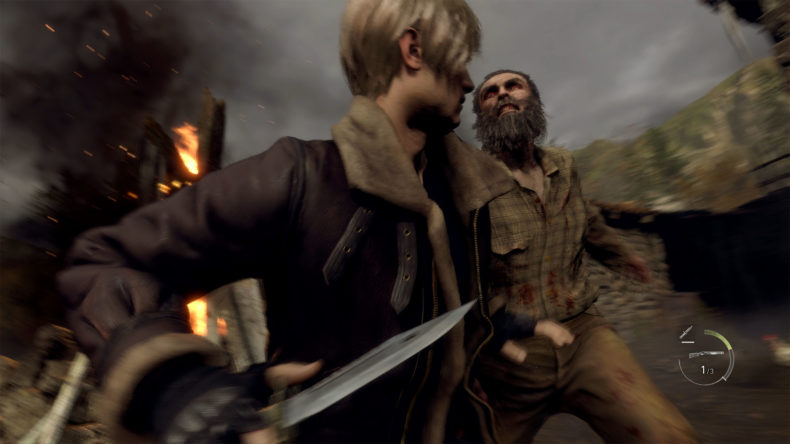 It’s been a while since I’ve been so nervous to play a game, but Resident Evil 4 is a beloved title, and for good reason. The seminal survival horror title transformed the genre that, frankly, it helped create, but after playing the Resident Evil 4 Remake for a short while, I can say I think it’s in safe hands.

Not just a graphical overhaul for the 2005 classic, it’s a reimagining, with clever and subtle ideas that, despite being early days, suggests a development team that is handling things with kid gloves, while bringing it right into the modern era. That said, I do want to take just a moment to talk about how incredible it looks. The opening section I played (well, it’s the opening of the original game, but who knows if they will add a Resi 2-style prologue to Resi 4) introduces Leon, the Ganado, and that village.

And how special it looks. The creeping dread of the dark, foreboding scenery. Branches that suggest life has found a way, and that nobody is particularly bothered about gardening. Real, lived in homes with the Resident Evil staple of a meal someone has cooked and long left to rot on a stove. The architecture here seems to matter, and even the opening interaction with a villager takes place in a larger home, rather than a small shack. It feels like people could be living here, instead of living in small sheds. 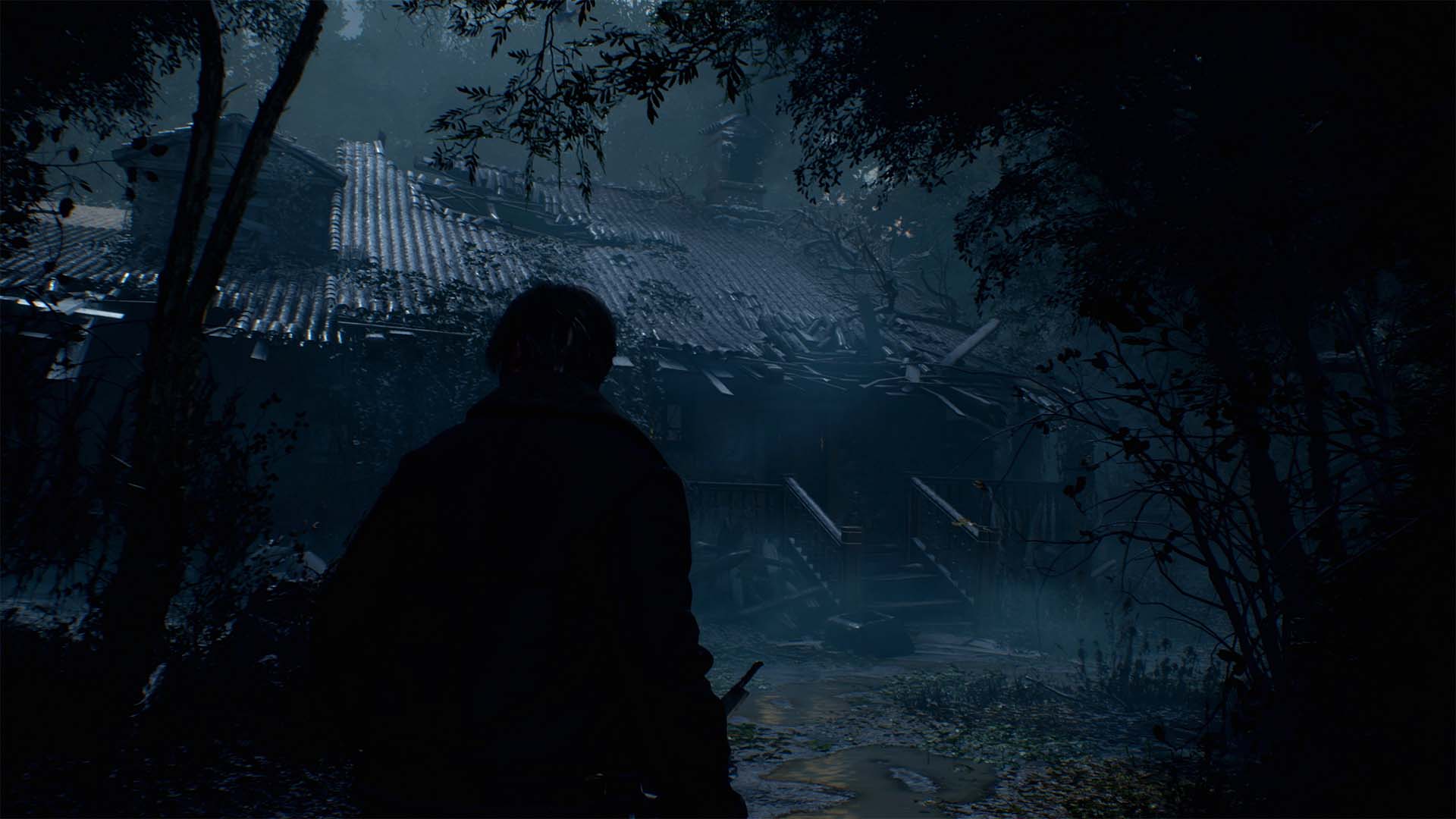 Jumping ahead slightly, the destructibility of the environment is impressive. Not just crates and killable chickens litter the village, but when it all kicks off, the homes can be decimated from inside through combat. Bottles of wine will smash, and you can start with a fairly full room and end in an almost empty box. More than that, these aren’t static assets. A cow that stands in a barn under a torch will be set upon the locals if you shoot the torch, but in my third play of the preview build someone else set fire to the barn, and apparently the cow. The first I knew of it was a flaming cow hoofing me in the back, while multiple onrushing ganado aimed pitchforks at me. Resident Evil 4 remake is brutal, perhaps more so than I remember.

On that note, it feels like a modern game; or like the remakes do. There’s a crouch button, pared back crafting like in the previous two remakes so you can make ammo if you fall short. But one thing that I was left thinking about is how well it compares to modern third-person adventures. For example, having recently played through A Plague Tale Requiem, that game realises you can run out of ammo during certain scenes that are, frankly, reminiscent of the Resi 4 village onrush. To mitigate frustration, it respawns ammo behind your back at set locations. Resident Evil 4 doesn’t do that. If you’re out of ammo: tough shit. It says to players “we respect your skill, so use your knife, run away, whatever: we’re not helping you out”. 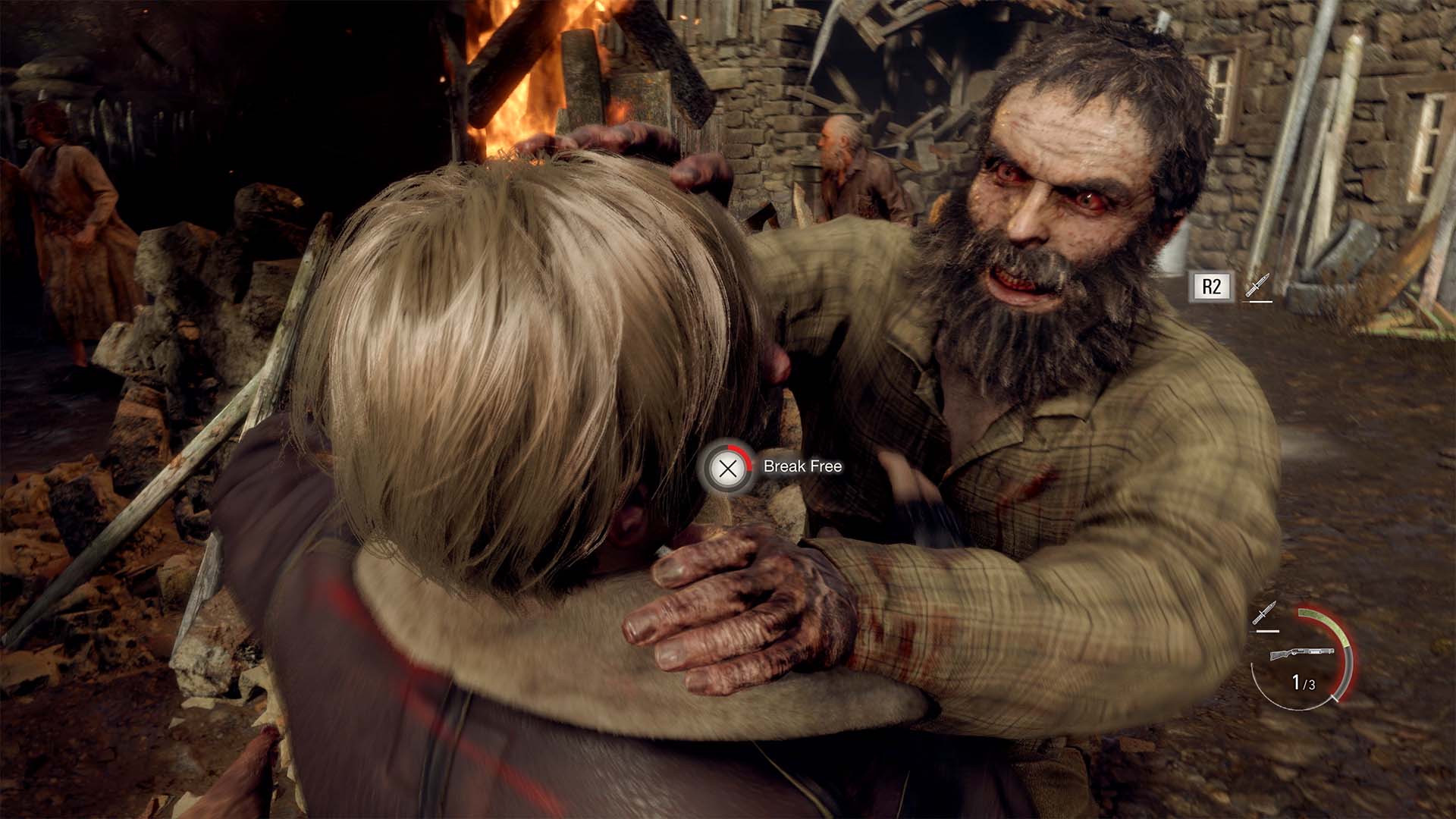 Speaking of the knife, it has had a massive revamp. It now has a durability meter that is affected in multiple ways. You can crouch now, too, and thus sneak up on enemies for stealth kills with that knife. It’ll drop the durability a small amount and on you go. If you’re attacked head one, you can mash the cross button to escape, or hit R2 and use the knife, which causes it to use a lot of its life. Lastly, and here’s the shocker: you can parry attacks. If an enemy comes at you with a weapon, you can time an L1 press and parry their onslaught, leaving them open for you to do damage. I picked up pesetas on my journey, but I never had a chance to fix the knife (though I am assured you can), and didn’t meet the merchant, but I’d bet money he’s in the remake.

The reason I’m so sure he’s going to pop up is because the developer gets the cheese is an important part of Resi 4. Leon still has those lines (“where’s everyone going, bingo?“), Hunnigan appeared, and while it looks and feels new, it also feels familiar. Chainsaw man makes his appearance, you can run and kill him (I managed on my third attempt, and yes, you can parry his chainsaw with the knife); you can miss the shotgun; climb the tower: it’s all there.

Enemies will block your path with carts, and it seems as though Capcom decided to almost double the amount of villagers that will come at you in these opening scenes. Whether you block the door, jump out of the window, or just kite them around, when the village bell rings, it’s a genuine relief just like it was all those years ago.

But every time that bell rang and my time with the build ended, I wanted more. I’m dying to know what has changed for parts of the game further in. The more sandbox-feeling to that opening section has well and truly wet my whistle, and frankly, while it never felt “necessary”, having played it, Resident Evil 4 remake now feels vital and I cannot wait to get stuck in to more. I may not have re-met the merchant yet, but to answer his classic question: I’ll be buying Resi 4 remake, that’s for damn sure.