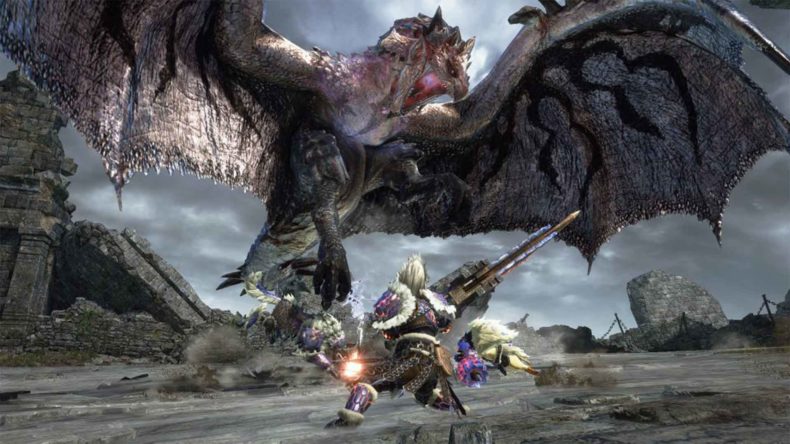 Timi Studio Group and Capcom have announced a new mobile Monster Hunter title is in development, and say the “in-development game will reproduce the hunting actions that define the Monster Hunter series, and offers players a new game experience unique for mobile devices and phones”.

This is the first time that Capcom and Timi have teamed up, and the official press release explains that “TiMi and Capcom will combine the experience and strengths of both sides, allowing Monster Hunter to scale to more platforms with an aim to give global hunters – experienced or new – the freedom to hunt as they desire, anytime and anywhere”.

Timi Studio Group is a part of Tencent, and has created games you may have played before on mobile, such as Honor of Kings, Speed Drifters, and Arena of Valor. On top of that, Call of Duty: Mobile, and Pokemon Unite, which was a decent game that came to Switch as well as mobile. This news might make fans think immediately we’re getting a “Go!” style game for mobile, but the developer behind those titles (Pokemon Go, Pikmin Bloom, etc) is Niantic. Timi has a track record of making mobile games, for sure, but they’ve been more varied in gameplay type, at least, so here’s hoping this Monster Hunter x Timi title is something interesting.

Capcom hasn’t announced a new console game in the series yet, but then Monster Hunter Rise: Sunbreak has only been out a short while on PC and Switch, so it’s perhaps a little early to expect too much in the way of a new title from Capcom directly just yet. As for this new mobile title, who knows… maybe it’ll use the visual stylings of the Stories series, which could arguably work better for mobile users. We’ll have to wait and see.