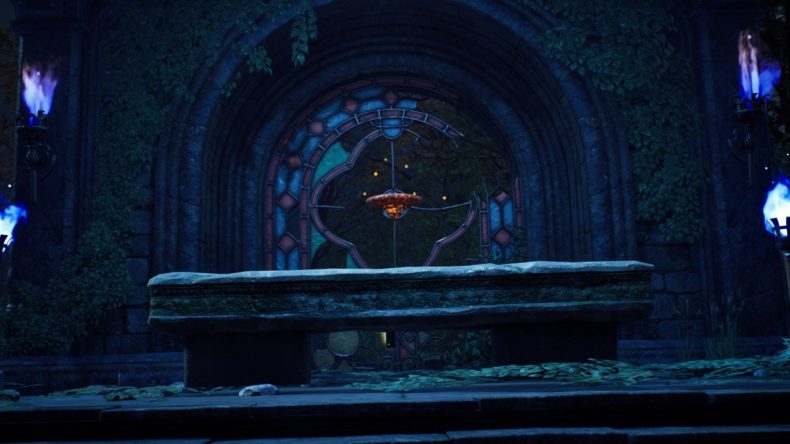 So you’ve got the First Moon Seal in Marvel’s Midnight Suns and the Word of Power: Open spell, so you’re now ready to move on and find the Second Moon Seal. Although you’ll get most out of the deep, tactical combat, your downtime will be spent exploring the Abbey, the ancestral headquarters of the Midnight Suns. The grounds hold many mysteries and secrets, but to explore everywhere you’ll need to unlock the four Words of Power, and to do that you’ll need to get the Moon Seals, ancient artefacts that unlock the Trials of the Elder Gods.

The Words of Power turn the Abbey exploration into a Metroidvania-lite adventure, but they’re not all easy to find. Lucky for you, we’ve found them all, so read on to learn how to get the Second Moon Seal in Marvel’s Midnight Suns.

Shortly after finding the First Moon Seal, you’ll be invited to seek out Agatha’s Elemental Altar, a place of great power that will come up multiple times during Abbey Mysteries.

Speak to Agatha, and she’ll tell you to find the four Elemental Rods that power the Altar. They’re scattered around the Abbey grounds, so get ready for a treasure hunt. Oh, and Agatha will give you your first Arcane Key for your trouble. 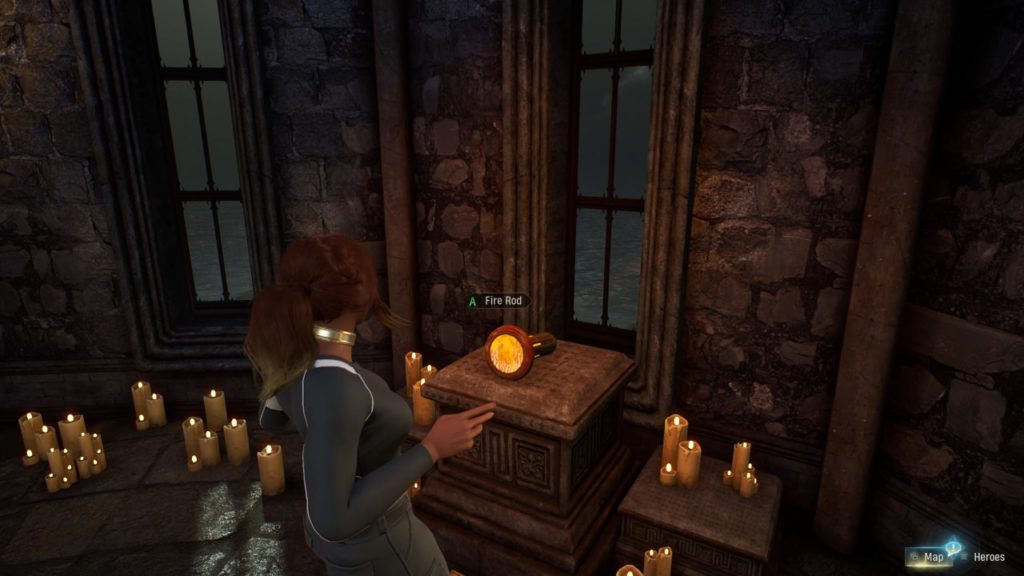 Although you can find the Rods in any order, we’ll start with the easiest. The Fire Rod can be found in the Abbey Chapel, sitting in plain view, opposite the wall upon which is carved the first Standing Stones cipher. 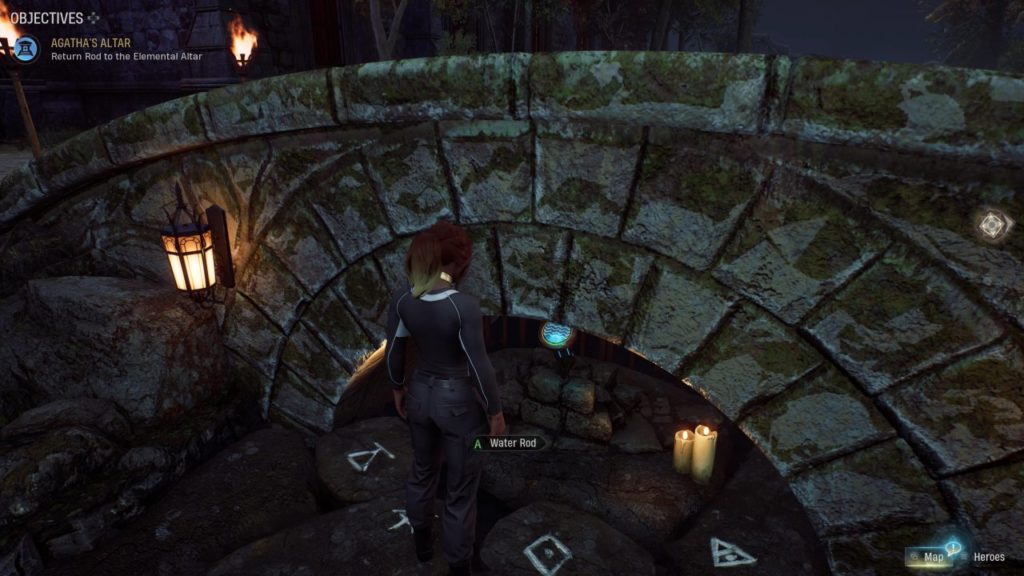 Almost as easy is the Water Rod. Head outside into the Training Yard, and look towards the small pool where you and your super allies can sit and unwind. You’ll see the Water Rod nestled under the bridge there. 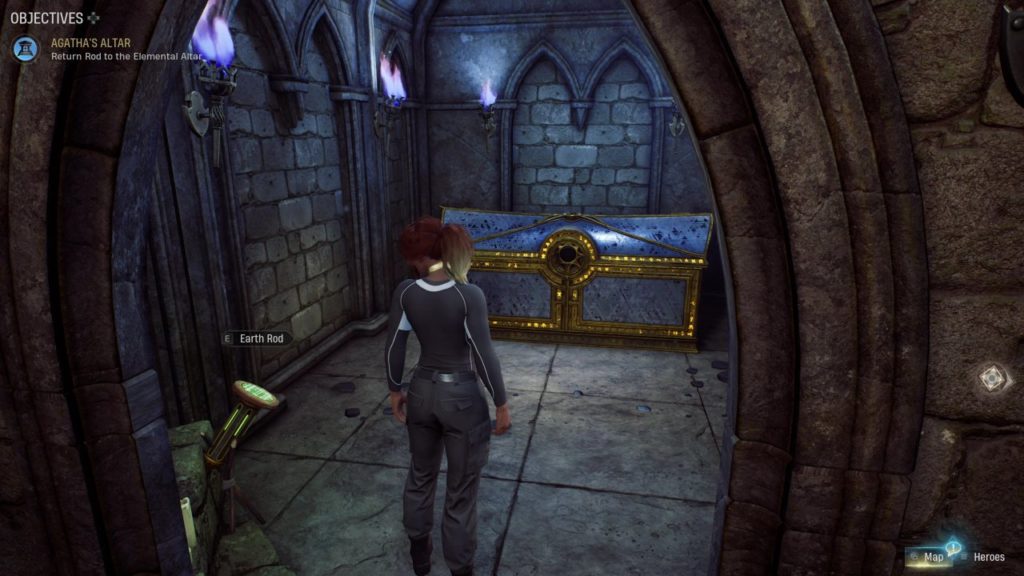 Now you’ll need to travel a little bit, but not far. The Earth Rod is actually sitting in the very tomb where you were interred for three centuries. Head to Hunter’s Folly on the map, and it’s floating in the doorway. 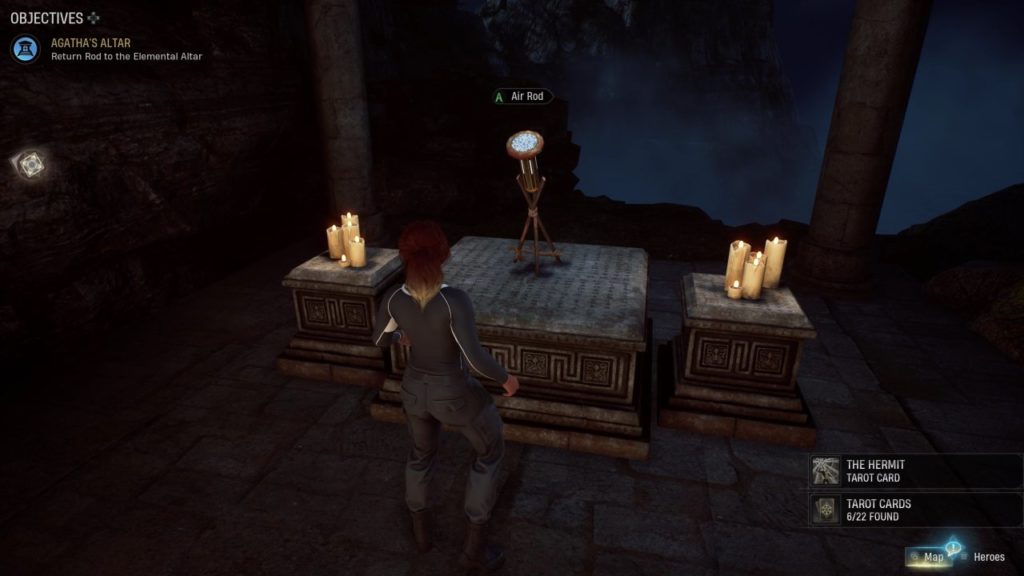 The Air Rod is sitting on a wooden frame upon a dias as you enter the Whispering Wood area. Turn to the left as you go in and you’ll see it just waiting for you. Also, this is one of the places where Agatha’s immortal black cat, Ebony, can spawn. Always “praise” Ebony when you see her, as she’ll convey super useful bonuses to you. For example, the first time you find her, she’ll level all your recruited heroes by one level, free of charge.

Now head on back to the Altar and use the Rods with their respective sockets, Fifth Element style. Put them all in right, and the Moon Seal will appear on the Altar. Grab it, and head to the second Blood Gate in the Standing Stones area. 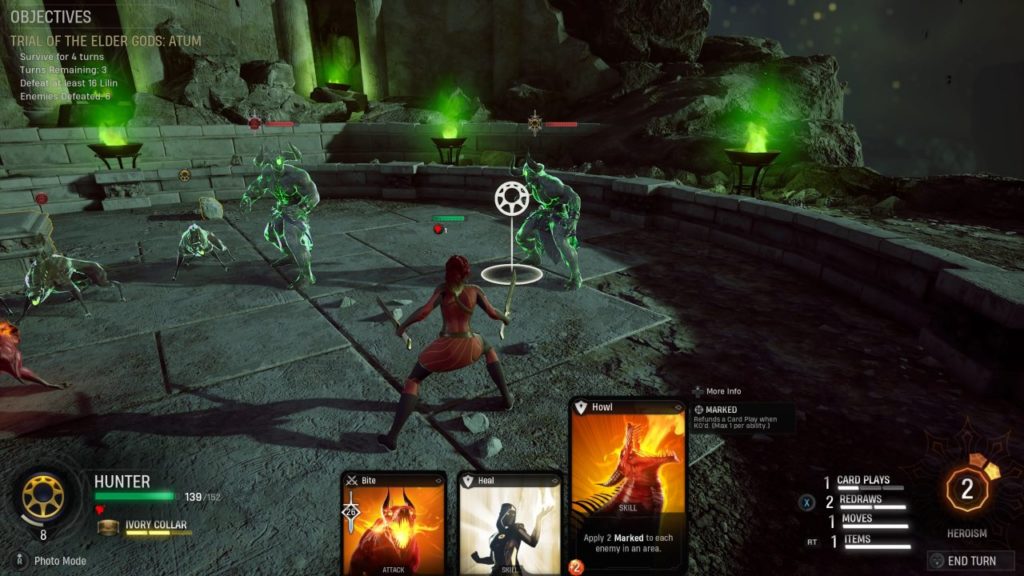 The second Trial has a recommended level of 8 and is much tougher. You’re required to survive for 4 whole turns and slay 16 Lilin, and once again it’s just you and Charlie. The Hellhound spirits are this time joined by huge demonic brutes who do massive damage and soak up your blows like falling rain. Hitting them will render them Taunted, meaning they’ll focus on whoever hurt them. Try to ignore them completely and focus on the hounds, as they die super quickly.

Use the rocks around the area for easy kills without using up Card Plays, provided you have some Heroism stored up. Heal when you can, and use the Taunt effect tactically to focus the brutes on whoever has most health.

Once the Trial is over, place the Moon Seal on the small Altar in Atum’s Cavern and receive the Word of Power: Reveal, perhaps the most useful and lucrative of all the Words. This will reveal hidden Arcane Keys, Chests, secret pathways, even multiple mysteries. Have fun exploring the grounds with it!

Now you know how to obtain the Second Moon Seal in Marvel’s Midnight Suns.

Senior Content Editor Mick has been playing games for over 30 years and writing about them for around 12. After drifting from site to site for a while, settling briefly at the now-defunct Made2Game and freelancing for the gone-but-not-forgotten NintendoGamer Magazine, he came at last to rest at Godisageek. Mick has been a reviewer, staff writer and content editor here for some time, while also moonlighting a little for Red Bull Games. He has 4 kids, has written 2 novels, and sometimes even manages to pay a bill or two. You'll usually find him defending the galaxy in Destiny 2, battling evil in Diablo 3, or lurking in the background on Twitter. Find him there @Jedi_Beats_Tank, or on XBL (JediWaster247), PSN (Jedi_Waster) or Nintendo (JediWaster).
MORE LIKE THIS
FiraxisGuidesHintsmarvel