previous
Wo Long: Fallen Dynasty gets action trailer to celebrate pre-orders starting
random
next
Call of the Wild: The Angler is getting DLC this month, will be free for a limited time
0 comments 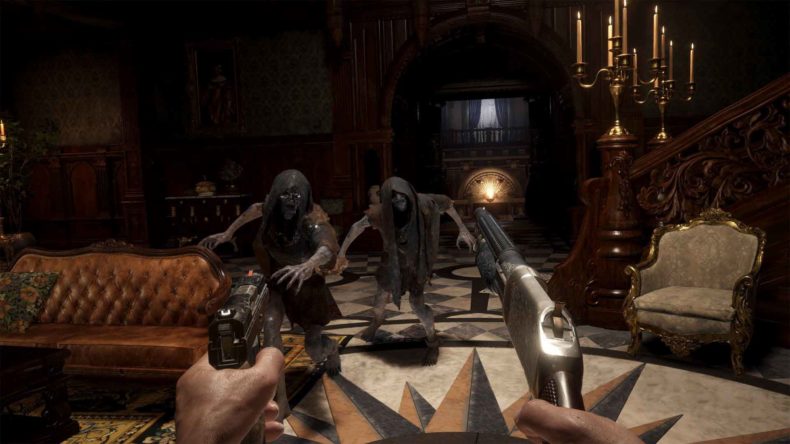 Capcom has announced the details of Resident Evil Village VR mode, and as hoped, it will be a free update at launch for PSVR2. The best news, perhaps, is that you won’t need to even be a Gold Edition owner to get the free update, as it’s coming to the standard edition of Village as well.

Resident Evil Village VR mode is going to be scary, let’s face it, but one of the standout experiences of the first PlayStation VR lineup was Resident Evil 7 in VR. Just as a reminder, then, PlayStation VR2 is coming on February 22nd, 2023. You can check out all the release dates for 2023 so far, in our handy page, too. Our review of the Gold Edition of Village is below, also.

The VR Mode supports the entire campaign and lifts the award-winning experience to new heights. A deeper and more captivating adventure awaits with PlayStation VR2, as Ethan Winters’ journey takes full advantage of the headset’s advanced features. VR Mode utilizes the 4K HDR display, eye tracking, and 3D audio to make Resident Evil Village more realistic and intense than ever. Soak in the village’s richly detailed atmosphere in virtual reality, including the ornate chambers of Castle Dimitrescu, and prepare to feel truly dwarfed by the larger-than-life characters and creatures that lurk within.

Beyond stepping into the world of Resident Evil Village with the PlayStation VR2 headset, players will get to grips with their surroundings in new ways with the PlayStation VR2 Sens controllers. These represent Ethan’s famously resilient hands and allow intuitive actions to be performed in-game. Players can hold up their arms to guard against enemies that get too close for comfort. Weapons also feel tangibly more realistic in VR Mode with new gameplay elements that dial up the immersion, such as dual wielding and natural motion controls for reloading firearms and brandishing knives.

It really is great news that you don’t need Gold Edition, as Chris White explained when he reviewed it, saying: “Resident Evil Village: Winters Expansion is a decent bit of content that brings a reasonably good story to Village with Shadows of Rose. Playing over the shoulders as Ethan will give fans of Village a chance to experience the game like so many other RE titles that came before, and fans of Mercenaries can now play as characters like Lady Dimitrescu and Karl Heisenberg. If you’re looking for a new way to play Village, and want to see more from Rose Winters, it’s worth getting, but the Shadows of Rose is relatively short, and didn’t leave me feeling satisfied with where the story went”.

So if you did buy it way back, you’re all set for when PSVR2 hits stores. You can check out the pricing and bundles that will be available for PlayStation VR2, here.