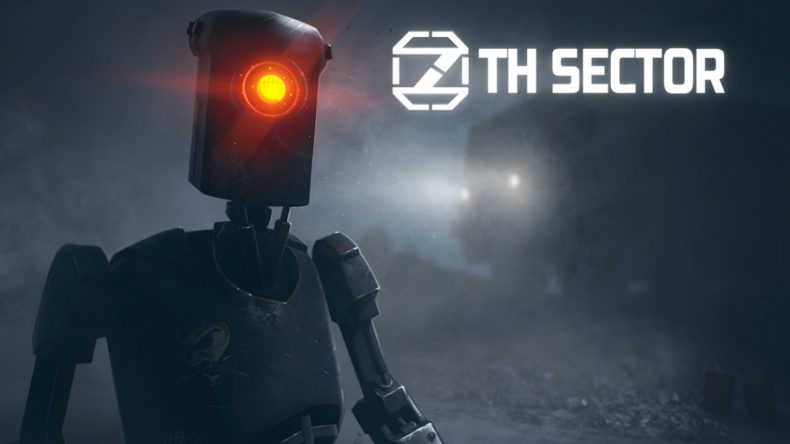 7th Sector, from developer Sergey Noskov (Носков Сергей), is primarily a puzzle game, but to box it in to that one descriptor would be doing it a disservice. There’s puzzles, intrigue, discovery and a little bit of shooting in parts. I think the only thing missing from this is some sort of racing aspect.

In 7th Sector you initially play as a spark of conscious electricity, making your way through electrical wires of a block of flats. However, from the first 10 or 15 minutes of gameplay I realised that 7th Sector is set in a grim future. At one point I hacked into a resident’s mailbox and found a message reading, “They are after you – hide!”, only to see the recipient in the background in their bath. The conclusion of the puzzle in that area is seeing a message from that person saying “I am sorry”. I had the code I needed, but it was still pretty grim. The puzzles are some of the most enjoyable I’ve played, though. They range from basic conundrums like playing a gramophone (you younger readers might need to google this) on a certain track to react with a security beacon in the background to reveal the code, to more difficult maths-based head-scratchers reminiscent of standard grade maths exams along the lines of

You might need a paper and pen for some of them, to be honest. There is definitely something here for those of you who love a good quandary.

As I said, I enjoyed all the puzzles, regardless of my lack of maths skills, but some can be overly difficult. This is likely down to the lack of guidance outside of basic movement instructions. You can get the feeling you’re just kind of left there with nothing obvious to help. In saying that though, there is nothing you’ll come across in 7th Sector that you won’t have played, or solved, in other games. You should figure it out pretty quickly. There is a bit of an issue with the 2D element of 7th Sector concerning one particular puzzle. At one point you will take control of a remote control car but the major problem starts when you need to maneuver it in a 3D space. It’s not impossible to do but trying to gauge where the car is in relation to a door frame was unnecessarily difficult. The choice to switch perspective, even if solely for this puzzle, would have been appreciated and possibly would have cut the amount of time I spent on it.

There are other classic platforming elements to dive into like timing your movement to avoid spotlights, or piloting a security drone and trying to outfly other drones while weaving in and out building structures. Trying to outfly drones trying to kill you sounds stressful, but it was actually a really good time.

It’s not just about the puzzles in 7th Sector as there is an ongoing story that initially plays out in the background. Your actions become more intertwined with the narrative as you progress and more of the story is revealed, to the point you’re actively affecting things around you. As the story progresses and evolves you go through a fair few changes to keep with the pacing. You go from a spark, to an electric ball to bigger things like a robotic dog-like thing with a mounted gun. Depending on certain actions throughout your playthrough, your story will result in one of four endings, but it’s up to you to decide which are “good” or “bad”. On my first playthrough I ended up with Finale 3. I won’t give away the actual name in case of spoilers but in my opinion that particular ending is the one to aim for.

If you are keen on unlocking each ending you’ll obviously need to play through the game a few times. However, some puzzle solutions change will change in subsequent playthroughs, which is awesome. You’ll still need to do the same thing to get to the answer but the fact that it differs, even slightly, is a good step towards multiple playthroughs not being repetitive. It also stops you taking notes of all the codes and makes you work for that new ending, which is not a bad thing in my opinion.

This is definitely one to pick up if you’re a fan of puzzlers. There are enough varied dilemmas to keep the whole game interesting and never make you feel like you’d wish one section would hurry up and end. Even if you have a passing interest in puzzle games, I do think you’d enjoy 7th Sector as it’s different enough to stand out, with an interesting story that will keep you playing through to the end.

Even if you have a passing interest in puzzle games, I do think you’d enjoy 7th Sector as it’s different enough to stand out, with an interesting story that will keep you playing through to the end

Vampire Survivors is coming to Xbox this month